The recent V4.2 patch added a new Epic and Legendary Burst Assault Rifle to Fortnite Battle Royale. Here’s everything you need to know.

Fortnite Battle Royale’s incredible success in recent months has been helped by the development team’s ability to keep things fresh at all times.

They’ve done this through regular patches, Limited Time Modes, adding new and interesting cosmetics, and, of course, keeping players on their toes with new weapons and items to master.

We have recently seen the introduction of weapons like the Sticky Grenade, or even the Port-a-Fort grenade which has been a godsend for players that aren’t the best builders.

However, the new V4.2.0 patch, released on May 16th, introduced two weapons that should feel rather familiar to anyone that has put time into the game – the Epic and Legendary Burt Assault Rifles.

The new rifles will serve to complete the Burst Assault Rifle category but, like the Epic and Legendary Assault Rifles, they look entirely different to the Common, Uncommon, and Rare versions of the guns. 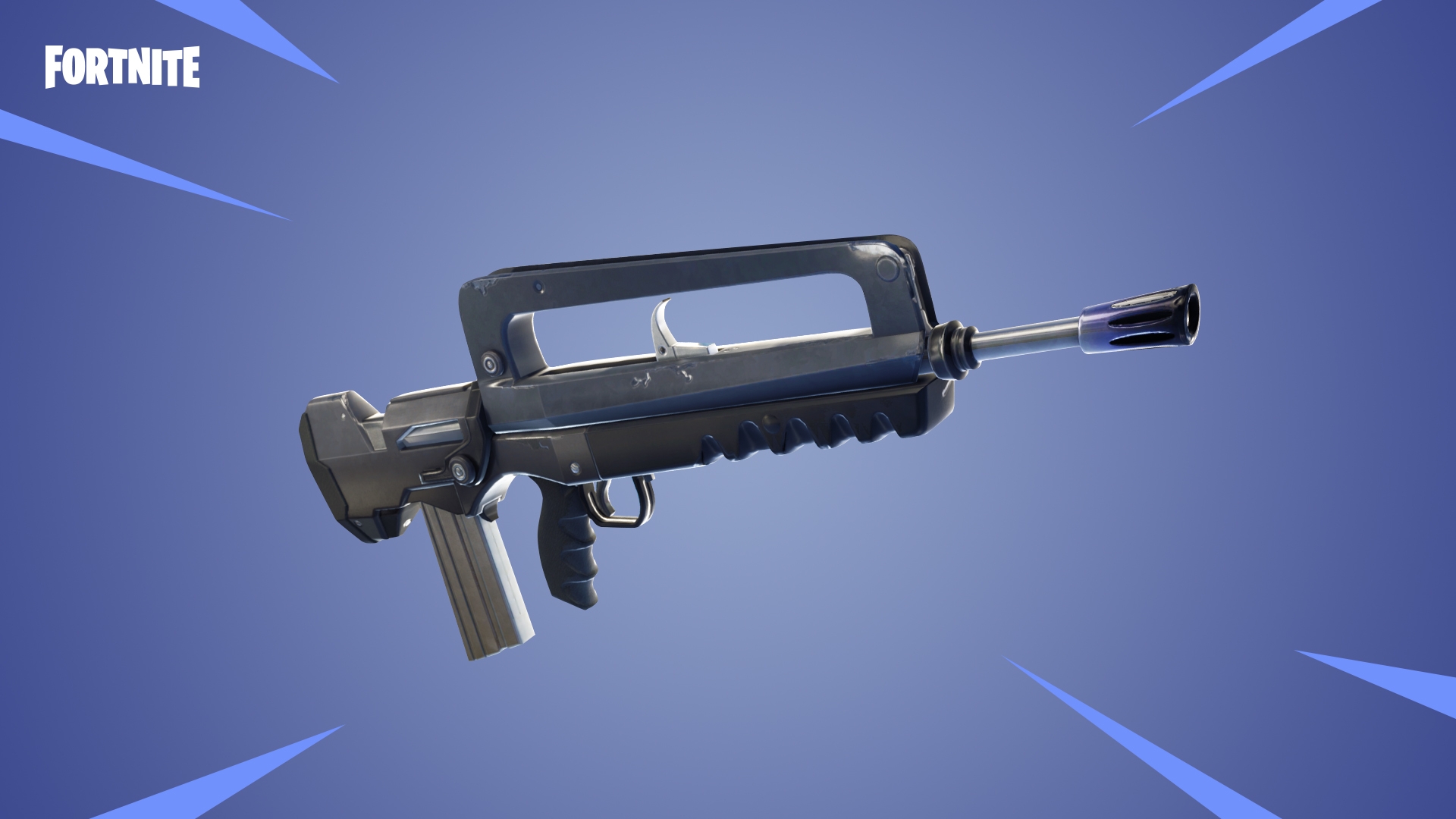 The Epic and Legendary Burst Assault Rifles look much like a Famas, reload faster than the other versions, and deal a significant amount more damage.

The new Rifles can be found in all the normal locations but don’t expect to be finding one in every game that you play as the drop rate is likely to be low.

The patch notes for the Burst Assault Rifles can be found below.

Can be found in Floor Loot, Treasure Chests, Supply Drops, and Vending Machines.

Uses the same damage fall-off ranges as other Assault Rifles.