The ongoing ‘Squad Goals’ trial for Fortnite Battle Royale’s Fall Skirmish series has resulted in the squad kills world record being broken for the third time in less than 24 hours!

This time around it was a European squad consisting of Jamal ‘Jamside’ Saidayev, Artur ‘7ssk7’ Kyourshin, Oskar ‘3vil’ Żeljazkow and Mallqui ‘sifflol’ Farinango Klag that were able to best anything that has been seen from their competitors across the pond.

Competing for the Bush Bandits club in the Fortnite Fall Skirmish, the European professionals managed to put together an incredible total of 59 eliminations in one match, just shy of the 60 mark that many pros have been chasing.

The new record, which builds on the previous best of 57, was shared on Twitter by 7ssk7, a Polish player who competes under the Virtus.Pro banner. 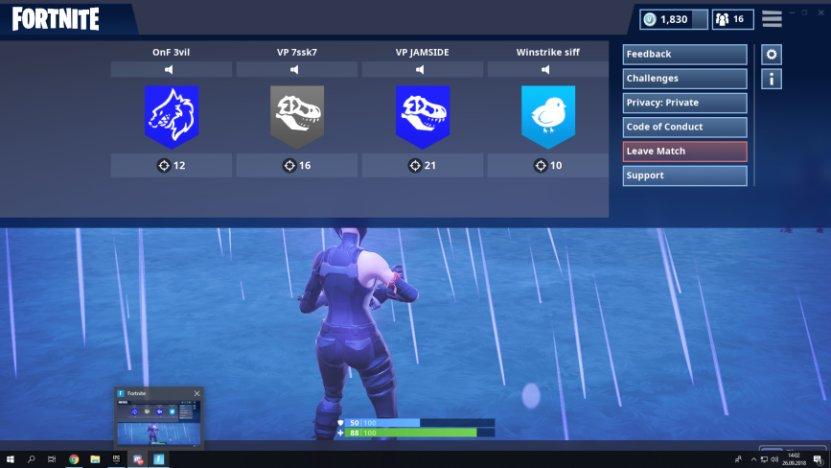 For the Fortnite Fall Skirmish, Epic Games introduced a new club system alongside the standard competitions. Players were divided into five clubs and can earn points for them each week through tournaments and trials.

The Squad Goals trial will award points to the squad of four that gets the most eliminations in a single match, but the squad kill world record keeps getting broken as the various competitors vye for the top spot!

Last night, a new world record of 56 eliminations was set by FaZe Replays, FaZe SpaceLyon, NickEh30 and TurkeyLips, but it stood for just a few hours as FaZe Tfue, FaZe Cloak, Knights ZexRow and Luminosity Gaming’s Kreo came along and went one better to set the bar at 57.

Now it’s been broken again, and the next squad to break it will be the first to ever surpass the 60 eliminations threshold.

For a full list of all currently held world records in Fortnite, you can view our records hub here. With the speed at which the squad kills record keeps changing, we’d advise you to keep an eye on it.