Epic Games have announced that they’ve release some fixes for Fortnite‘s latest v7.30 content update, after players were experiencing some annoying bugs.

These changes have been made just two days after the initial patch was released, with the developers acting quickly to resolve some of the issues that have cropped up since.

In a post to the Fortnite BR subreddit, Epic released details of changed being made in Battle Royale, Save the World and Creative mode too. 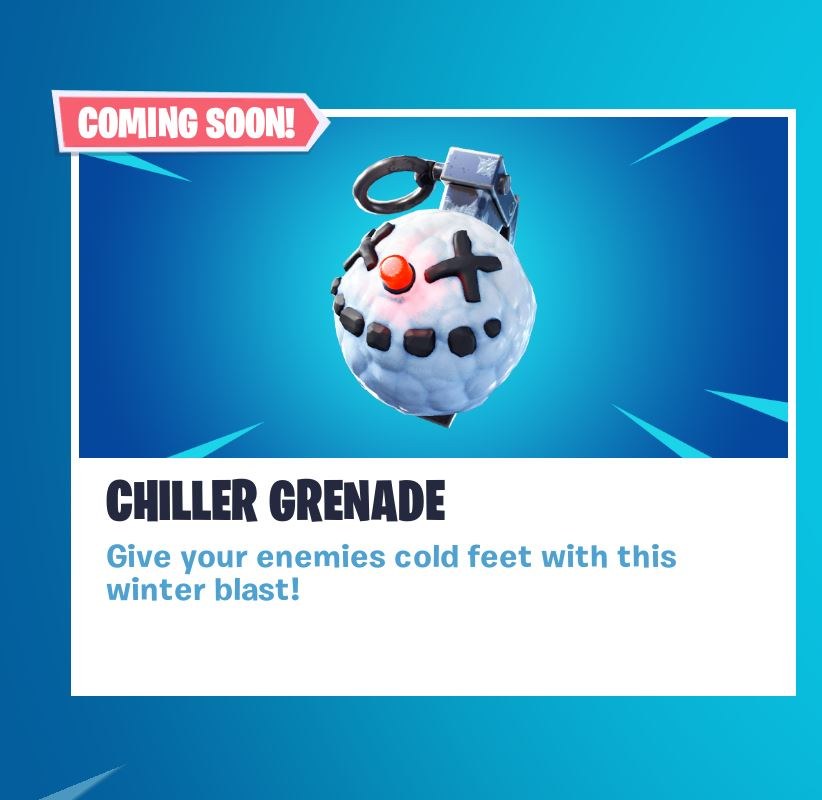 The Chiller Grenade was added to Fortnite in the original v7.30 patch.

This new client update, v7.30.1, has fixed issues where players were being stuck on loading screens in Battle Royale, as well as an issue where people were continually having ‘Connection Lost’ notifications pop up on-screen, despite having solid internet connection.

For mobile players, who received a significant boost in the original v7.30 update, two more changes were made.

The new hotfix put an end to players only having to use the ‘Reset Edit’ function to edit through structures, and the “keybind widget for quickbar slots not displaying on the HUD when using a controller” has also been tweaked. 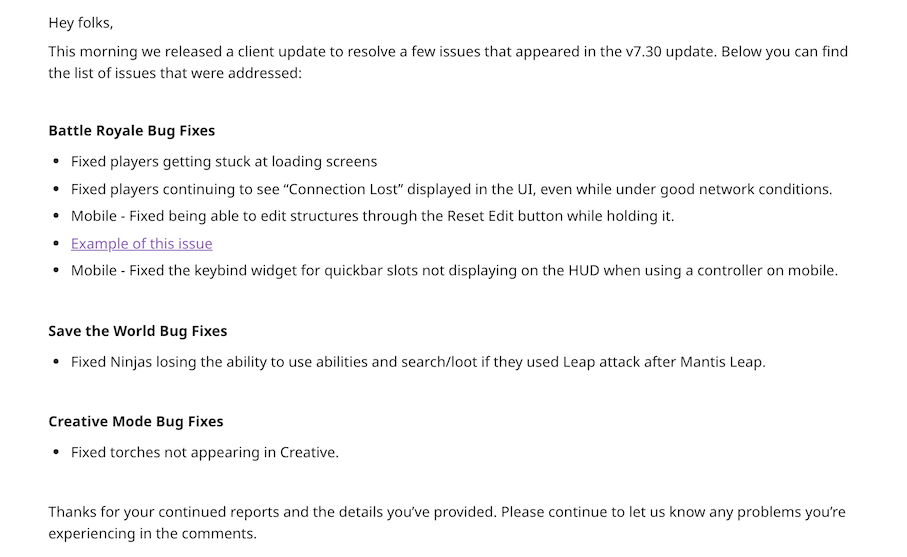 You might have noticed that the post doesn’t include any mention of a resolution for current ADS exploits in Fortnite at the moment, nor does it mention anything about issues where FPS is having a direct impact on aim assist.

However, there’s a reason for that.  Epic Games have confirmed that those issues will be dealt with in the game’s next patch, which will be v7.40.