Epic Games Made a Record Breaking Amount from Fortnite in May

It is no secret that Fortnite is making a lot of money. In February, it generated $126 million, In March, $223 million and then $296 million in April – and has outdone itself once again in May.

After initially launching the battle royale mode in September of 2017, Fortnite was an instant hit. Within a couple of months, it surpassed the then most popular BR game, PUBG, and soon after every other game in the world.

It owes its success to a number of factors, but in terms of revenue made it likely comes down to two things – availability and content.

Unlike most games, Fortnite Battle Royale is available on every platform – PlayStation, Xbox, PC, Mac, iOS and recently Nintendo Switch (Android users will have their hands on it soon).

And Fortnite does content like no one else. Almost every week it seems there is a new skin, glider, emote or ‘back bling’, and everything is available to purchase with V-Bucks – there are no ‘supply drops’ or ‘loot boxes’ involved.

The content is cycled in the store daily, meaning players can only buy a particular item on a particular day, so players are more inclined to do so when they see something they like.

All of this means that finally, developer Epic Games has hit the $300 million mark in a single month, in fact, they smashed it, raking in a whopping $318 million in the month of May according to a new report from SuperData.

“We estimate that Fortnite made $318 million across all platforms in May, up 7% from April. The majority of growth came from console, with mobile and PC both coming in flat compared to April.” 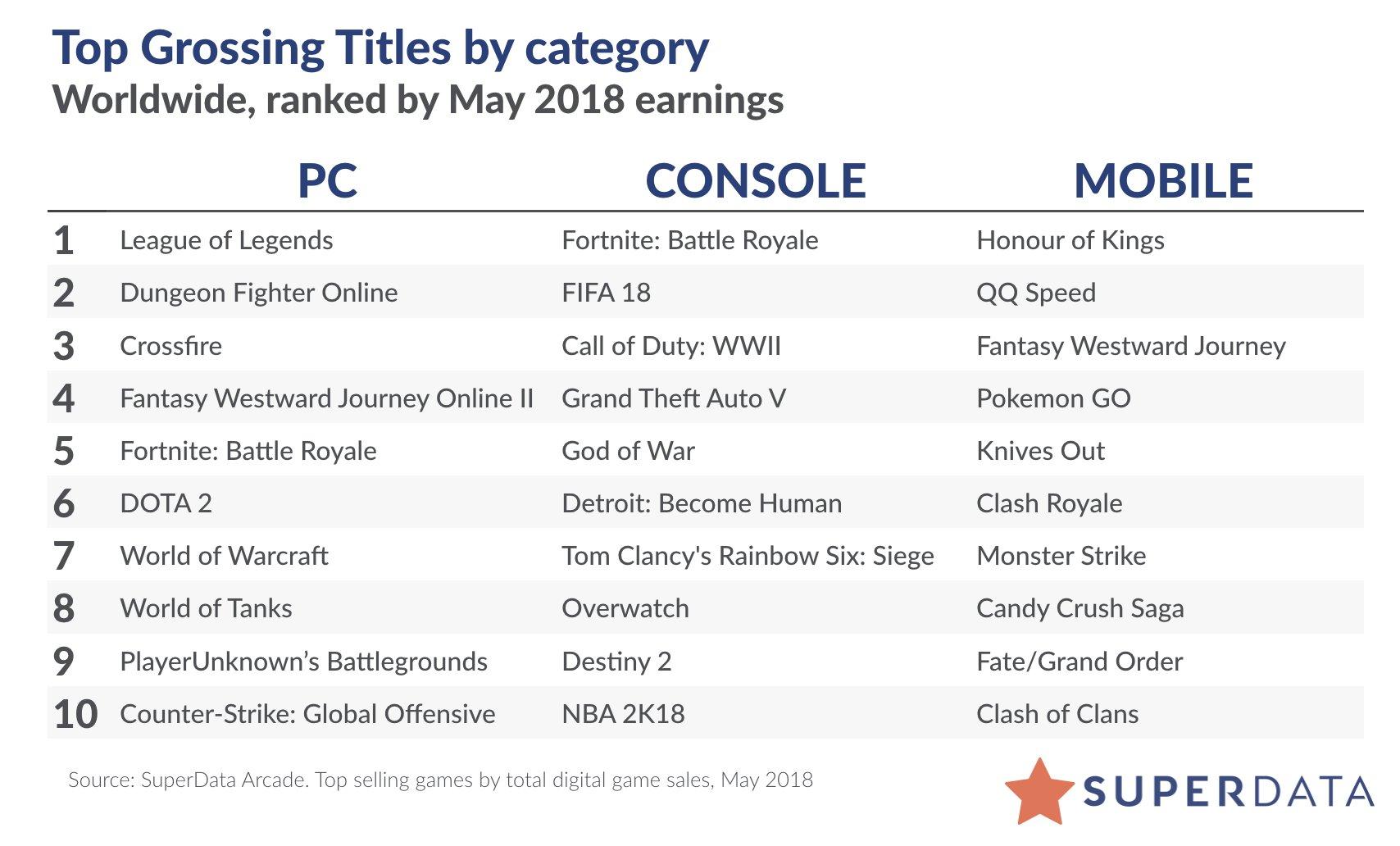 While Fortnite doesn’t make the top grossing titles on the mobile list, this is likely only due to not being available on Android, which is expected to change soon.

Fortnite continues to break records for the most additional content revenue, proving that the free-to-play model can work brilliantly if executed well.

With its success, it is no surprise to see so many other battle royale games releasing soon, but for now, Fortnite has a firm grip on the market.