Fortnite’s overall goal for providing people a fun way to play, meaning it might not be leaving the island.

The BRUTE was introduced with Fortnite’s 10.00 patch on August 1. While it’s provided loads of entertainment for all kinds of players, the more competitive portion of the community have been slamming the developers since integrating it to the game.

Now the devs have given their side of the hot-button issue and explained what they originally had in mind when adding the BRUTEs. Even though there’s a lot of player frustrations, it actually looks like the mechs are actually performing their intended jobs well. 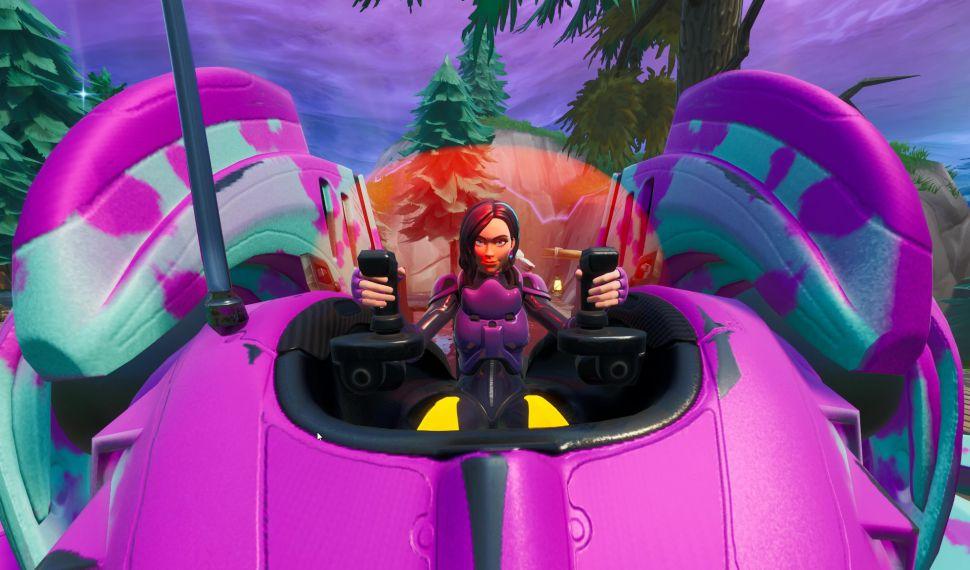 Epic Games are standing their ground amid heavy backlash from the Fortnite community.

In their statement, Epic Games said that the mechs were originally conceived to “provide spectacle and entertainment when playing Fortnite.”

Even as the BRUTEs caused a popular Twitter trend with players calling to #RemoveTheMech from Fortnite, Epic Games has doubled down on their decision to keep the destructive vehicle on the battle royale island for now.

There’s a lot of concern for the effects that the BRUTEs will have to the esport side of Fortnite. Though it seems the decision was largely to facilitate the entertainment value for the more casual Fortnite audiences.

“The B.R.U.T.E. was added at the start of Season X with this mission in mind,” Epic Games said. “Since then, we have seen players who had previously struggled with getting eliminations acquiring more, while the number of eliminations earned by more experienced players remained steady.”

Epic Games even gave players a peek inside the number of BRUTE eliminations that players have been racking up since it launched.

While the mechs can be a handful to deal with, the devs said they’re “happy” with how the community has been utilizing the machines.

The statistics provided show that while there’s a lot of backlash toward the BRUTEs, they’re averaging under eight eliminations per game across all modes.

Even though the mechs can get easy kills, Epic Games are focusing instead on the relative impact they have on a particular game.

For the full Epic Games statement on the mechs, check out their full statement below.

By The Fortnite Team

We’ve heard the frequent discussions (#RemoveTheMech) about the B.R.U.T.E., and decided this would be a good opportunity to explain the Fortnite philosophy. The mission of Fortnite is to bring players of all skill levels together to have a fun experience where anyone can win. For example – everyone having a shot at that first elimination or Victory Royale moment and the satisfying feeling that comes with it. Right now, we know there are players out there who have never had that opportunity.

Another part of the mission is to provide spectacle and entertainment when playing Fortnite. Bringing these moments to the game every week means there is always a new way to enjoy and experience the game.

The B.R.U.T.E. was added at the start of Season X with this mission in mind. Since then, we have seen players who had previously struggled with getting eliminations acquiring more, while the number of eliminations earned by more experienced players remained steady.

B.R.U.T.E. encounters should feel like a unique engagement and not be the dominant experience during a game. We made adjustments to the B.R.U.T.E within Arena, in line with that goal. Specifically for Arena we made the change to spawn rate in order to reduce late-game encounters. This is due to a higher number of players surviving to those circles compared to non-Arena modes. We’re happy with the results and the below graphs represent the current state of B.R.U.T.E. eliminations across both Arena and core modes.

We regularly have and will continue to release content that shakes up gameplay in Fortnite in unexpected ways. And we’re committed to providing a constantly evolving, entertaining and fun experience to all players.