Fans of Fortnite Battle Royale have been desperate to see an end to accidental purchases, and Epic Games have finally confirmed the solution will be added in the next update.

The item Shop is Epic’s main method of generating revenue, given that the game is free to play on all platforms, but there is a major flaw in their system.

Currently, players can purchase skins and other cosmetic items freely – without needing to confirm their buy – resulting in players spending their V-Bucks on unwanted items by mistake; especially when previewing a skin’s selectable styles.

At the moment, the only way to return unintended purchases is through the refund system – however, there is a lifetime limit of three requests and many players will have already used up their three tokens. 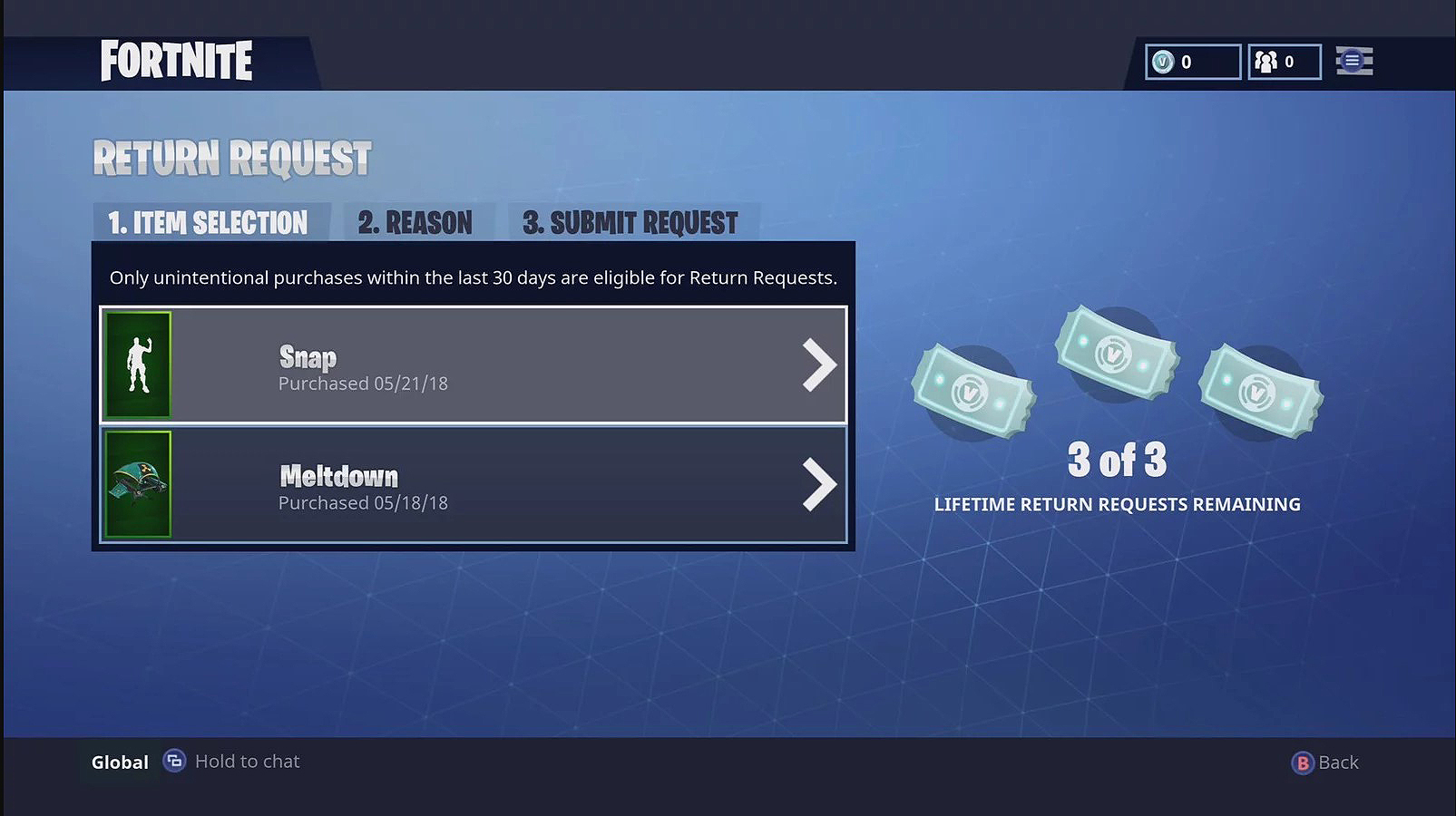 You are unable to refund items after using three tokens.
[ad name=”article2″]

When will the undo purchase button be added?

Luckily, Epic Games confirmed
that an undo purchase button was forthcoming, meaning any items bought in the shop can be returned free of charge within a five-minute time period.

Now, an Epic’s VP of engineering, Daniel Vogel, has confirmed on Reddit that despite the feature not being implemented on the release of Season 9, it is pencilled in for the next major game update – v9.10.

There has been no information on when the update will be released, but the patch usually releases on Tuesday meaning the undo purchase button could be added on May 21.

The refund system will continue to work as normal but this new feature should provide a much-needed safety net for players who accidentally purchase cosmetic items from the shop.

An undo purchase button will be added to the item shop.

Also set be included in the update is a fix for the newly added combat shotgun as TSM Daequan was able to highlight a major inconsistency with the weapon’s damage.

Epic Games confirmed they were investigating the issue meaning a fix should be forthcoming.