Fortnite has revealed the fourth set of duos who will be competing at the Fortnite Pro-Am competition at E3.

The June 12 event, which will be held at the Ban of California Stadium in Los Angeles, will be the first Fortnite event that has been organized and sponsored by developer Epic Games.

Announced on May 22nd, the Fortnite Pro-Am Competition at E3 2018 will team up 50 of the biggest names in the Fortnite gaming community with 50 well-known celebrities, which includes various musicians, athletes, and more.

The 2v2 competition will feature a whopping $3 million prize pool, all of which will go towards the charities of the players’ choice.

The fourth set of participating teams was announced on June 5th, and it certainly does not lack in either star power or Fortnite skill.

The full list of the newest teams can be seen below: 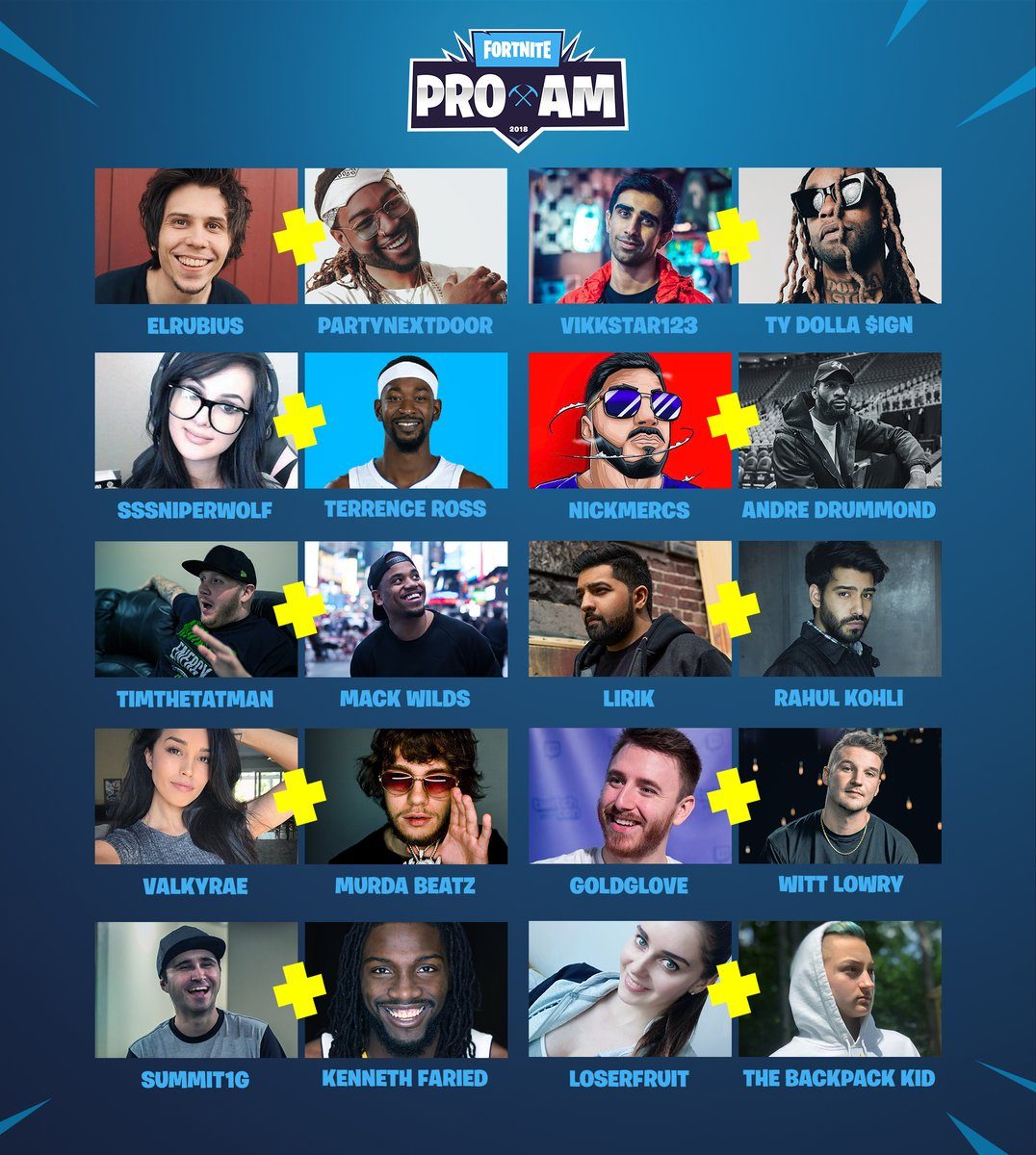 Since the event was announced, Fortnite has periodically revealed the teams that will be participating. You can view all of the teams that have so far been announced by clicking the links below:

Epic Games have announced that they will release the fifth set of participants on Friday, June 8th.