While there hasn’t been much to complain about the Item Shop, the one main grievance that players have had with it is the finality with which cosmetic items are sold, as there is no free way to refund them.

The way the shop has always worked is once a player clicks on the ‘purchase’ button on any cosmetic item’s page, the sale is immediately initiated with no free recourse.

In an effort to appease the player-base, an Epic Games employee confirmed on Reddit that an Undo Purchase button would be added to the Item Shop as a way for players to cancel any purchases they had potentially made by accident.

The only catch of this new feature will be that players will only have up to five minutes after having made the purchase to refund it, as long as they did not load into a match after making the purchase.

The Undo Purchase button was first announced in March, and now its release date has been revealed.
[ad name=”article3″]

The initial announcement for the Undo Purchase button made back in March did not include a timeline for when the feature would go live in the Item Shop.

On April 19, after weeks of players nagging on Reddit, the same employee revealed that the button is “currently slated for Season 9,” which is expected to kick off in the first half of May.

To this point, most seasons have lasted about 10 weeks, or 70 days, which would put the end of Season 8 and the start of Season 9 at around May 8.

However, the wording of the Epic employee’s announcement does not specify when during the ninth season the Undo Purchase button will go live, so it could happen after the season begins. 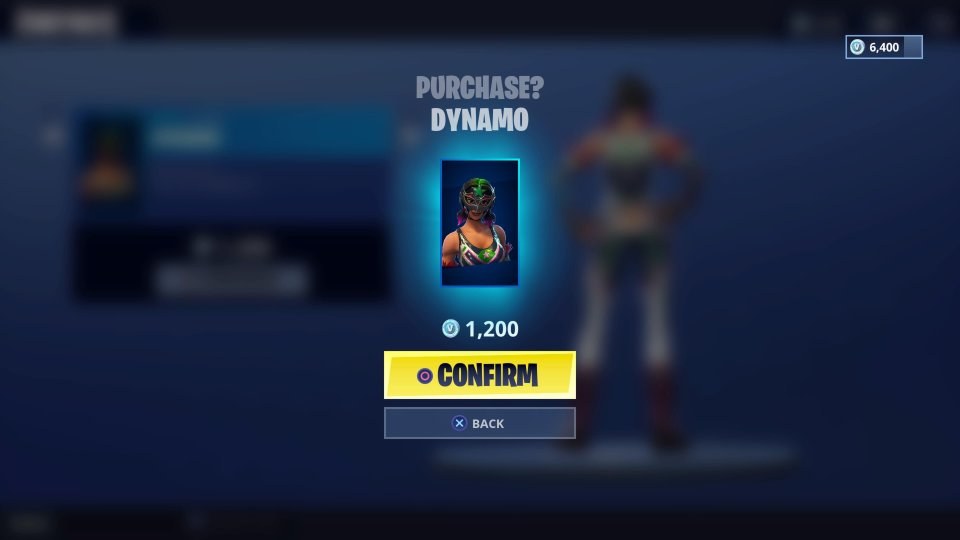 Players have been asking for a confirmation step to be added to the Fortnite Item Shop, much like the concept image above.

The problem that players have with the way the Item Shop currently works is that there is no additional step between clicking the Purchase button on an item and the sale going through.

This means that any items purchased accidentally can only be refunded by using one of three precious Refund Tokens each player gets for the lifetime of their account, assuming there are any left.

While the Undo Purchase button is a step in the right direction, many players feel that it still might not be enough, some proposing for a confirmation screen to be added as well.