An Epic Games developer has commented on a post about changes to building options on Fortnite when using a controller, and it is potentially the change all console players have been waiting for.

Fortnite’s popularity has a lot to do with the fact that it is available on console as well as PC, meaning that in when it released in September 2017, it was the only battle royale game not exclusive to PC.

But, with all battle royale games, PC is still the superior platform to play on, purely because of the range of keys which can be used for all the various actions, and in Fortnite especially, building.

On console, building can be more cumbersome, requiring multiple button presses to place a ramp or wall, while on PC it is much more efficient.

The very best console players have now practiced to the point where they are lightning quick, but Epic Games is still working on the system to make building on console as seamless as it is on PC.

One suggestion came from a fan on Reddit, changing the buttons from simply selecting a building option, to just placing it, effectively cutting out a step in the process. An Epic dev responded saying, “we’re adding an option for this.” 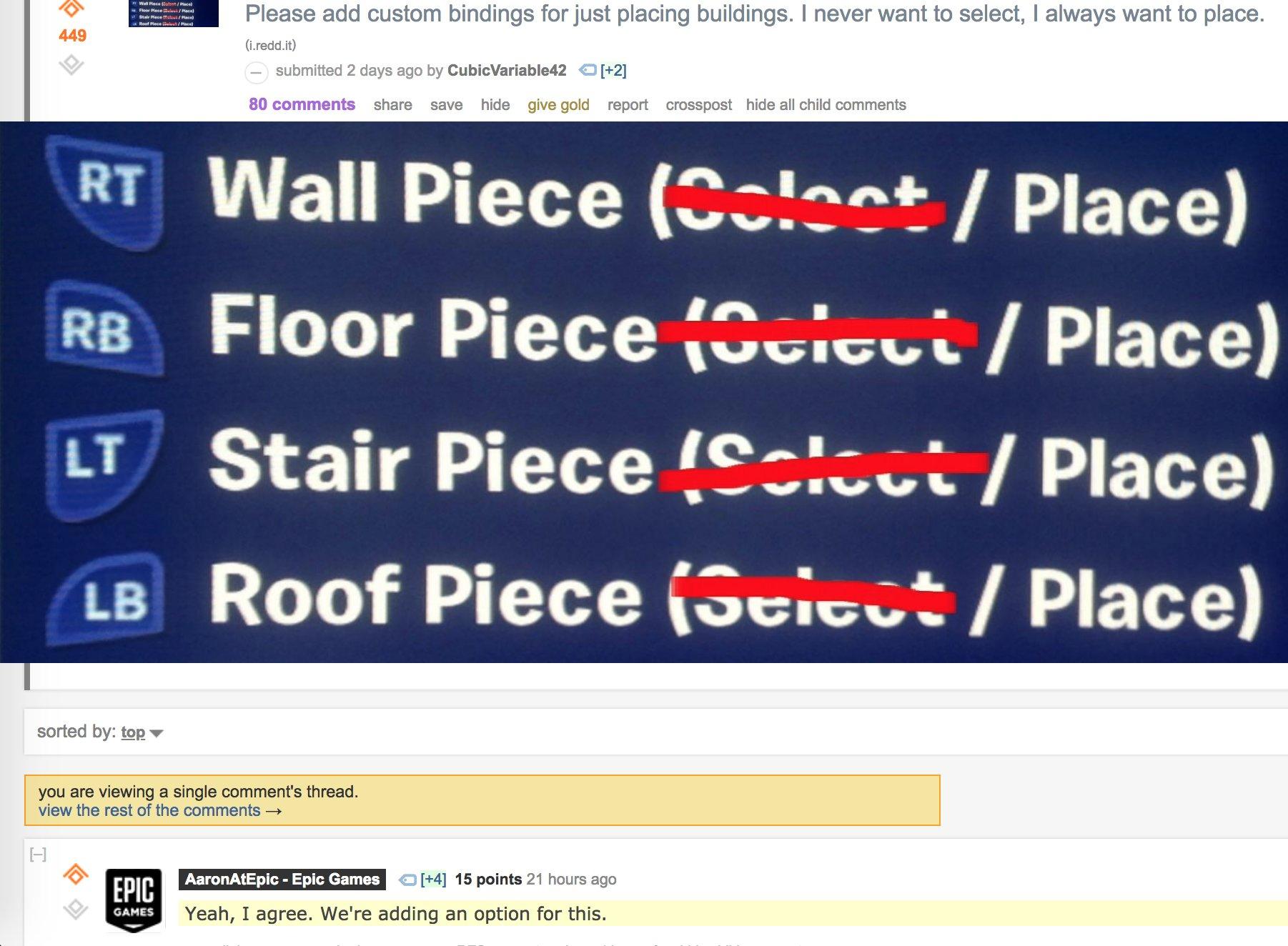 Explained by FaZe member Bassey, this change would bring console building in line with PC, by making it a two input process, rather than three as it is currently.

Is a bigger necessity for console because right now a build on console is 3-input vs PC's 2 (build > [select piece > confirm piece]). This change on console would bring them even at 2

But if it came to PC too, it'd be 1-input & still have the advantage. So i'd say probably not?

We don’t know when Epic Games plans to add this option into the game, but their turnaround on new updates and features is usually pretty quick, so we should expect this in the near future.

It will be most impactful for cross-play lobbies, especially now that Fortnite is completely cross-platform, with Sony allowing it recently with PS4. Multi-platform tournaments would also be helped by improving the building mechanics for controllers, levelling out the playing field more.