It appears that the Cosmetic Refund System in Fortnite is set to be added back into the game very soon.

Sources have leaked an image in which an apparent Epic Games Player Support representative confirms that the system will be re-implemented on June 1st.

Fortnite added its Self-Service Cosmetic Refund System during Season 3, allowing players to trade back some of their purchase outfit skins, pickaxes, gliders, and emotes for a full V-Bucks refund.

Some limitations were put in place however, as each account could only refund three items lifetime, and the items all had to have been purchased during a certain period of time.

Unfortunately, the refund system was quickly disabled due to undisclosed issues, and little has been heard about it until now.

A Fortnite leaks/updates outlet known as ‘Fortnite: Battle Royale Leaks’ tweeted out this image on May 21st. 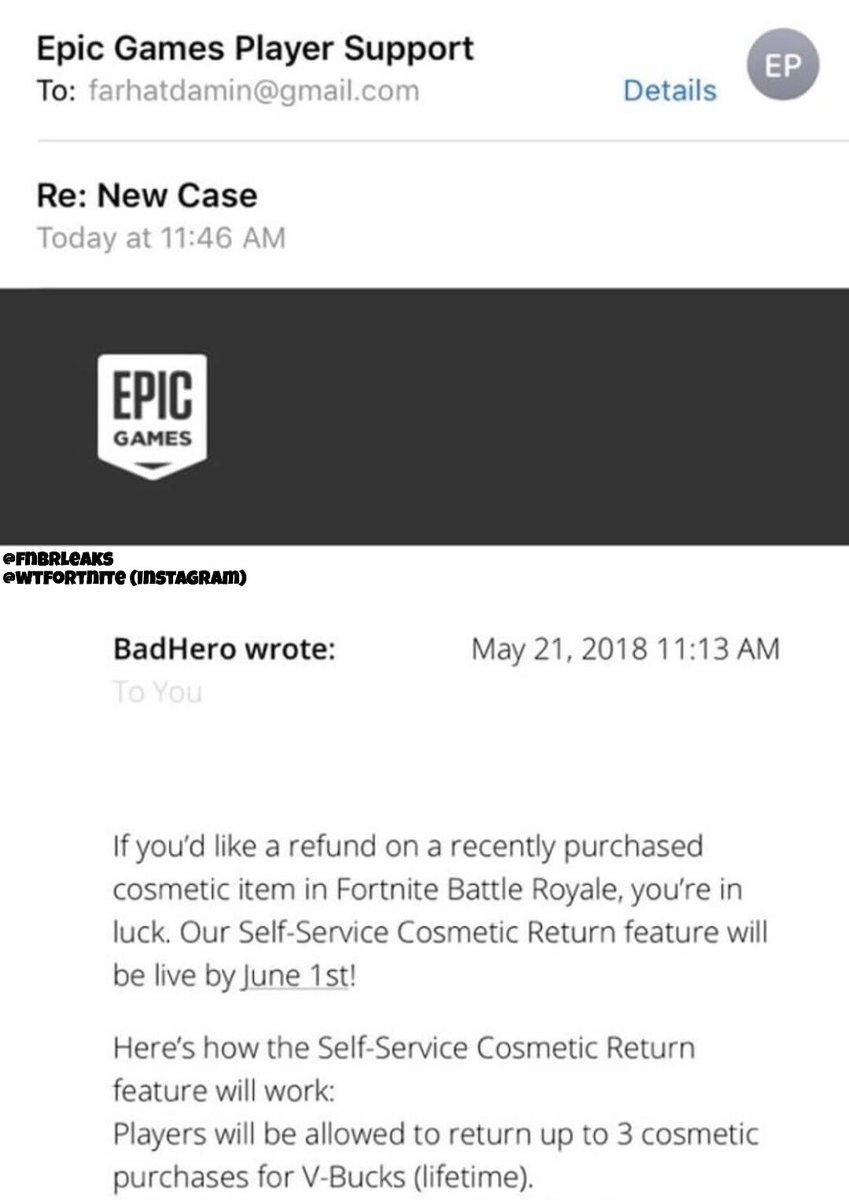 Considering that this has not been officially announced or confirmed, the image should be treated as merely a speculative leak.

However, if this is indeed true, it should excite many of Fortnite’s vast fan-base who have been clamoring for the refund system to be brought back from the moment it was disabled.