The release of patch v4.2 in Fortnite Battle Royale patch has resulted in a number of new finds in the game’s files, including new skins, pickaxes and back bling.

Season 4 of course has already brought with it a lot of new items, and it looks like Epic Games will be continuing to churn out the cosmetic customization items as the season goes on.

Data miners, TwoEpicBuddies, have discovered some new skins and items hidden in the game files that were released along with the most recent V4.2 patch.

It looks like there is another fish/alien head character, some new space suits (or possibly diving suits), and some impressive back bling and axes.

The files cannot determine the names or rarities of the skins yet, so this is all the information we have on these new skins as of right now.

It is likely that some of these skins will only be available to battle pass holders, and may be unlocked through completing challenges, similar to the previous set of skins in season 4. 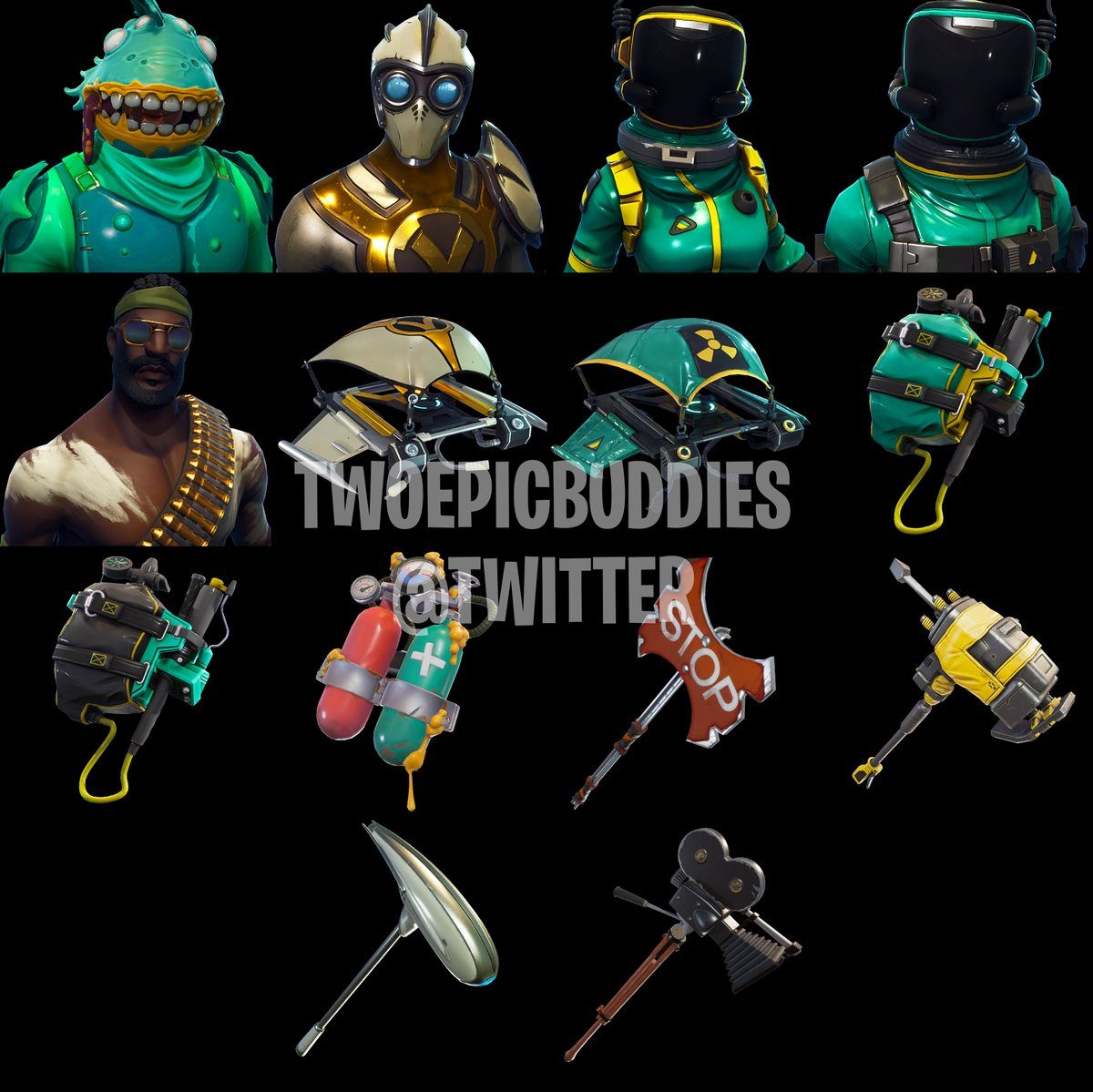 When we know more about these new skins, with their names and rarities, we will keep you up to date.

For now, make sure you keep up to date with the all new patch notes, and cheat sheet for this weeks challenges, so you can rank up and unlock these skins ASAP.