Dakotaz can’t believe Ninja was “triggered” by his Fortnite opinion

Twitch streamer Brett ‘Dakotaz’ Hoffman has criticized members of the Fortnite community who have taken issue with his comments about the game, particularly fellow streamer Tyler ‘Ninja’ Belvins.

Christmas Eve saw the Fortnite community transfixed with a high-profile argument between Dakotaz and Ninja, as the two clashed over the former’s criticism of Fortnite. Dakotaz has been both an outspoken fan and critic of the game and its developers, despite continuing to play it on Twitch.

In response, Ninja suggested that streamers who constantly criticize the games they play are detrimental to their success. He also said that the streamers should simply play other games, instead of sticking with a game they find frustrating. 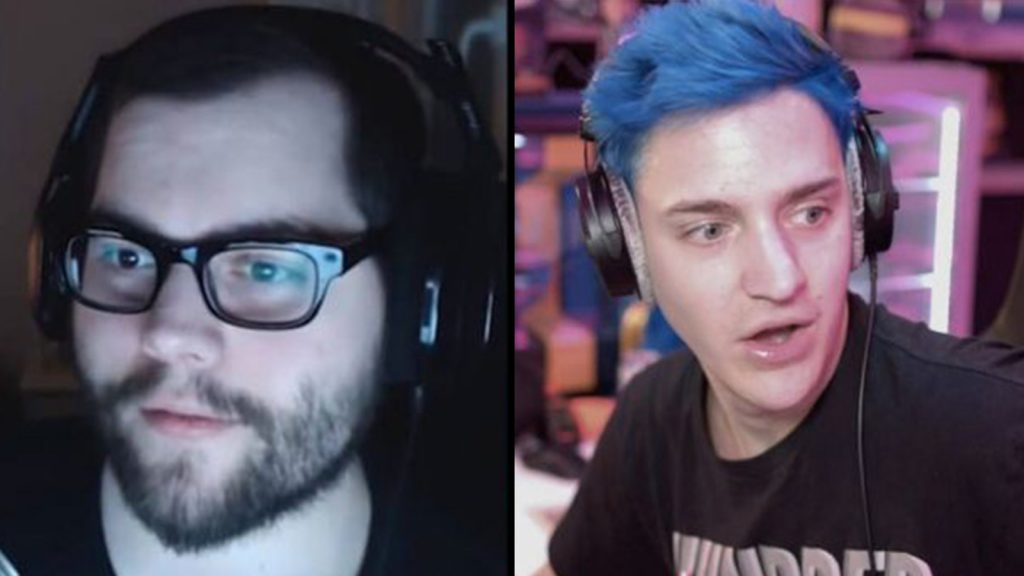 Dakotaz and Ninja have been at each other’s throats for some time.

Ninja had previously replied to a Dakotaz tweet critical of Fortnite, and the Twitch streamer took issue with Blevins and hit back furiously, blocking him on Twitter and telling him: “Not everyone’s gonna kiss your ass.”

On December 26, Dakotaz was reading a donation message, in which the viewer says that their 9-year-old “won’t quit the game because of your opinion.” This was one of Ninja’s concerns; that young, impressionable players will mindlessly echo the opinions they hear from streamers.

“Here’s the crazy thing,” Hoffman said. “My opinion wasn’t that bad, you know what I’m saying? All I said was ‘Fortnite’s hot garbage right now’. That’s all I said. Some people were acting like I said ‘yo, Fortnite needs to die’… ‘this game is unhealthy for all of us’.”

“I said like four words,” Hoffman continued. “Like, what? I said four words! You would’ve thought I did a campaign and a protest against Fortnite. That’s the day and age we live in. People get triggered over four words.”

While Dakotaz does not specifically mention Ninja, it’s hard to imagine he’s referring to anyone else. The pair’s public argument even accrued the attention of Turner ‘Tfue’ Tenney. Tenney and Blevins have argued in the past over the ex-FaZe Clan star’s negativity towards Fortnite.

Others argue in favor of Ninja, and say that people like Dakotaz, who regularly criticize Fortnite, would be better off being more positive, or changing game.

Regardless of the community’s opinions, Hoffman appears slightly surprised that his comments have sparked such a debate.