Epic Games have revealed that controller button customization will be implemented in Fortnite right at the launch of Season 6.

‘AaronAtEpic,’ a senior technical designer at Epic Games, published a post on Reddit in which he announced that custom controller bindings would be available in game right after the release of the v6.0 update on September 27.

According to the post, a new ‘custom’ option will be added to the controller configurations section, found on the left side of the controller layout menu in the game’s settings.

Players will then be able to select that option and have a wide variety of button customization selections to choose from, allowing them to set up their controller to their exact preferences.

Certain selected button assignments will have a ‘hold action’ or ‘double tap action’ designation, making it clear for players when they are customizing their controller layout.

The Reddit post also includes several images that show what the new menu and options will look like, so that players will know what to expect once the v6.0 update drops.

Aaron did note that this is could be the first of additional phases of what Epic is planning with controller customization.

“The idea here is to make a system that is easy to use,” he wrote. “And can be built upon with more functionality in later releases, if needed.” 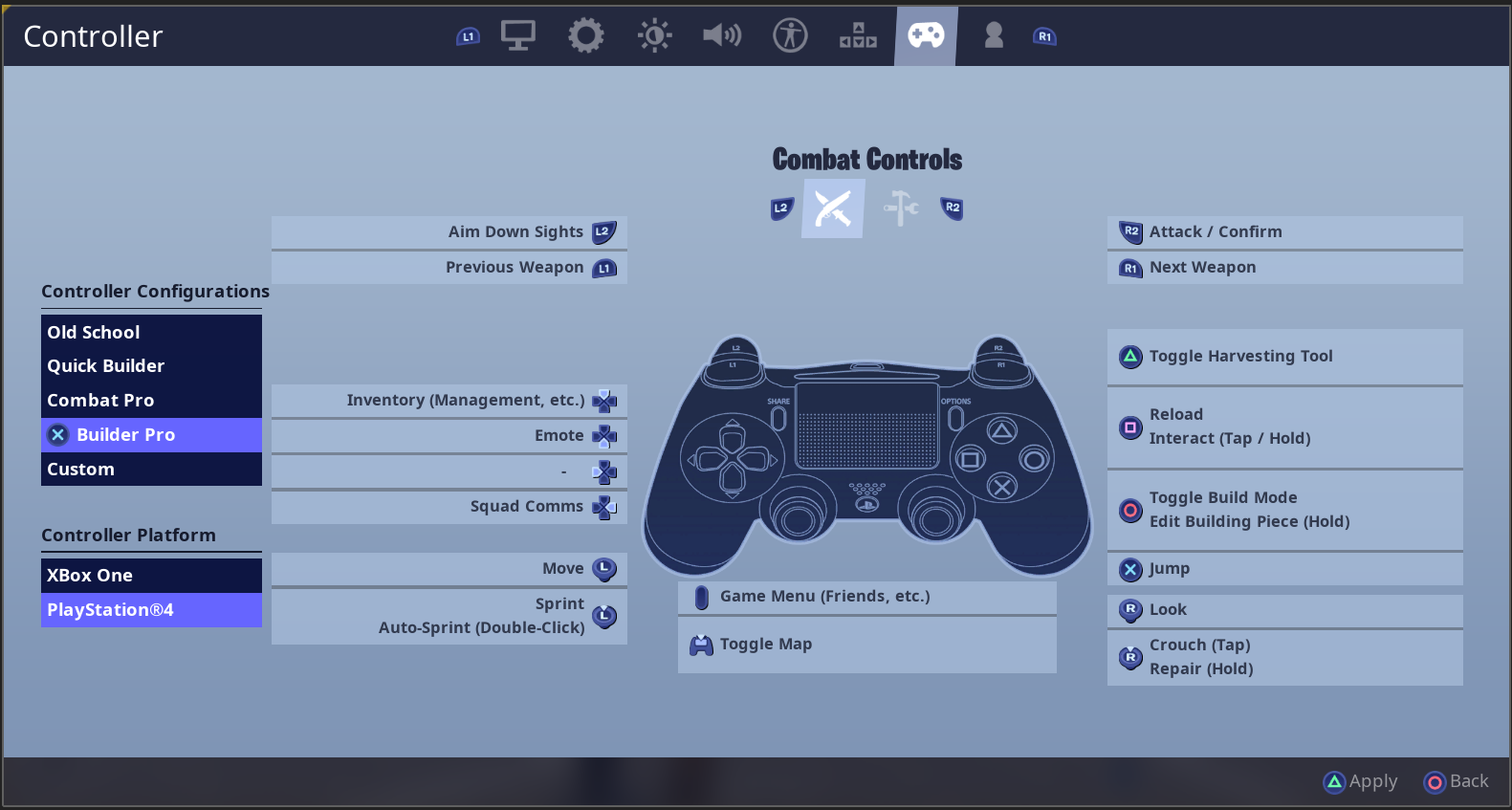 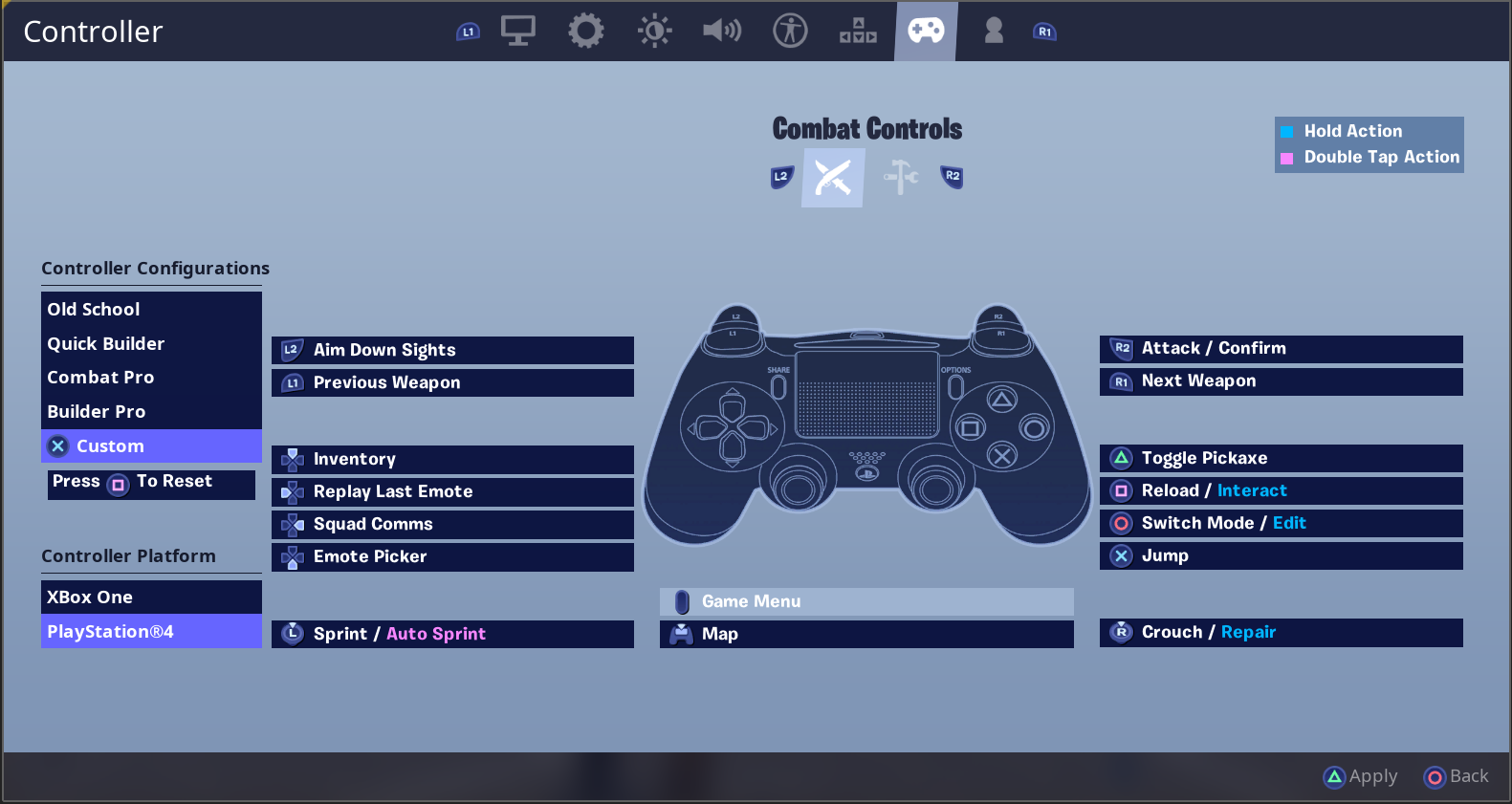 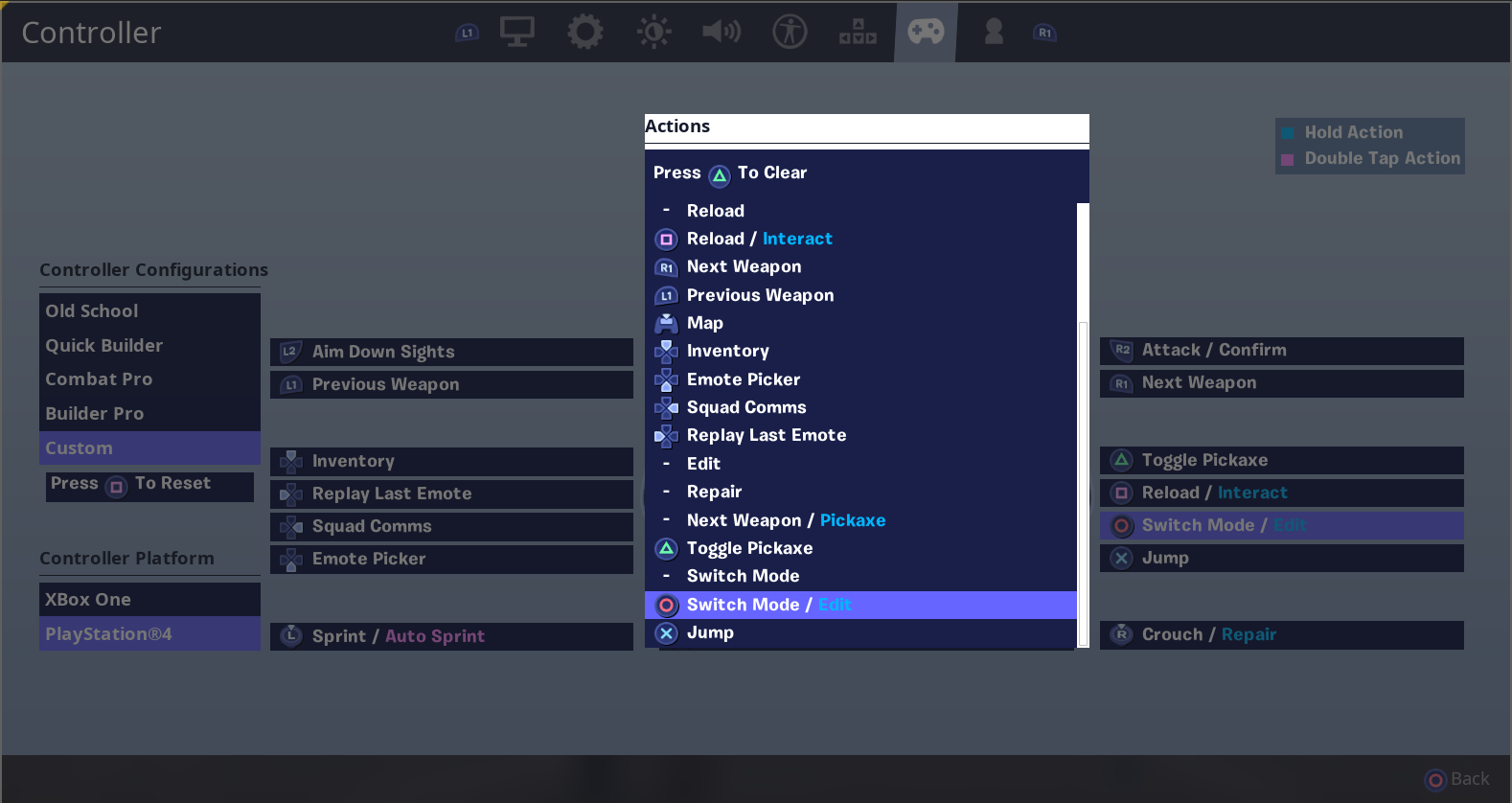 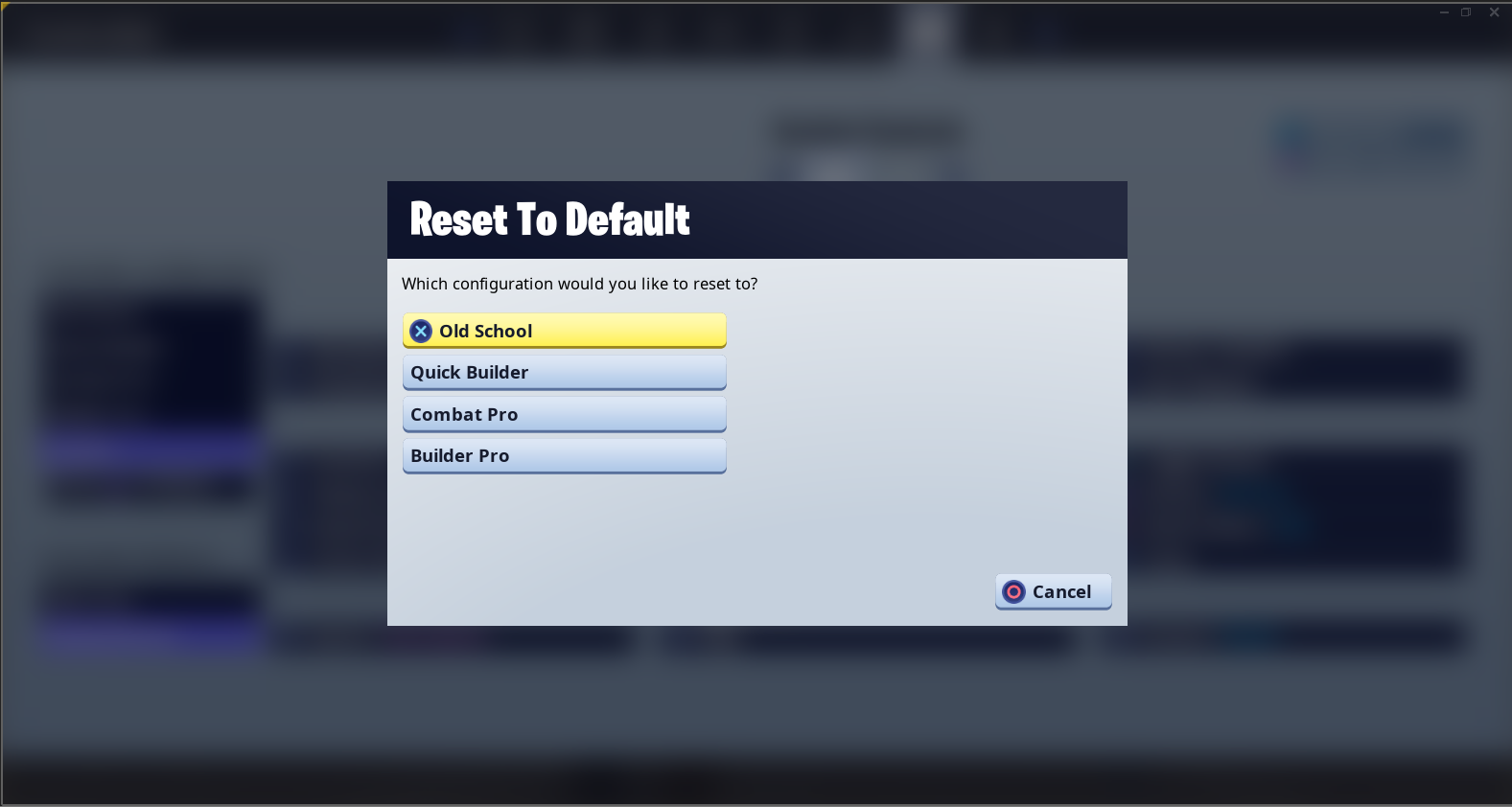 The lack of custom controller bindings in Fortnite has been something that many console players have lamented about for a long time, considering that their PC counterparts have full control over their key-binds.

Despite the release of new preset layouts, such as Combat Pro and Builder Pro, players have been asking Epic Games to implement full customization, and their wish is finally being granted.