Sometimes, the Fortnite: Battle Royale plays with the greatest possible reward have the highest chance of going completely awry.

This concept was put on display perfectly as Jack ‘Courage’ Dunlop attempted to make a hero play with an Impulse Grenade after building a massive ramp to the sky while fighting an enemy team.

While the original plan seemed to be that CouRage would boost himself off the ramp into the enemy base with an Impulse Nade to potentially secure the Victory Royale, the reality was that the blast actually sent TimTheTatMan flying off the map which killed him instantly.

The hilarious clip can be viewed from TimTheTatMan’s perspective below and includes his sheer look of disappointment and confusion following the incident.

After he was eventually knocked by the enemy team following his intrusion to the enemy base, CouRage could not believe that he was responsible for Tim’s death and, ultimately, the loss for their squad.

However, CouRage did feel some remorse following the accident and took the time to apologize to the world via Twitter. 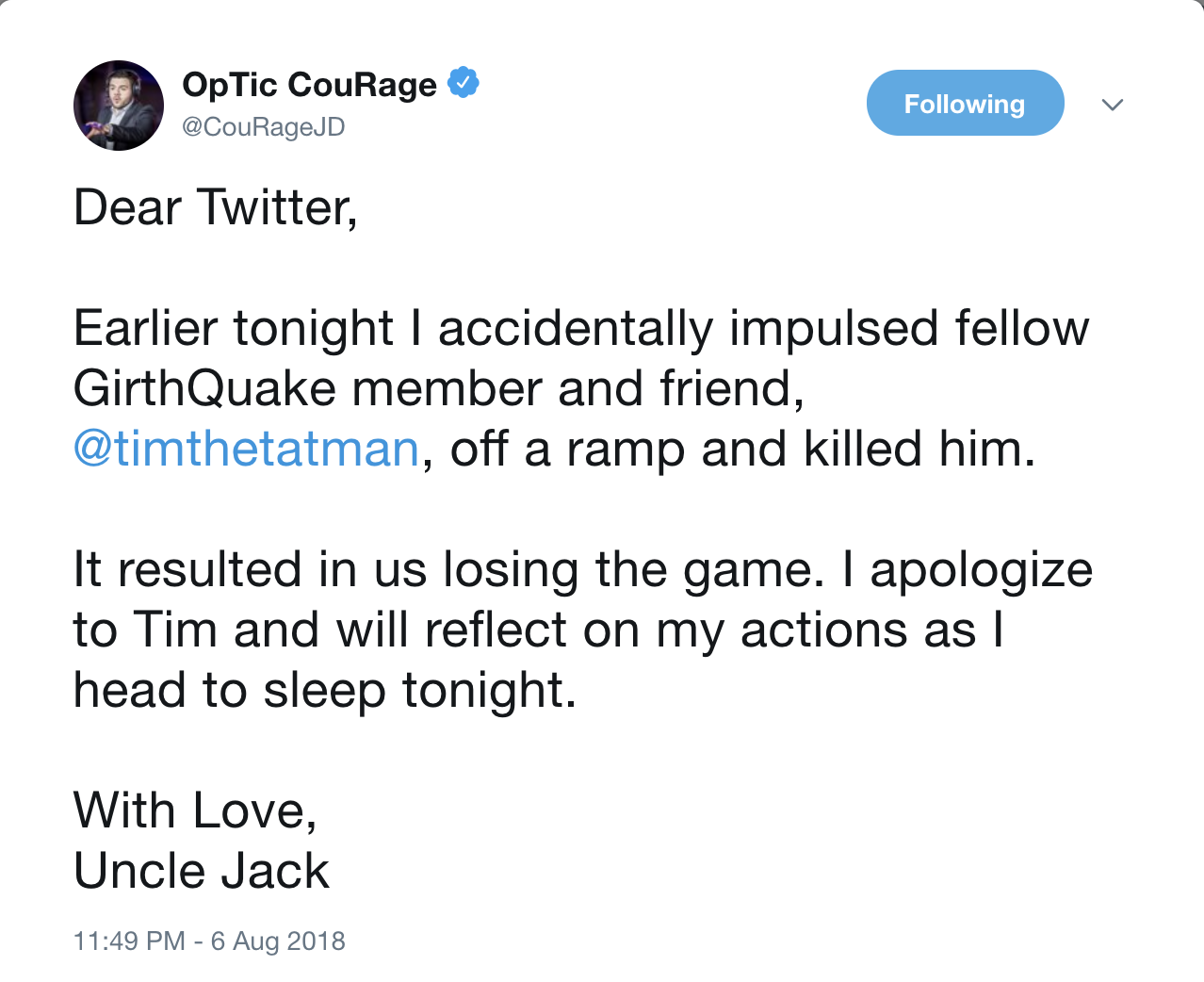