The explosive popularity of Fortnite: Battle Royale has become an inspiration for many of the internet’s creative minds.

Numerous graphic designers and concept artists have put their skill set to use in generating ideas that they hope will someday find its way into the game.

One such designer is Reddit user ‘JJ_Zenyo,’ who has created a concept for adding color edit options to existing Legendary Battle Pass skins in Fortnite.

This falls in line with one of the game’s recent updates, which allowed players to change the color scheme of the Carbide and Omega skins that are unlocked by leveling up the Season 4 Battle Pass.

In the provided image, the user generated three different versions of each of those skins, with each one having a different color scheme. 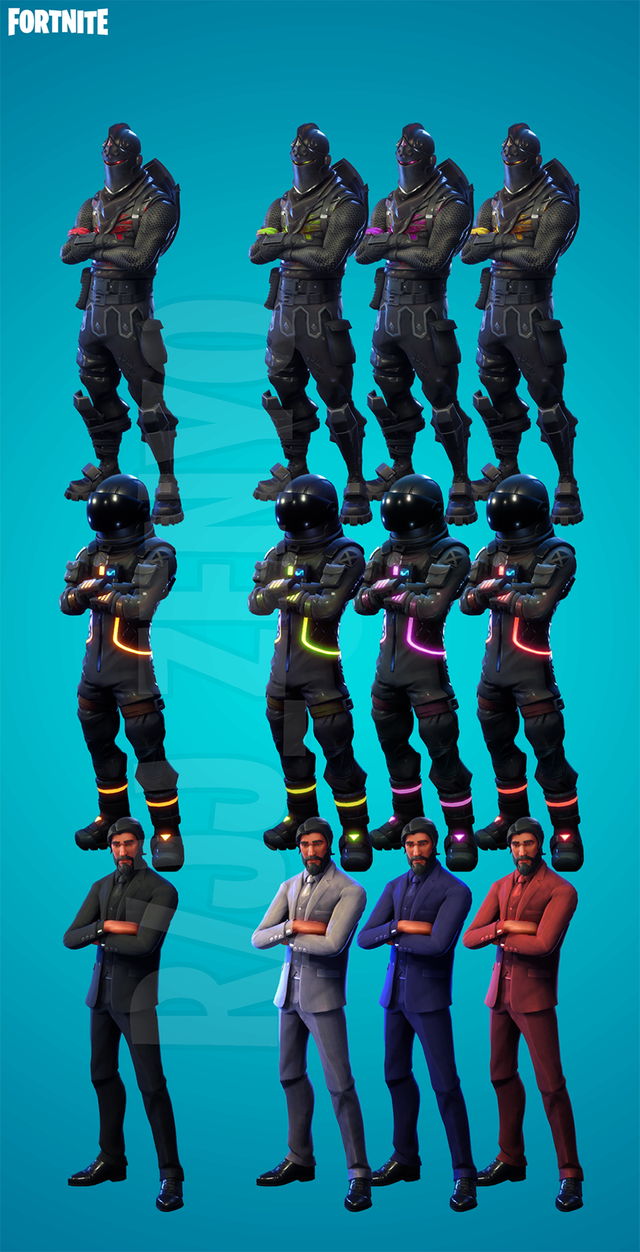 Although developer Epic Games has not shied away from using player created concepts in Fortnite, it would seem very unlikely that they would go back and implement this feature for skins from previous Seasons.

However, the fact that the color edit option has been added for some Season 4 skins could suggest that it would remain as a feature for future Seasons as well.