The all-new Wingman Starter Pack for Fortnite Battle Royale is now live and available for purchase in the store.

The V4.4 patch for Fortnite Battle Royale was released on June 11th, introducing the new Thermal Scope Rifle, a new soccer stadium, and much more.

As is always the case with these major updates, data miners were quick to find and leak numerous upcoming cosmetics, items, and emotes.

Included in those leaks was a new “wingman starter pack” which would presumably be similar to the Rogue Agent Starter Pack that was released back in March.

It turns out that those assumptions were correct as the Wingman Starter Pack is now available to purchase in the store for a total of $4.99.

The pack includes an Epic Wingman Outfit and an Epic “Bogey Bag” Back Bling and 600 V-Bucks so it’s a nice introduction to the game for newer players looking to get their hands on some Fortnite swag. 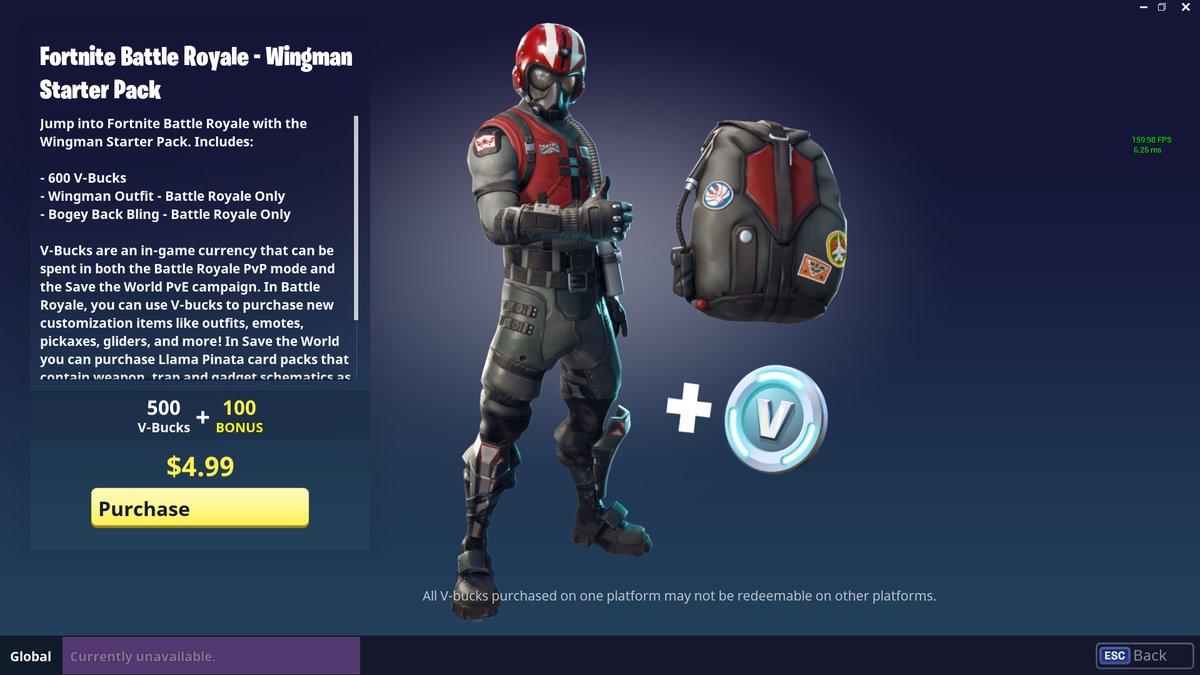 With the addition of the Wingman Starter Pack, the Rogue Agent Starter Pack is no longer active and cannot be purchased.

If you’re unsure about committing to a Battle Pass or buying daily items, the Starter Pack might be the perfect purchase to avoid the stigma of using a default skin while still saving your bank balance!