Epic Games, developer of Fortnite, is constantly at work bringing new items, skins and even weapons to the battle royale mode, in an effort to keep the experience fresh for the massive player base.

Weekly content updates are typically when fans can expect these new items to arrive, with recent additions including the shopping carts, bouncer traps and shield mushrooms.

It has been a few weeks since a brand new weapon was introduced however, with the last time being the ‘Famas’ burst assault rifle.

For the next new weapon, it looks like Epic Games feel the assault rifle category needs another new addition, with a new Thermal Scoped rifle being unveiled.

There is already a scoped rifle in Fortnite, giving players a lot of extra range than the unscoped AR’s, however in comparison to a sniper rifle it is relatively inadequate.

This new thermal scoped AR may be Epic’s attempt at a weapon which can more effectively provide a cross between a sniper and a regular AR. 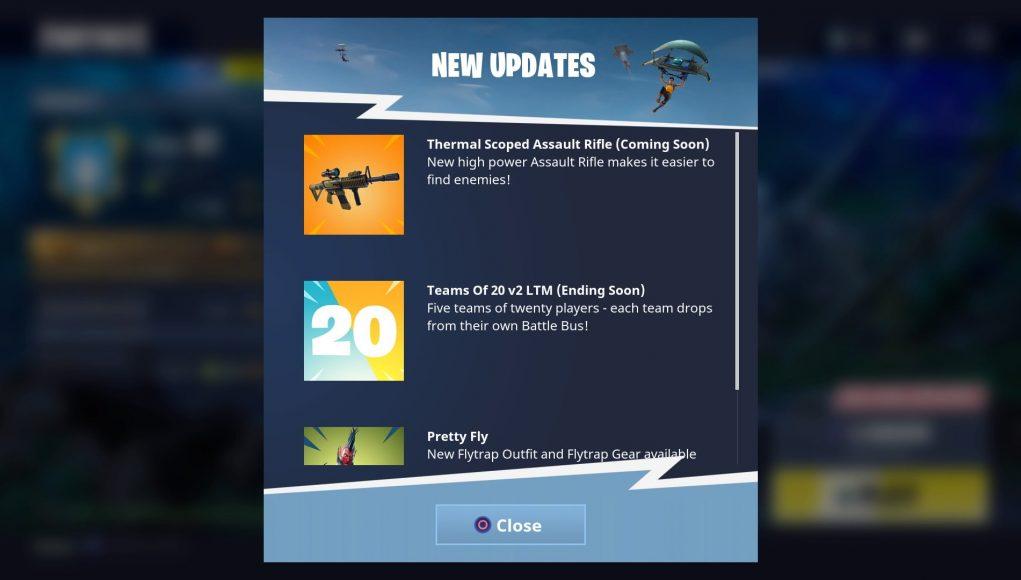 The description “new high power assault rifle makes it easier to find enemies” certainly hints at it perhaps having a slightly higher damage output at range than the other AR’s.

While there is no details on the exact stats, the image does suggest it will be a legendary weapon with the golden/orange background.

Although no date is given as to when it will be dropping in game, it is most likely it will come with the next update, scheduled for Tuesday June 12th.