A brand new ‘compact SMG’ has been revealed in game and is coming soon to Fortnite Battle Royale, according to a new daily message.

The compact SMG bears a striking resemblance to real life weapon, the P90 sub-machine gun, which is known for having a incredibly fast fire rate and huge magazine size.

There is no official date for when it will be releasing, but typically when these new messages appear in game, it is set to drop with the next major content update.

The description of the weapon doesn’t tell us much at this point: 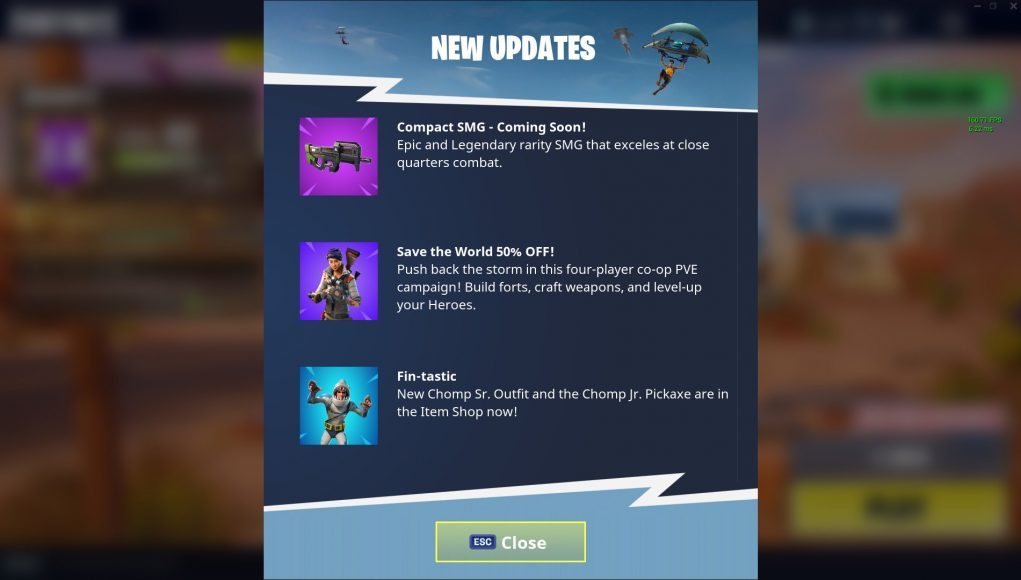 By the sound of it, it won’t be best suited for gunning down opponents at a distance, but possibly will act to counter shotguns up close and personal.

Epic stated recently their intentions to rebalance some of the weapon play in Fortnite, and mentioned specifically that they want to lessen the reliance on shotguns for close quarters.

If this new SMG really is a monster up close, then it may not be the end of the world when you drop into the map and fail to find a shotgun early on, as this may be an ample substitute.

The content update should be expected sometime in the next couple of weeks, with new skins and character gear dropping, the new SMG will be the big attraction.

It is the second SMG added recently, with the new tactical SMG replacing the old one, and a P90-esque weapon has been rumored to be on the way for some time, with fans suggesting it frequently.

We will keep you up to date with all the latest news on the new compact SMG as more is revealed.