The success of KEEMSTAR’s Friday Fortnite tournament has resulted in a major sports betting company offering odds on the outcome.

KEEMSTAR launched the competition in conjunction with tournament organizer, UMG, in order to promote both Fortnite and the streamers involved.

The invite-only online event is in its ninth week and continues to invite only those with the highest social media and YouTube/Twitch followings, rather than professional players.

Despite only involving high profile personalities, it’s still a hard-fought competition with an impressive $20,000 prize pool, with $10,000 going to the winners. Those who walk away with first place often donate to charity.

The ninth week of competition begins on Friday July 6 and for the second week in a row, a major sports betting company is offering odds on both single matchups and the outcome.

Residents of countries where it is legal to gamble on esports competitions, such as the UK, are able to sign up to SkyBet and place their bets on who will walk away with first place.

The odds appear to be based on previous weeks with FaZe Clan’s TFUE and Cloakzy coming in as the favorites for week nine, having won it multiple times previously.

You can view the odds offered before the tournament began below. It’s now likely that other betting companies will follow suit for future weeks. 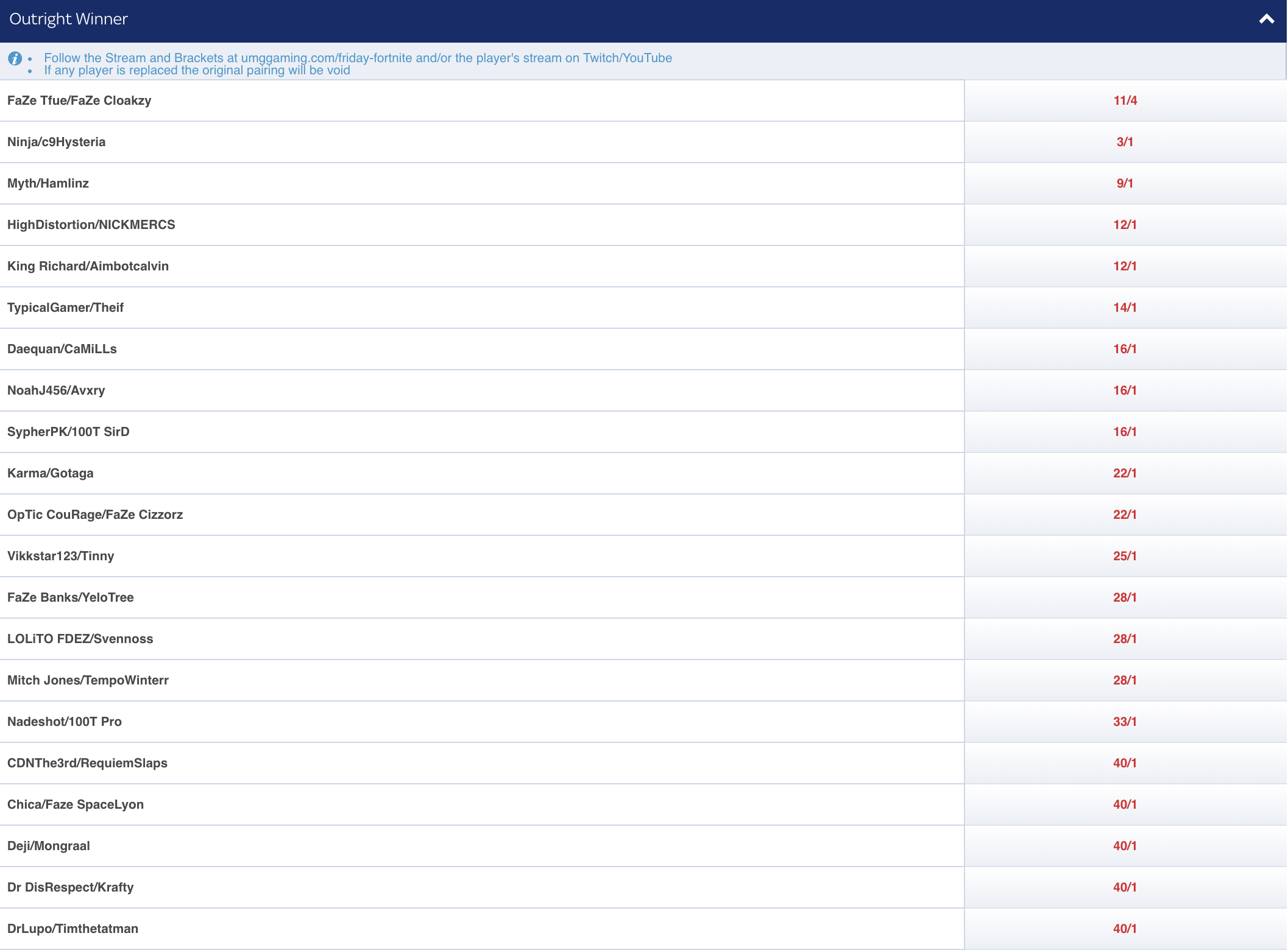 You can keep up to date with KEEMSTAR’s Friday Fortnite tournament via our dedicated coverage hub for week nine.