Another Mysterious Countdown Clock Has Been Spotted in Fortnite Battle Royale

Another mysterious countdown clock has appeared in Fortnite Battle Royale and this time it’s located inside the villain’s base near Snobby Shores.

Countdown clocks originally started to show up on television screens on the Nintendo Switch version of the game on June 16th and speculation about their meaning immediately reached fever pitch.

Later leaks, and data mining of game files, seemed to suggest that the countdowns were hinting towards the time and date that the rocket in the villain’s base will launch.

However, the V4.4 Content Update that was released on June 19th introduced yet another countdown clock which is located in the villain base itself, right next to the rocket.

Reddit user AnarchyDT shared an image which shows the new holographic countdown clock, which doesn’t seem to line up with the clocks on the Nintendo Switch version of the game.

In fact, it seems to be hinting towards something that will happen in days or weeks, depending on whether you believe the “03” refers to days or weeks. 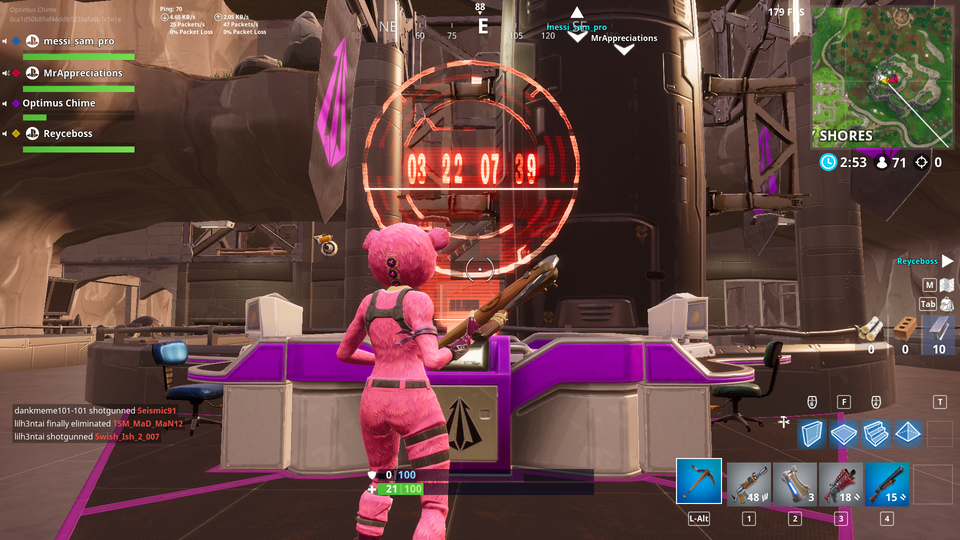 It is currently uncertain what this new countdown signifies, but the well known data mining account of @TwoEpicBuddies seems to be under the impression that the Nintendo Switch clock will come to an end at 18:00 CET on June 19th.

If the Switch clocks truly are related to the rockets launching, we should have an answer in the very near future.

Some players have reported that the countdown in the villain’s base is no longer appearing on some versions of the game, so it may have have been a mistake.

According to the Nintendo Switch countdown the rocket should start in about 2 hours! 😀