An All-New Stink Bomb is Coming to Fortnite Battle Royale

A new item is coming to Fortnite Battle Royale as a new in-game news bulletin has confirmed that the “Stink Bomb” will be added soon.

Fortnite Battle Royale has taken the world by storm since its initial release in September of 2017, but for anyone that has been around since the start, it’s almost unrecognizable.

This isn’t because of major graphics overhauls or changes to the map (though these have also had an effect), but because of the constantly evolving meta and style of play.

The meta changes on such a regular basis due to Epic’s decision to release new items, weapons, balance changes, and more with virtually every update.

While there have certainly been some questionable changes, and some outright failures, the majority of these changes and new items have been well received and the developers are always reassessing them.

One item that has been teased by data miners since the start of June has been the “Stink Bomb”, and a new in-game news update on June 17th has now confirmed that it is “coming soon”. 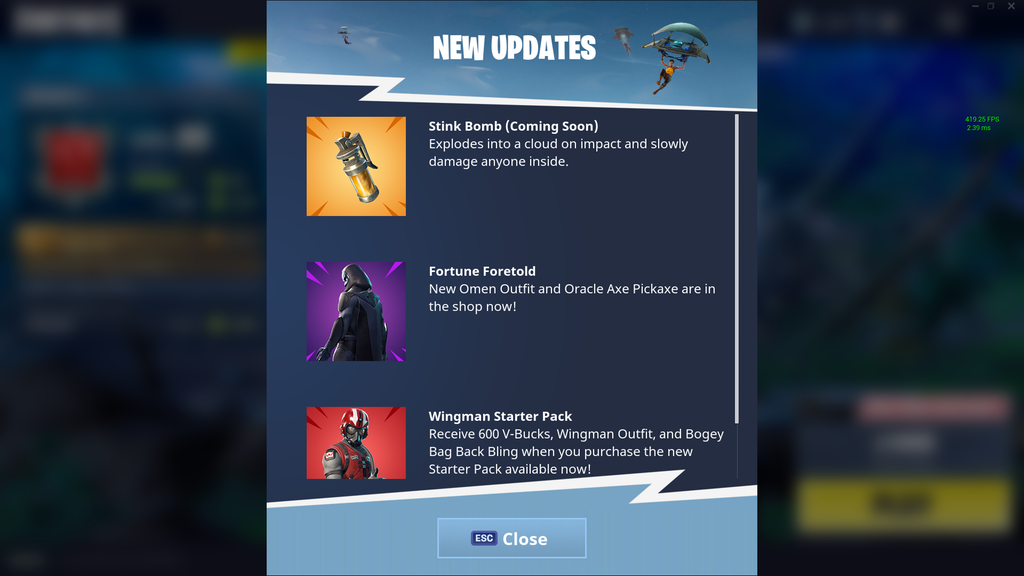 Little it known about the “Stink Bomb” other than what is revealed in the brief description: “Explodes in a cloud on impact and slowly damage anyone inside”.

This sounds similar to tear gas and could potentially make the Stink Bomb a powerful item when you’re in a building battle and need to force your opponent out of their base.

The exact date for the release of the Stink Bomb is unknown but it seems likely that it will be added as part of the Tuesday, June 19th, Content Update.