Epic Games has confirmed that an all-new “Gifting” feature will be coming to Fortnite Battle Royale soon but further details are currently scarce.

The V4.5 update for Fortnite Battle Royale, released on June 27th,  is one of the most significant to have been introduced to the game in recent memory.

The patch finally introduced the Playground Limited Time Mode, a custom game mode that players have been excited about for over a month, and the all-new Dual Pistols.

There have also been numerous interesting leaks from various data miners who have looked through the game files, including a brand new weapon called the “Drum Gun”, and various items, cosmetics, and emotes.

However, one new feature that is available for all players to see comes in the form of a new “Gifting” option under the “Account and Content” section of the in-game menu. 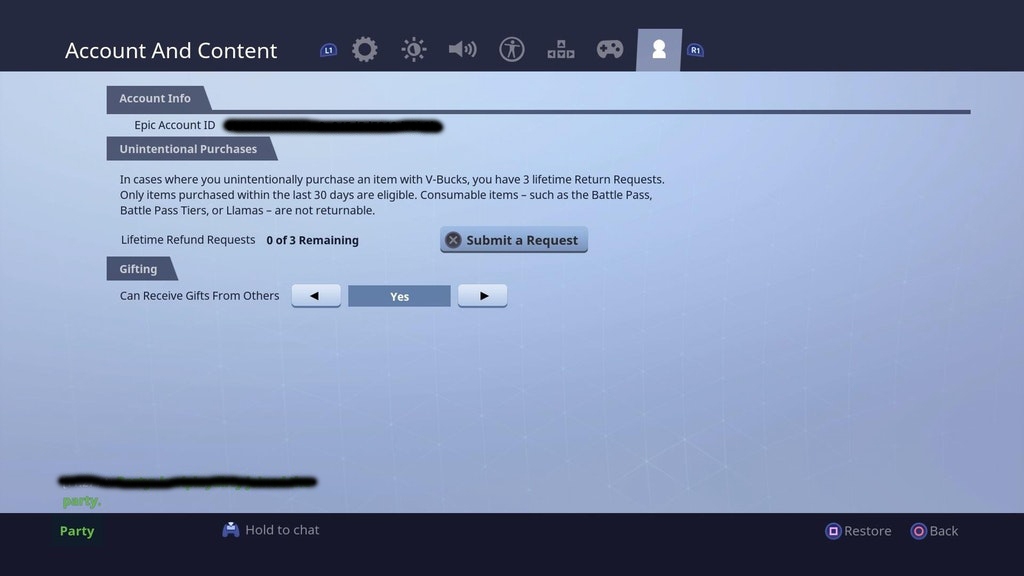 While the option isn’t currently live, Epic Games’ MrPopoTFS has confirmed on Reddit that it will definitely be available in the near future.

Unfortunately there is no exact date set, but the fact that it is already visible in-game suggests that it won’t be a long before players will be able to ge their hands on it.

There is also no further information has been released about the feature, or what items will be eligible for it, this marks yet another step towards user, and player, interaction in Fortnite and could potentially open up the opportunities for the likes of cosmetic giveaways in the future.

Comment from discussion You can now receive gift, enable in settings!.
Advertisement