All the ‘Basketball Hoop’ Locations in Fortnite – Dexerto
Fortnite

All the ‘Basketball Hoop’ Locations in Fortnite

Week Two of Season 5 in Fortnite: Battle Royale is now live with a collection of challenges and tasks for players to complete.

After launching on July 12th, Season 4 of Fortnite has brought a variety of new items, map locations, emotes, and much more, with the game constantly receiving updates from Epic Games.

One such addition is that of the ‘Toy’ feature, which allows a player to spawn a golf ball, basketball, or beach ball, and interact with it in-game unlike any emote before.

It was not long after the release of S5 that players realized they could use the toys to actually create a number of minigames around the map, including shooting the basketball into hoops that were scattered across the battlefield.

In the Season 5, Week Two challenges, players must ‘Score a Basket on 5  Different Hoops,’ with the challenge only being available to Battle Pass members.

A full map of all the basketball hoop locations can be found below, along with a video courtesy of Fortnite Insider. 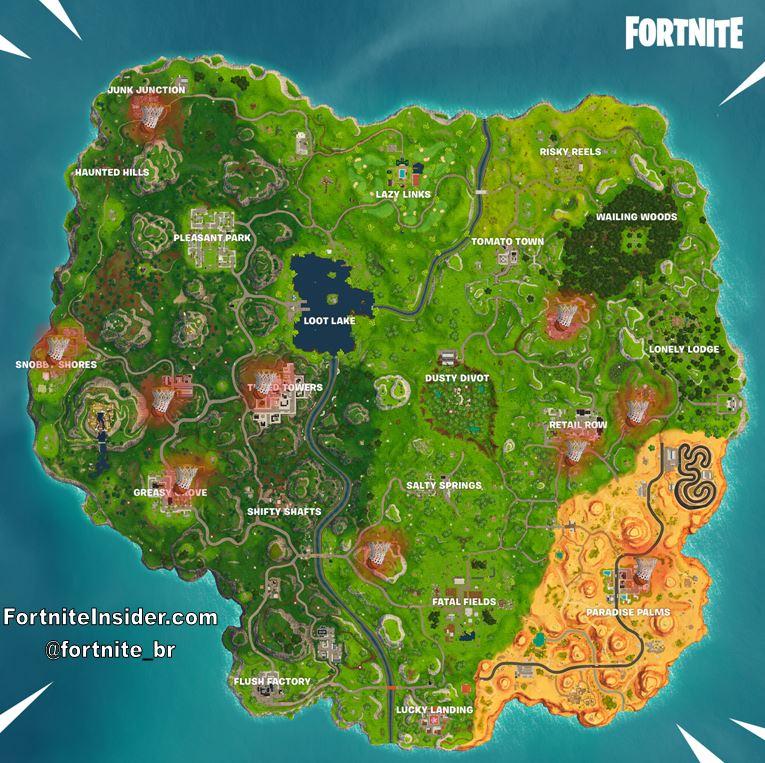