The Celebrity Pro-Am competition at the Fortnite World Cup wrapped up on July 26, with Team Solary pro player Karim ‘Airwaks’ Benghalia and popular DJ RL Grime finishing in first place for the second time in a row.

As with the previous two Pro-Am competitions, the World Cup edition featured some of the biggest content creators in the Fortnite community.

Paired with these 50 streamers and YouTubers were 50 well-known athletes, musicians, actors, and other celebrities who have at least a mild interest in the popular battle royale title.

The format of the competition was simple, four matches were played, with the duos earning points each match based on their number of eliminations and placement.

The overall prize pool of $3 million was split according to the final placements, with all of the money earned going to the charities of the players’ choices. 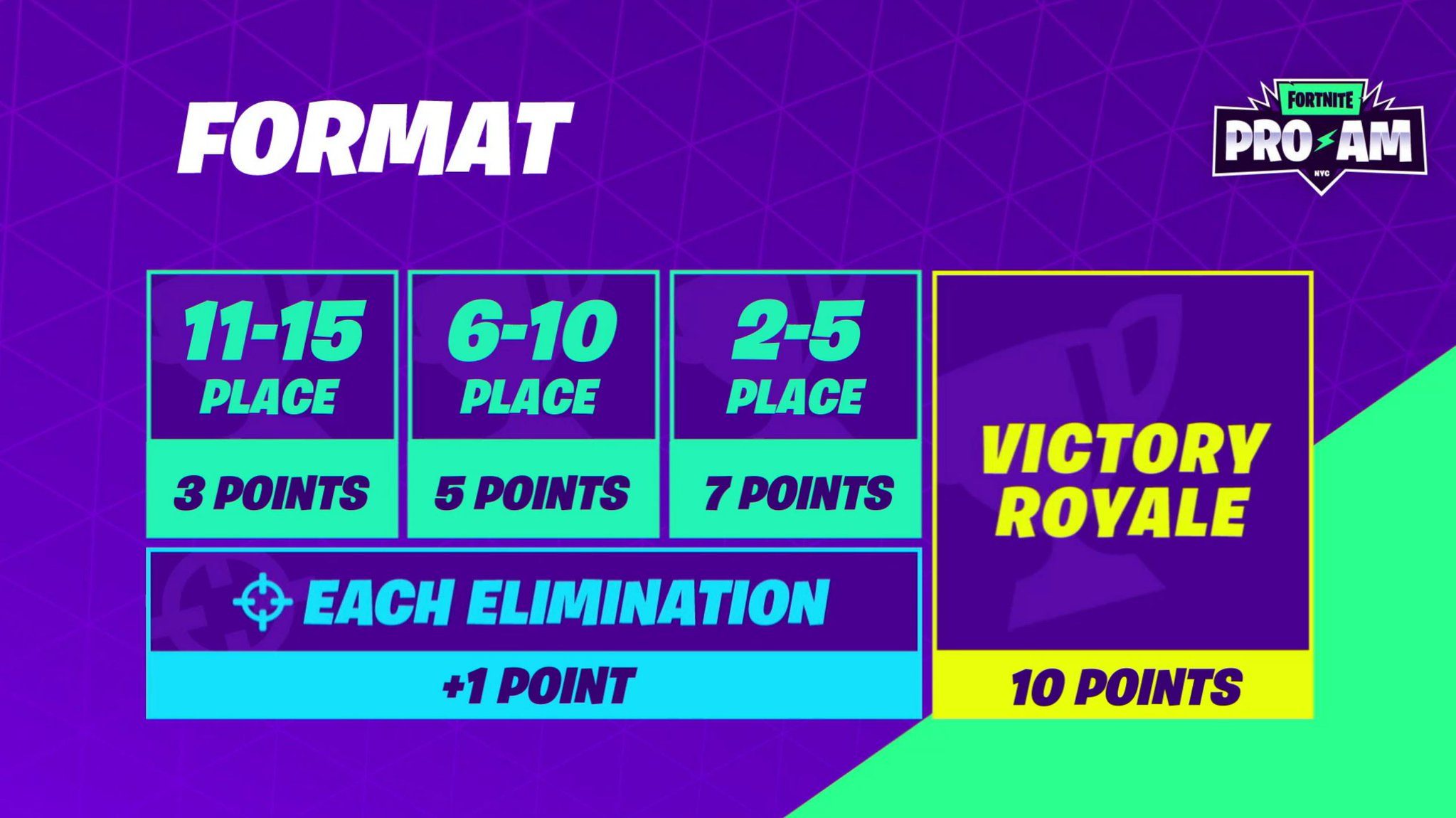 The format and scoring system of the Fortnite World Cup Pro-Am.
[ad name=”article3″]

This was the second time that the duo of Airwaks and RL Grime took home the championship trophy at a Pro-Am event, having also claimed victory at the same competition during last month’s Summer Block Party in Los Angeles.

Below, you can find a full recap and highlights for all four matches, followed by the final placements and the prize split.

With all of the players and their duos looking to get off to a good start in the first match, it was Korean pro Fortnite player Sino0h and Oh.King who took the cake early on.

Their Victory Royale and 13 eliminations, 12 of which came from the Korean pro, were good enough to secure them a nice 23 point haul.

The second match was a strong opportunity for Fortnite heavyweights Tfue and Cloak to land a thick amount of points, but they were both outlasted by YouTuber Jacob and his actress duo Clare Grant.

The pair got the Victory Royale to go along wit six eliminations, all from the Polish Fortnite star, leaving Cloak and Tfue to finish second and third respectively.

This time, it was YouTuber Jelty and Timbers Esports CEO Gaborever who clinched the first place finish, to go along with their five eliminations for a 15 points haul.

With everything still to play for in the fourth and final game, the endgame turned out to be a crowded affair, with still a lot of teams left alive in the final stages of the match.

The Victory Royale ended up going to Twitch streamer Marksman and JT Brown, who also got 12 eliminations to boost themselves into the sixth spot for the final standings.

With all four matches in the book, here are the final placements for the Fortnite World Cup Celebrity Pro-Am, along with each duo’s split of the $3 million prize pool that will be going to the charity of their choice.

Remember, this completes only day one of the three days of festivities at the Fortnite World Cup. There is still a Duos event to be played on July 27 and a Solos tournament on July 28, with the collective prize pool between the two competitions sitting at an incredible $30 million.