A new Llama themed fireworks event has been found in Fortnite

A new Fortnite event involving fireworks themed around the llama has been found by data miners in the V5.41 update files.

Data miners searching through the files of the V5.41 update found two new assets in a folder titled ‘Events’, labeled ‘BP_Fireworks_Celebration’ and ‘BP_Fireworks_Event’.

The assets appear to show a Fireworks display that will form the shape of the popular Fortnite Llama in the sky. There has been no suggestion as to when, or where, the display will take place. 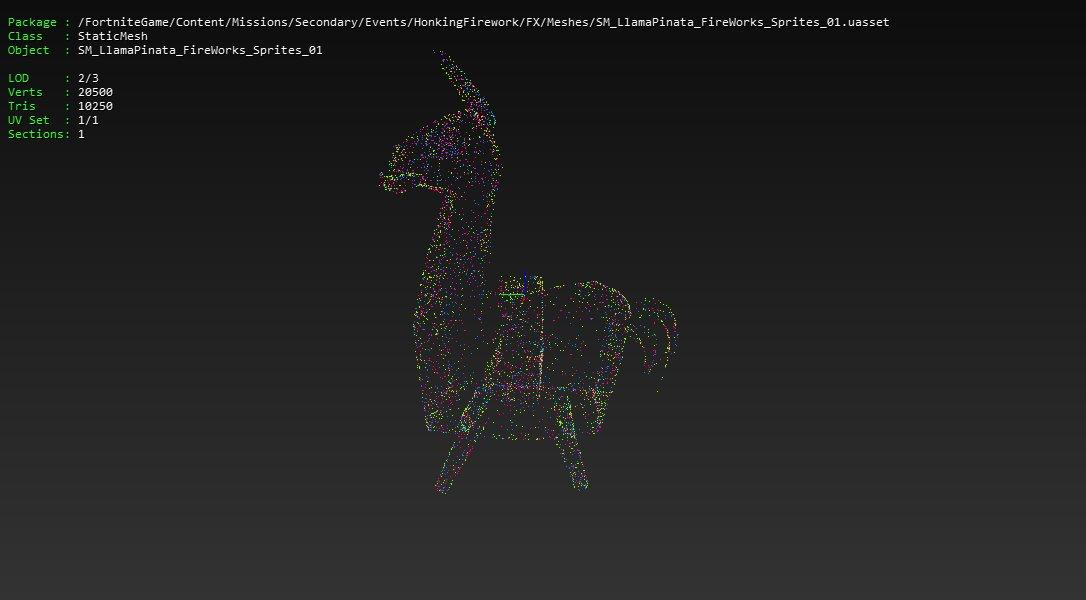 While it’s unclear what the fireworks will actually be used for, it’s possible that they will be set off to celebrate the end of Fortnite’s Season 5, or perhaps to herald the start of Season 6, which is rumored to begin on September 25 or 26.

It’s also possible we may never see the fireworks actually used. Fortnite have previously added assets for events, and then never used them, leaving fans disappointed.

Dataminers have already began tearing through the latest Fortnite V5.41 update searching for clues as to what is coming in the future for the popular battle royale game. Leaks have already revealed upcoming skins and cosmetics, while an asset found in the files suggests that a ‘dark’ version of the Brite Bomber skin could be on it’s way.

The Fortnite V5.41 update includes the new Port-A-Fortress legendary item, and includes a new Spiky Stadium item for use in the always popular Playground mode. The update is live right now.