The Fortnite World Cup concludes with the solo event at the Arthur Ashe Stadium – we pick out five players who could shock everyone by lifting the trophy in New York.

There was a surprise in the duos event as Cooler Esport duo Aqua and Nyhrox secured two Victory Royales on their way to besting all of the pre-tournament favorites to secure the $3m grand prize.

The action does not end yet though – with names such as Kyle ‘Mongraal’ Jackson and Turner ‘Tfue’ Tenney facing off in the solo event to conclude the weekend; information on how to watch the solo tournament can be found here.

We pick out five dark horses who could surprise everyone by clinching the cup. 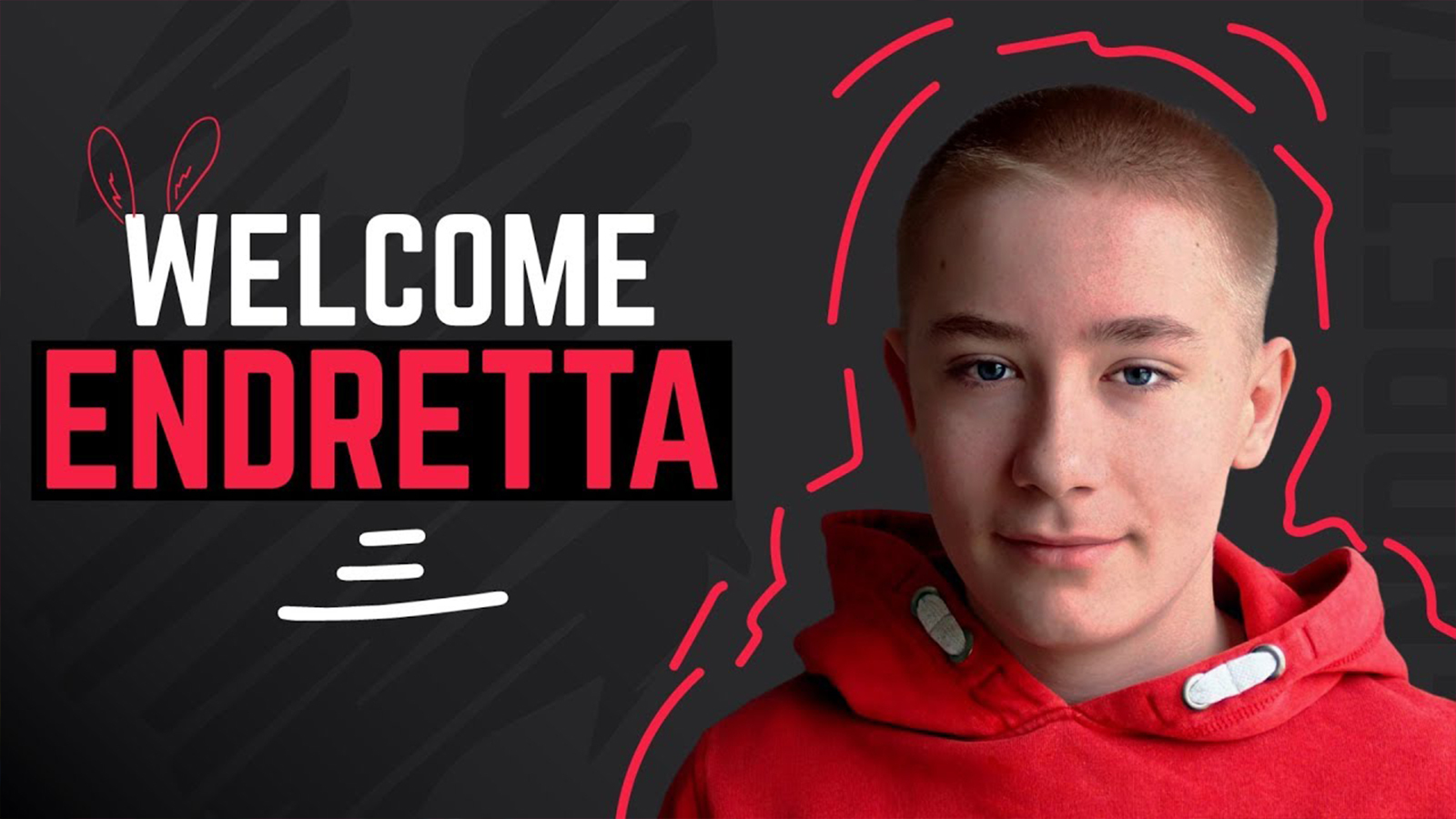 Endretta was added to the Misfits roster ahead of the World Cup.

Winning two of his ten games with an average of 3.3 eliminations was enough to guarantee himself a place in the tournament. His stream enjoyed plenty of success as a result of Tfue watching his performance during his viewing party.

Recently signed to Misfits Gaming, Endretta has a huge chance to win big if he can replicate his insane performance, on the main stage. 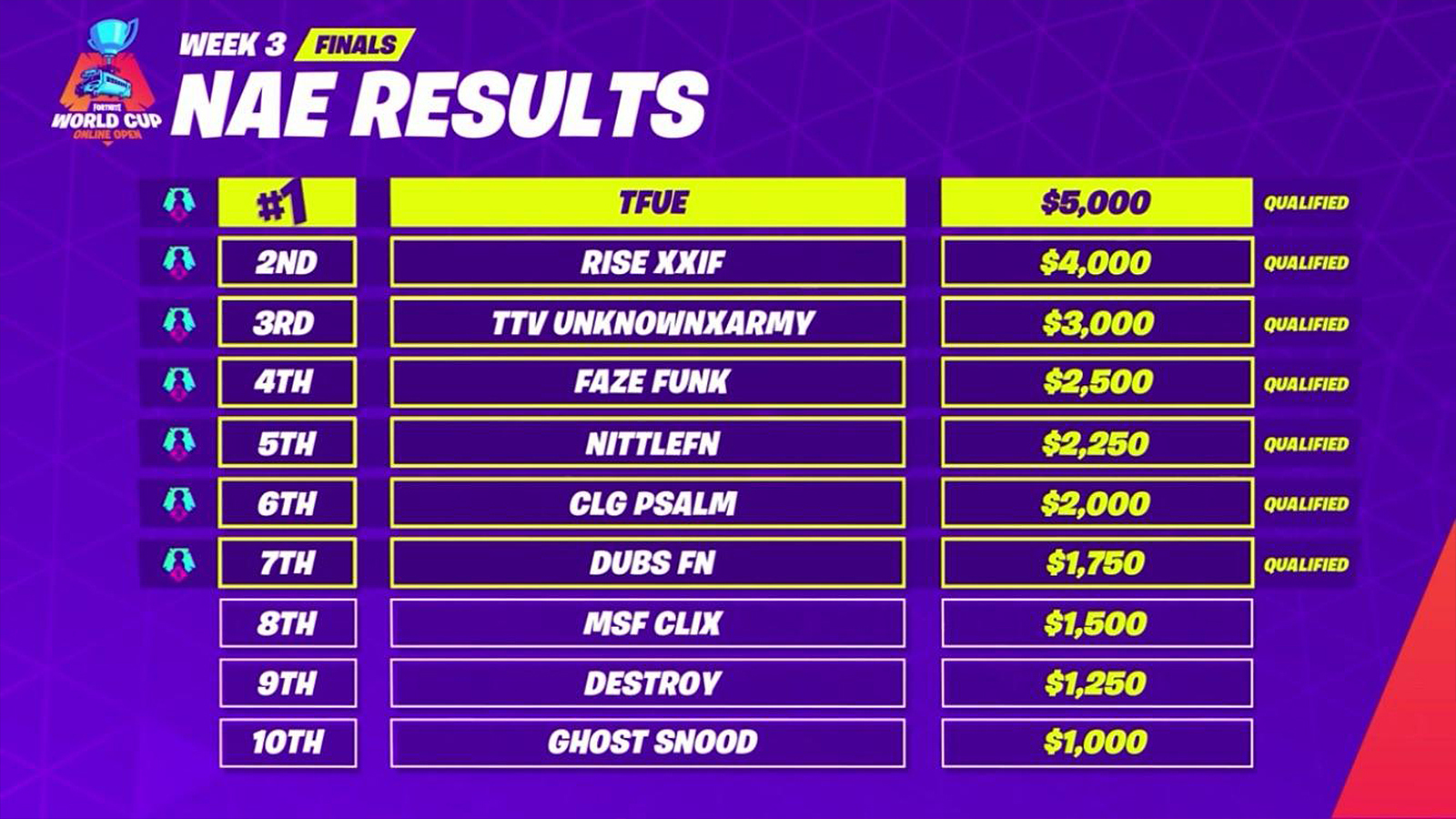 Arguably the most talented controller player on the planet, Team Kungarna’s Dominick ‘UnknownxArmy’ Green will definitely be one to watch in New York following his ridiculously consistent performances in qualifiers.

His place on the main stage was secured in week three, finishing second in the fiercely contested NA East region. The controller player continued to impress, finishing third in the week nine qualifiers to earn even more prize money.

If he can transition his skills from online play into a LAN tournament, there is no reason why he can’t bring home the $3m grand prize. 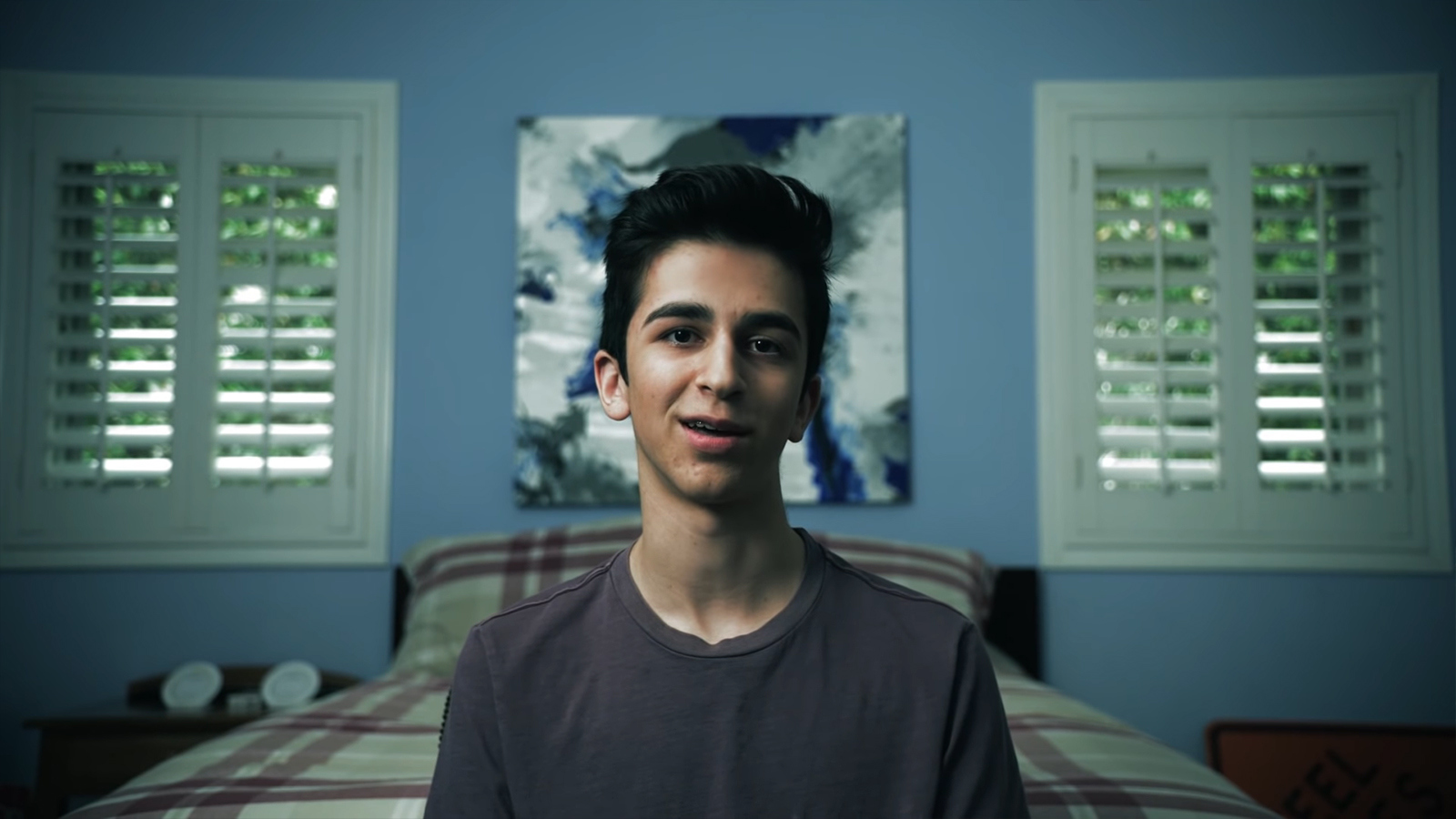 The latest recruit to NRG Esports, Shane ‘EpikWhale’ will be looking to beat his new teammates Benjy ‘Benjyfishy’ Fish and Martin ‘MrSavage’ Foss Andersen to the first ever solo world championship.

Formerly a member of Team Kungarna, EpikWhale is known for his smart plays during hectic end games and keeping calm under pressure. After finishing 12th in the duos finals yesterday, he has already experienced what his setup will feel like, possibly handing him an advantage heading into solos.

He can manage to keep his head again, it wouldn’t be a surprise to see the 50/1 outsider secure a place high on the leaderboard. 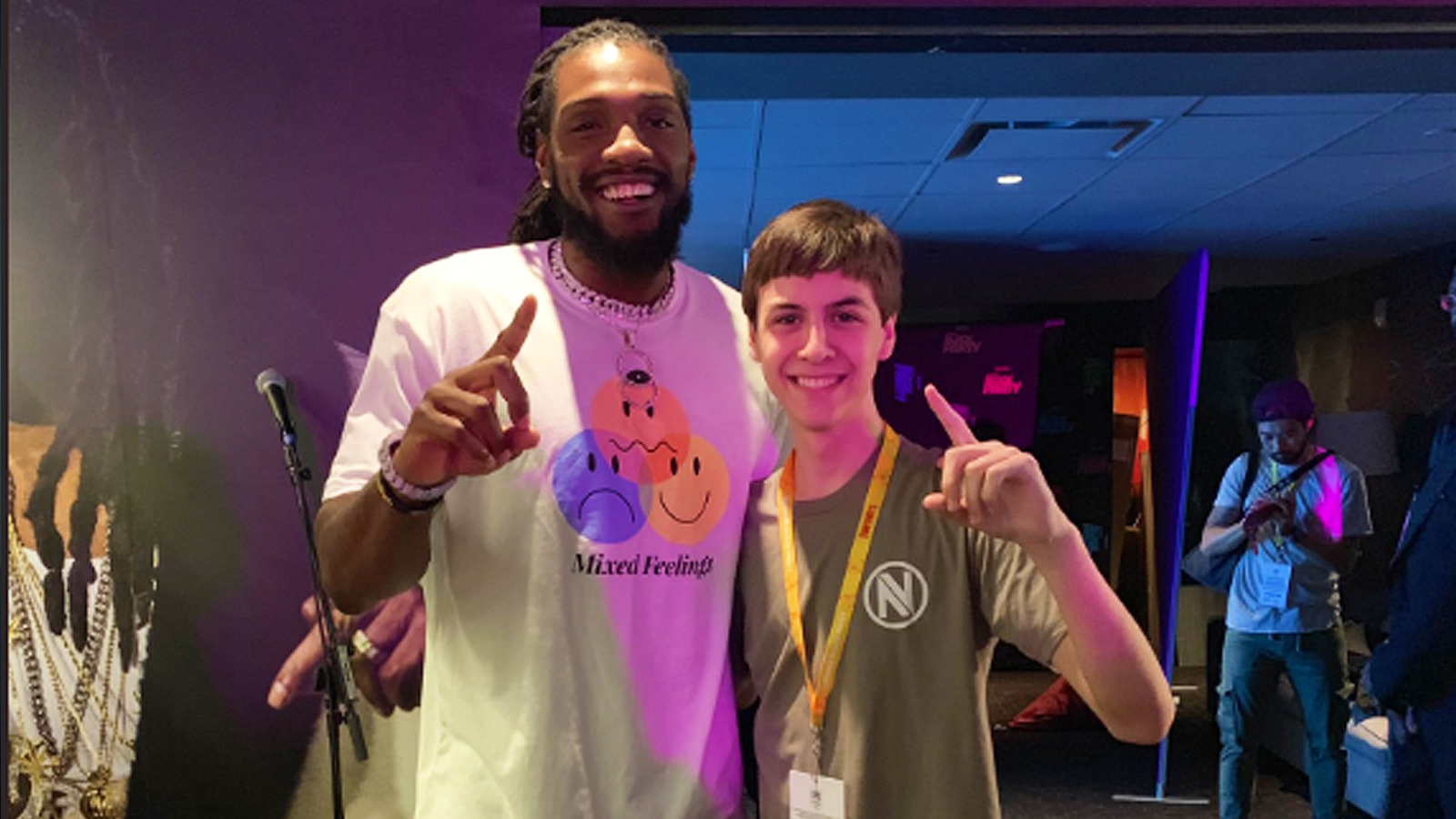 Looking to get the North American region back on top, Logan ‘Bucke’ Eschenburg will be flying the flag for Team Envy after earning a spot at the tournament during week five of the solo qualifiers.

The pro player shared the incredible story of his qualification on YouTube, revealing that his dad had played a major role during his games, keeping him calm, calling out enemies and hyping him up for his clutch moments.

Although he won’t be able to have his father on the main stage, Bucke has a real shot at glory if he can duplicate his qualifying performance. 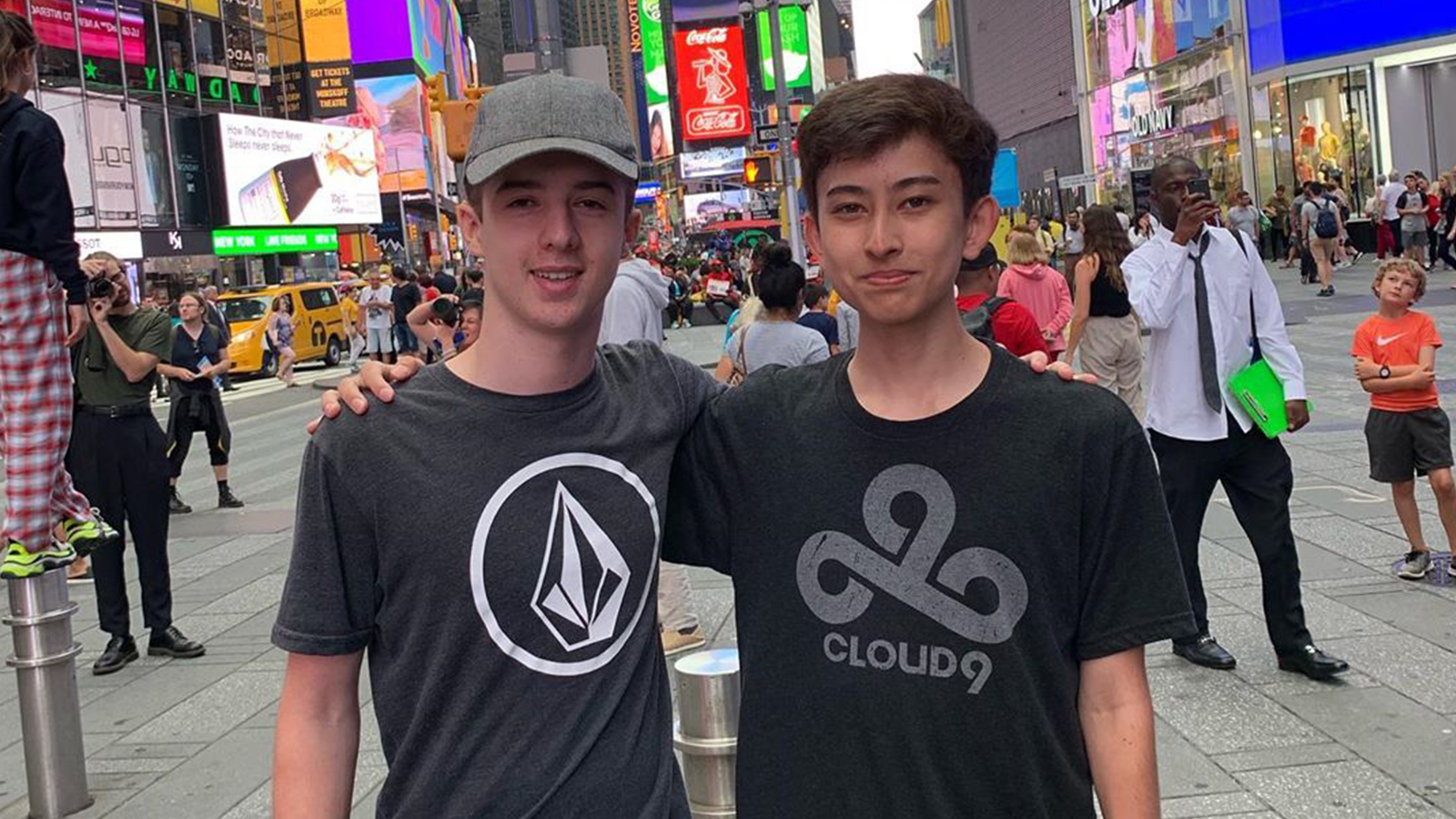 After winning the NA West qualifier in week one, Cloud9 pro Skylar ‘snow’ Babinski has had plenty of time to prepare for the biggest tournament of his life, but opted not to participate in the other solo events.

Instead, he attempted to become a double qualifier alongside his duo partner ‘swork1’ but ultimately missed out on a spot in the duos final, coming agonizingly close in week four and week ten.

Snow has a history of performing well during the online tournaments such as the Luxe Cup and NAW Gauntlet meaning he stands a great chance of causing an upset.

With the top four players at the solo event winning at least $1m each, the stakes are higher than ever, just six games will crown the first ever Fortnite solo World Champion.