How to complete Valverde RTTF SBC in FIFA 20: solution & cost

As part of the FIFA 20 Pre-Season promo, a new Champions League Road to the Final SBC for Real Madrid midfielder Federico Valverde has been released, and we’ve got the requirements, cheapest solutions, in-game stats and everything else you need to complete it.

With the UEFA Champions League set to resume in August, the Road to the Final cards are now relevant again in Ultimate Team, and EA SPORTS are actually going to be adding more of those live items.

With the launch of the new Pre-Season promo in FUT 20 on July 29, EA released a new RTTF SBC for Federico Valverde ahead of Real Madrid’s upcoming second leg match against Manchester City.

If Los Blancos come back from their 2-1 first-leg deficit to advance to the quarterfinals, Valverde’s card will receive a sizeable boost, and will continue to do so until they’re eliminated or win the whole thing. 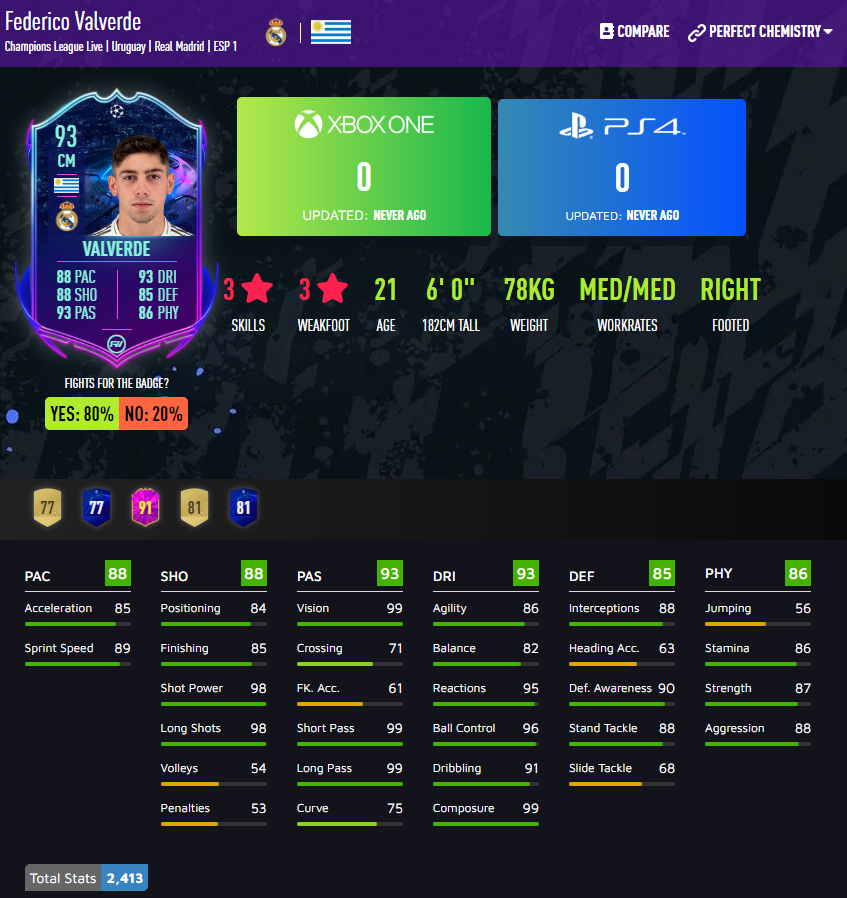 This is Valverde’s sixth different card in FUT 20, and his second 90+ version following the 91-rated Future Stars that was released back in February. It’s safe to say that this is a very complete midfielder card, with every major category boasting at least an 85 overall rating, including two that are above 90.

That said, there are some shortcomings with this item, such as the three-star weak foot and skill moves, as well as the alarmingly low stats when it comes to jumping, heading accuracy and slide tackling.

Despite having some seriously impressive stats, the actual cost of unlocking this card is surprisingly low, as FUTBIN estimates it to be around 43,000 coins on PlayStation 4, 38,000 on Xbox One and 46,000 on Origin PC. There’s only one squad that you have to build for this SBC, and the requirements are pretty simple and easy to meet.

Here are the cheapest solutions we’ve found that don’t require loyalty or the use of position-change cards. 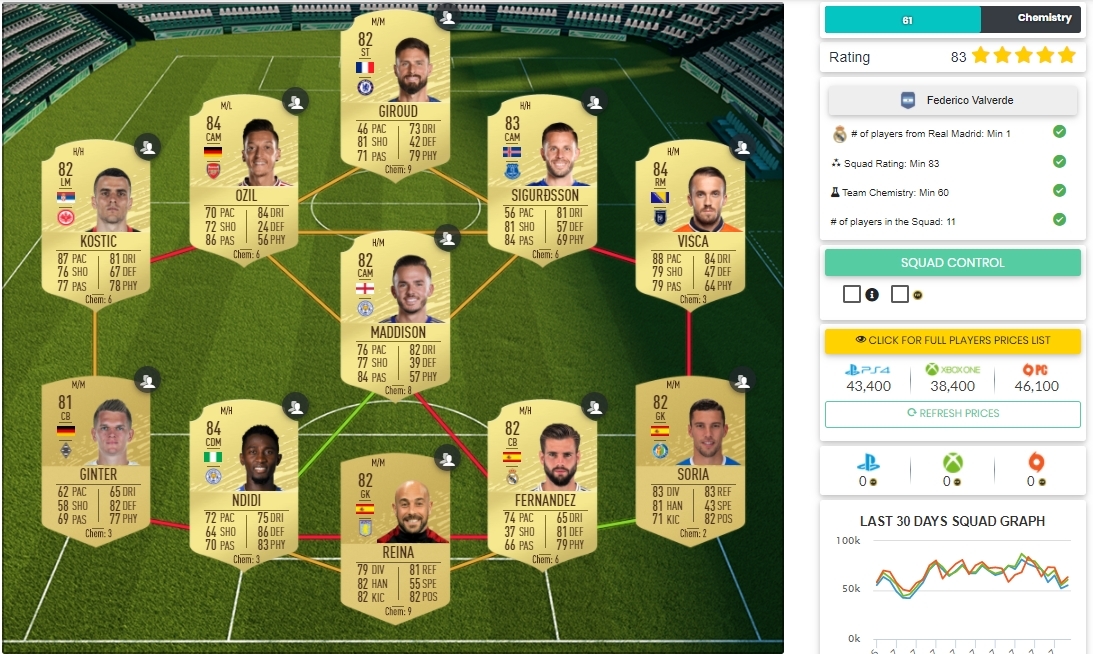 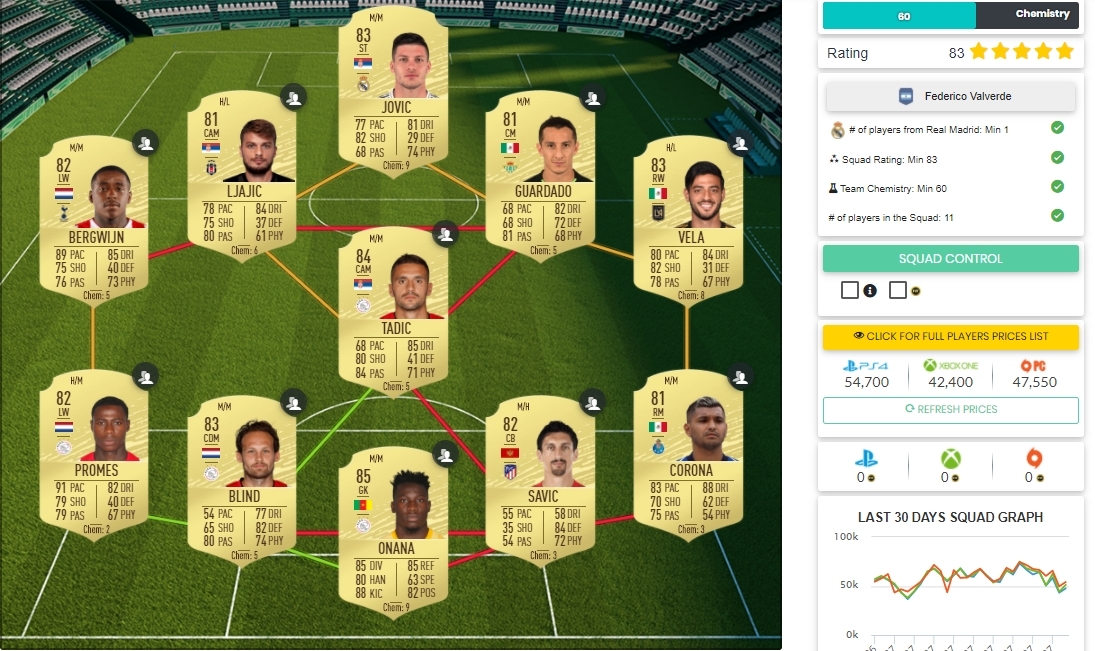 For how cheap it is, doing this SBC seems like a no-brainer, but if you’re still on the fence about it, you have until Friday, August 7 to complete it before it goes away for good.

As always, make sure to follow us on Twitter @UltimateTeamUK for all the latest FIFA news, updates, announcements, guides, and more.