The latest squad of FIFA 20 TOTW 17 in-form cards has officially been revealed by EA SPORTS. These brand new FUT Team of the Week IF players are scheduled to enter Ultimate Team packs at 6pm (UK time), January 8, 2020, where they will be available for exactly one week (until January 15, 2020).

FIFA Team of the Week cards are generally most valuable right after their release into Ultimate Team. We would usually recommend opening any packs that you have saved up right after they have entered the game. However, as the FIFA 20 TOTY (Team of the Year) full squad is coming later this week, we would suggest holding off and waiting for these items.

If you opt not to wait and want to open your packs before the full FUT 20 Team of the Year squad becomes available, then we would suggest doing so within the same evening of this Team of the Week release. TOTY cards are the most powerful items in the game, so we believe that it is definitely worth being patient. See this week’s FIFA 20 TOTW 17 squad below. 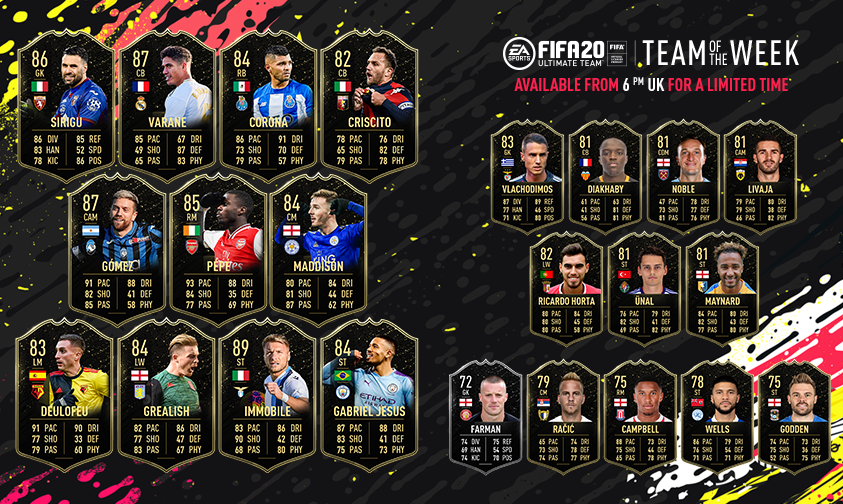 Are you happy with EA SPORTS’ selections for this latest FUT Team of the Week squad? Are you hoping to include any of these FIFA 20 TOTW 17 players in your own Ultimate Team? You can let us know all your opinions and thoughts regarding these cards by getting in touch with us via Twitter.