The latest squad of FIFA 20 TOTW 15 in-form cards has officially been revealed by EA SPORTS. These new FUT Team of the Week IF players will be live in Ultimate Team packs from 6pm (UK time), December 25, 2019, until January 1, 2020.

Right after FIFA Team of the Week cards enter the game, they are generally at their highest value, which is mostly a result of short supply. With this said, if you have saved any packs specifically for these FUT TOTW players, we recommend opening them right after these new in-form items become available in Ultimate Team.

The above strategy is proven to save coins in the long run, however, the FUT transfer market can be unpredictable. Certain IF cards have a tendency to increase in price over time, but this depends on the player receiving a higher rated version, or being required for popular SBC solutions. Check out the FIFA 20 TOTW 15 squad below. 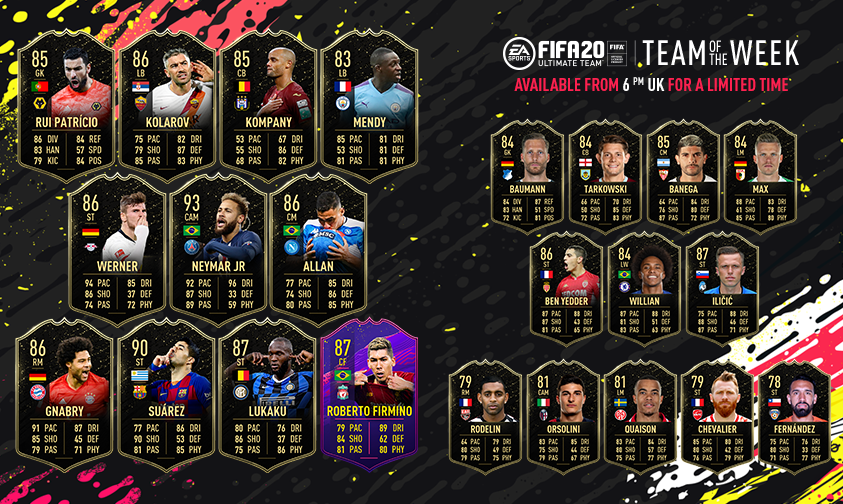 Have EA SPORTS made the right selections with the above FUT Team of the Week in-forms? Are you hoping to include any FIFA 20 TOTW 15 players in your own Ultimate Team? We would love to hear all your opinions and thoughts regarding this week’s cards, you can let us know them by getting in touch via Twitter.