ICONs are some of the rarest cards in FIFA Ultimate Team. As well as providing at least a soft chemistry link to every player on the game, FIFA 20 ICONs possess incredible FUT stats that allow them to do things on the virtual pitch that only a few regular gold players are capable of.

Everybody wants to be able to get the likes of Ruud Gullit, Ronaldo (R9) and Johan Cruyff, but these ICONs are unfortunately out of reach for the majority of FIFA 20 players.

However, there are still some affordable ICONs on the FUT transfer market that will improve your side – here are eight of them that all cost 400k or less. 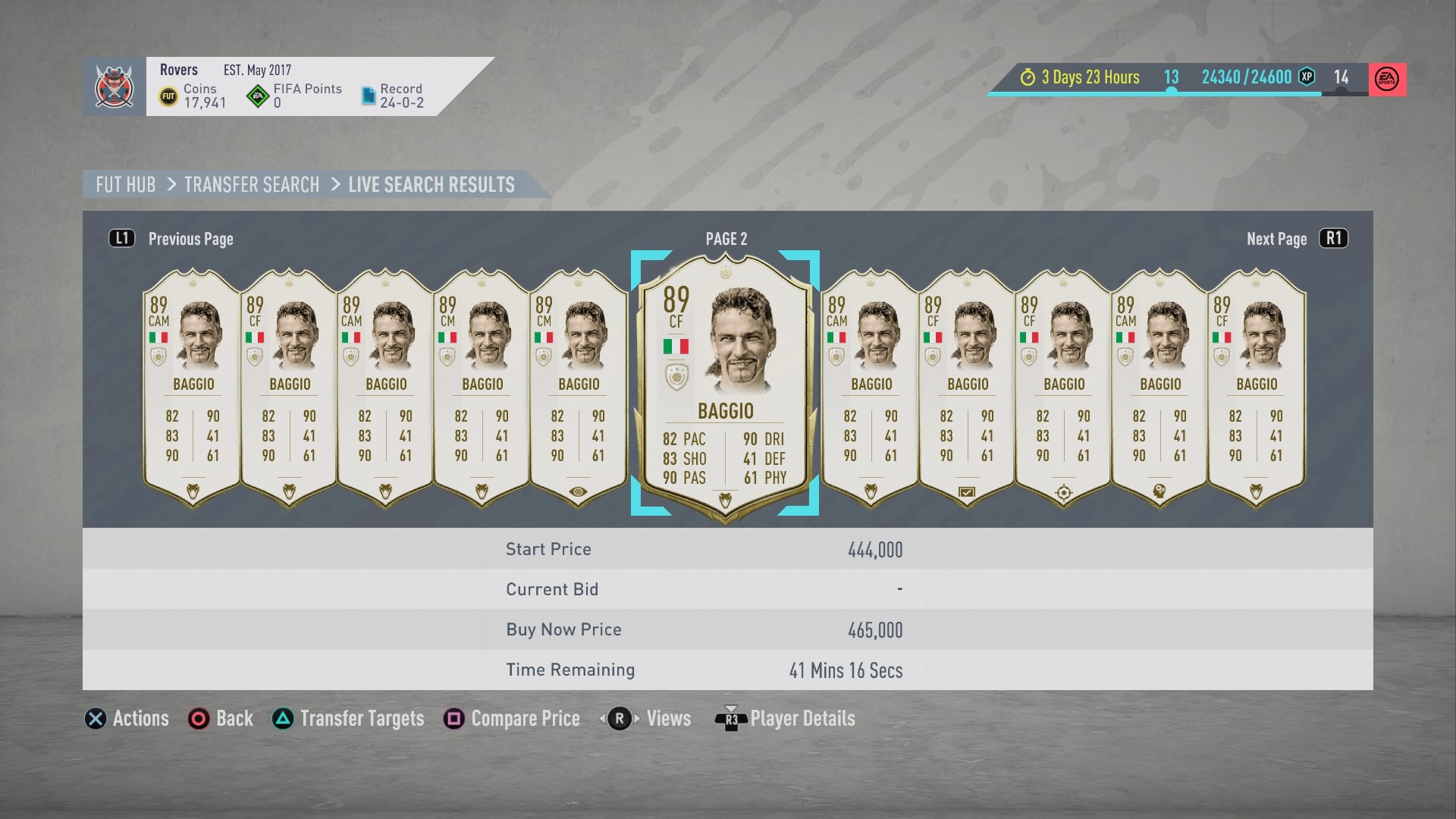 Italian legend Roberto Baggio had an incredible career in Serie A, scoring over 200 goals and entertaining fans with his outrageous skills. EA have done an excellent job of replicating Baggio’s incredible abilities at the earliest point of his career through his ‘Baby ICON’ card.

Baggio’s 89-rated ICON card is similar to his higher rated versions, as his Baby ICON FUT item possesses 5-star skill moves which allows the former Juventus man to perform skills such as the Elastico and the Sombero Flick, both of which look flashy in-game and are great for creating space for a shot or a pass.

Baggio’s 89-rated version also has a 4-star weak foot which makes him dynamic in the attacking third, this allows you to use his weaker left foot to find the back of the net on a consistent basis. 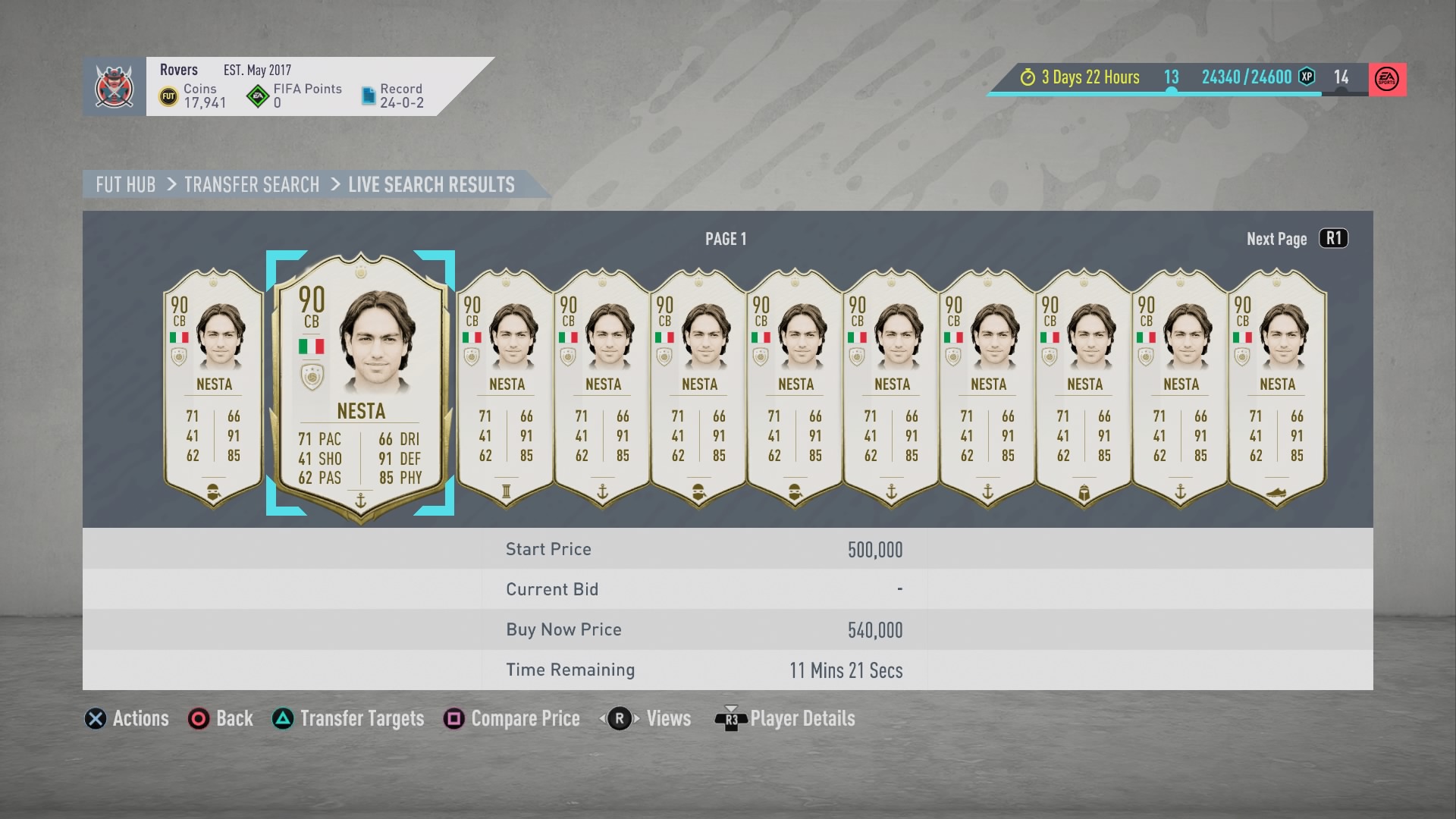 Widely regarded as one of the greatest defenders of all time, Alessandro Nesta’s Mid-ICON card is an absolute brick wall in FIFA 20, making any defence he is a part of difficult to penetrate.

At first glance, Nesta’s 71 pace is an obvious flaw, so you would need to pair him with a faster centre-back such as Liverpool’s Joe Gomez in a bid to get the most out of him.

Nesta isn’t a defender you should use to chase down speedsters, though – he’s the guy you use to prevent pacey players from finding spaces to run into.

The Italian international is 6’2″ and boasts 90 strength, 85 aggression, and 86 jumping, meaning he’s always dominant in the air.

Nesta’s Mid-ICON card might not be one of the fastest FUT items in the game, but in terms of pure defensive ability you’ll be getting a lot of bang for your buck. 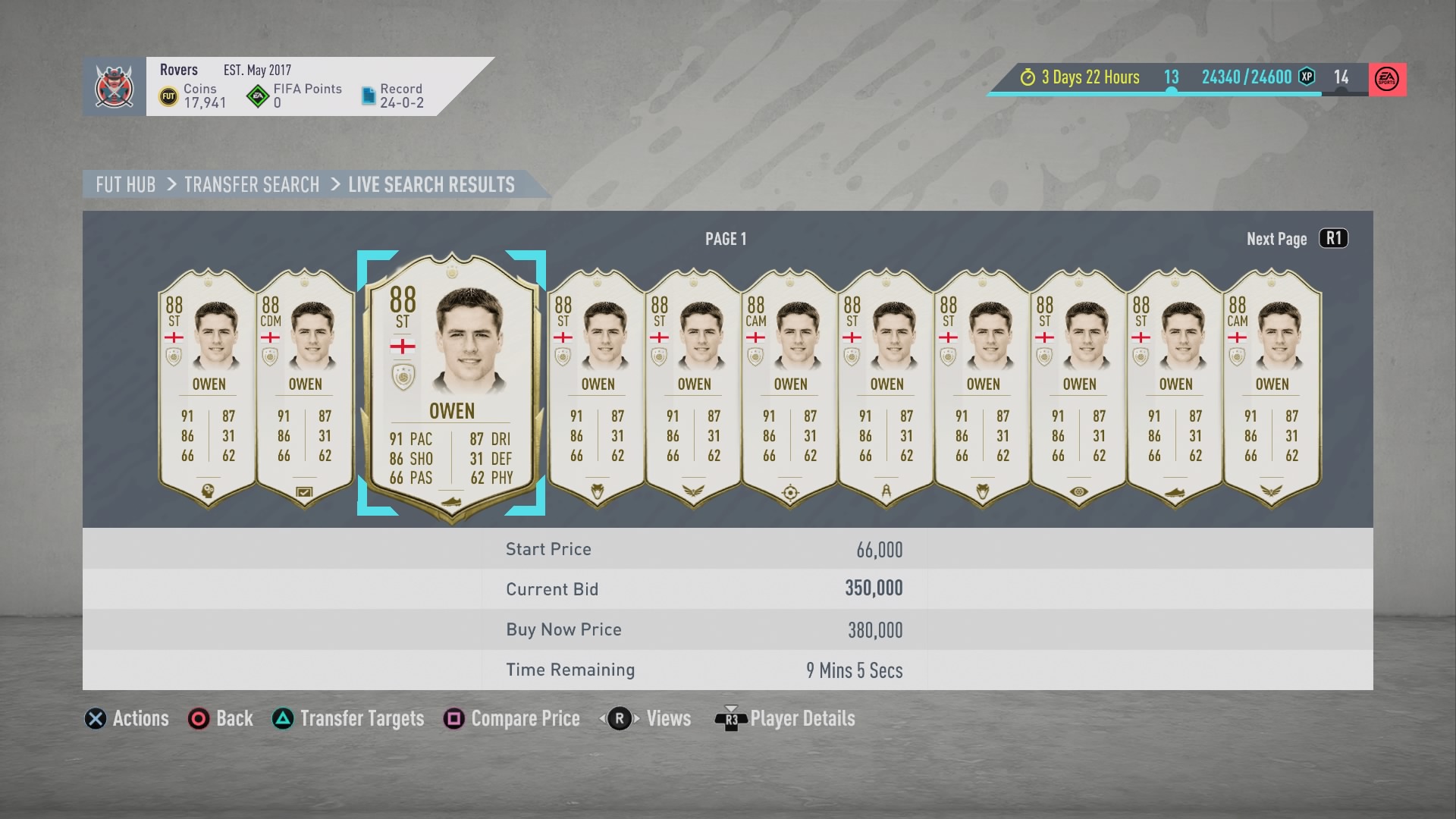 Despite being one of the greatest English players of his generation, Michael Owen’s ICON card is one that has been overlooked a lot in FIFA 20, primarily due to his skill rating as well as his below-par passing ability.

However, with an engine chemistry style, Owen’s card will receive a tidy +6 boost to his passing, a +5 boost to his pace and a game-changing +8 boost to his already impressive dribbling abilities. This all makes him incredibly overpowered to the point where he’s able to take on multiple players in a row to create space for a shot. 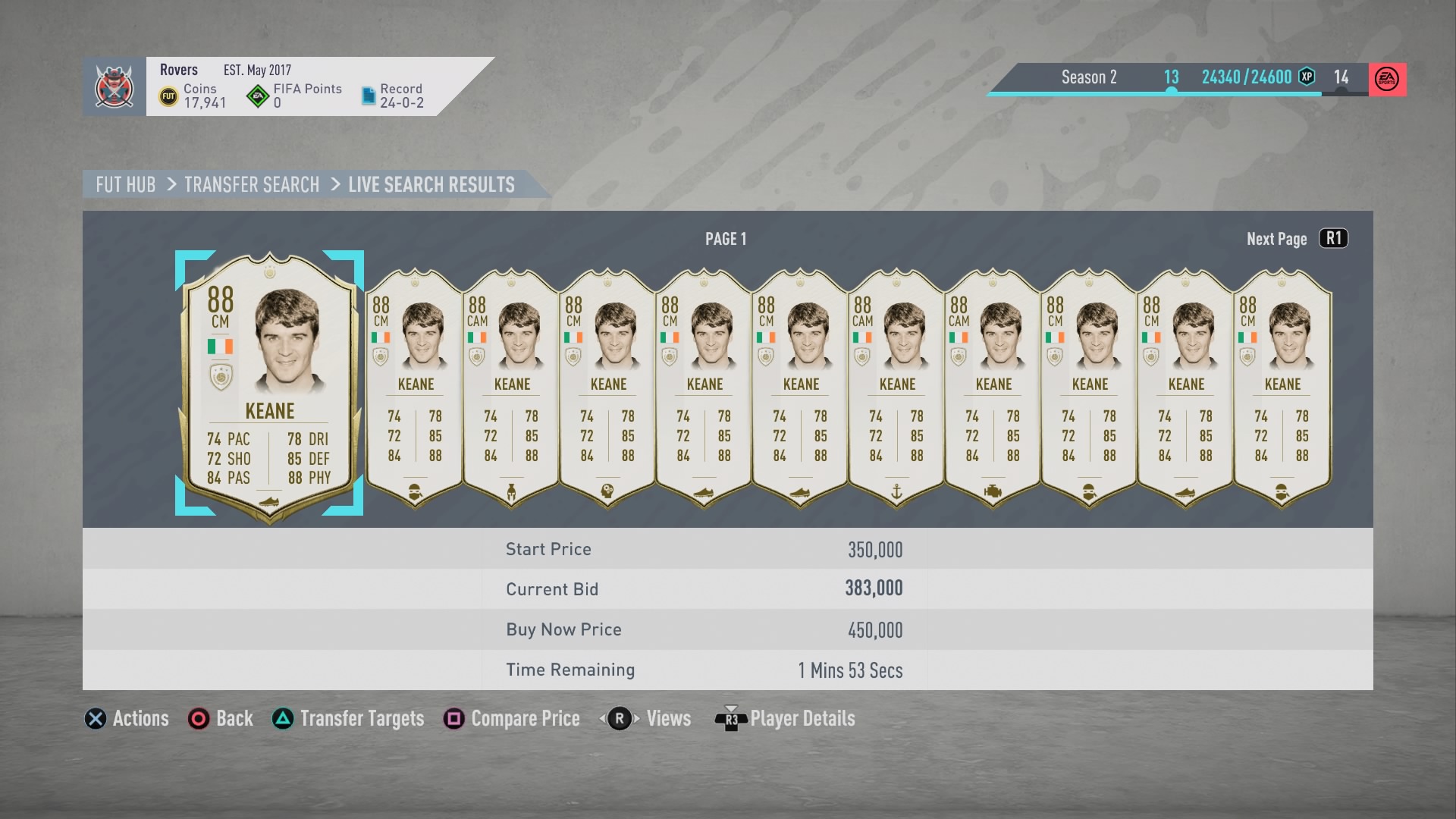 FIFA 20’s vanilla version favoured the use of smaller Kante-esque midfielders as their high agility allowed them to glide across the virtual pitch freely whilst dribbling past all who stood in their way.

After subsequent patches, this still holds true to some extent, but smaller midfielders with a high agility stat are not as effective as they used to be.

Instead, stronger, taller and more aggressive midfielders are the ones who are capable of dominating the middle of the park due to the game’s increased emphasis on physicality.

On that note, there are very few ICONs who come close to Roy Keane in terms of the effect he can have on your team’s midfield.

The Manchester United legend was an excellent and aggressive box-to-box midfielder and EA SPORTS have done an superb job in replicating Keane’s style of play, traits, and qualities in FIFA 20, making him one of the best ICON midfielders.

With 94 aggression, 82 jumping and 91 interceptions, Keane is an absolute unit in midfield – one you definitely don’t want to come up against, and one you certainly want to have in your squad. Unless of course, you’ve already got Ruud Gullit, Patrick Vieira or Lothar Matthaeus in your lineup. 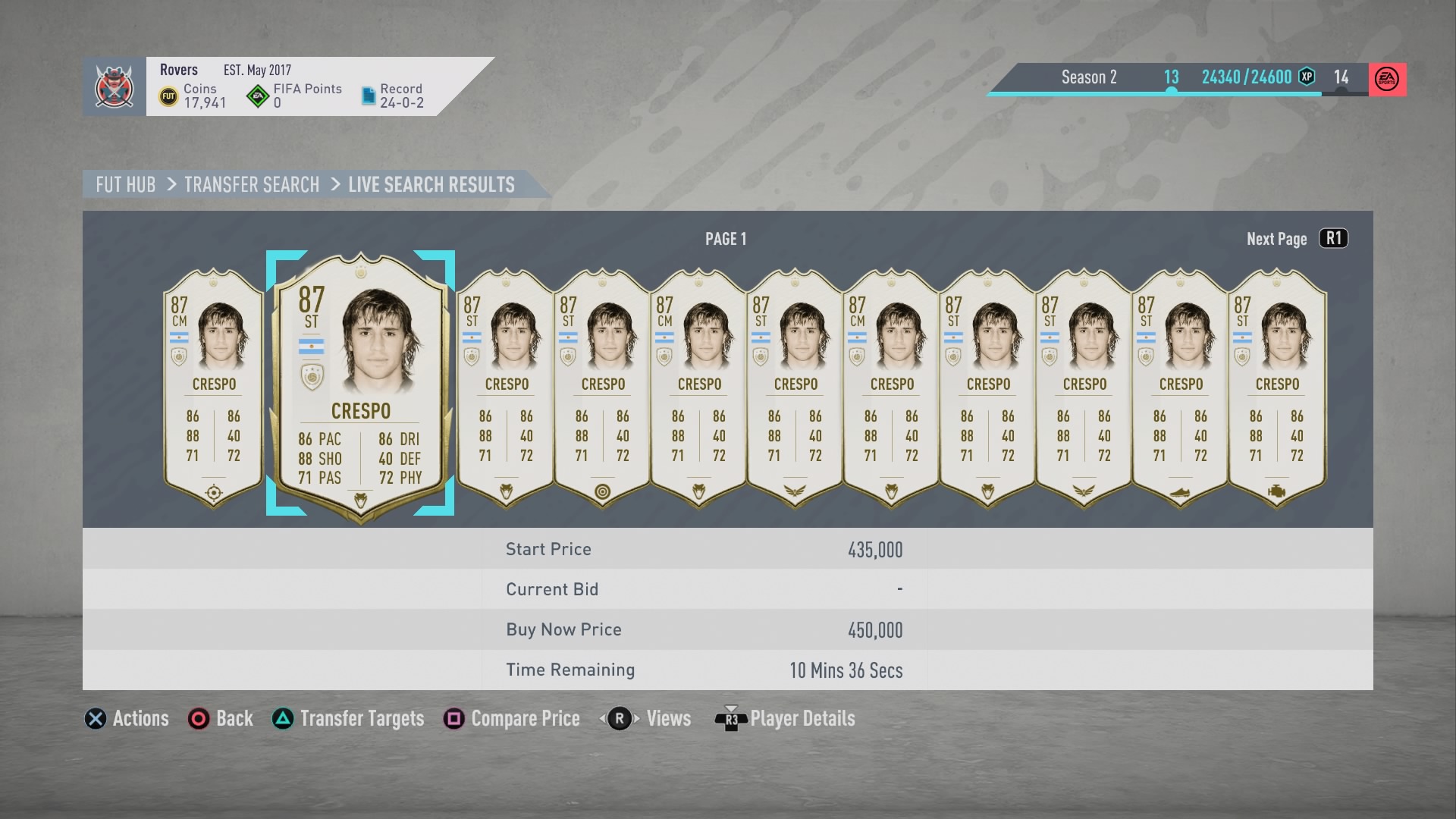 With 89 attacking positioning, 92 finishing and 82 shot power, Mid-ICON Crespo is easily one of the best ICON strikers under the price of 400k FUT coins.

Thanks to his attacking positioning stat, the Argentine legend is able to make intelligent runs in-game, enabling him to find free spaces to exploit in your opponent’s defensive set-up.

Crespo’s 86 pace can be boosted to 96 with a Hunter chemistry style, which would also nearly max out his already juiced up shooting stats by quite a bit, making him incredibly clinical in front of goal.

Crespo’s 87-rated card is a must-have if you’re looking for a relatively affordable ICON capable of finding the back of the net on a consistent basis. 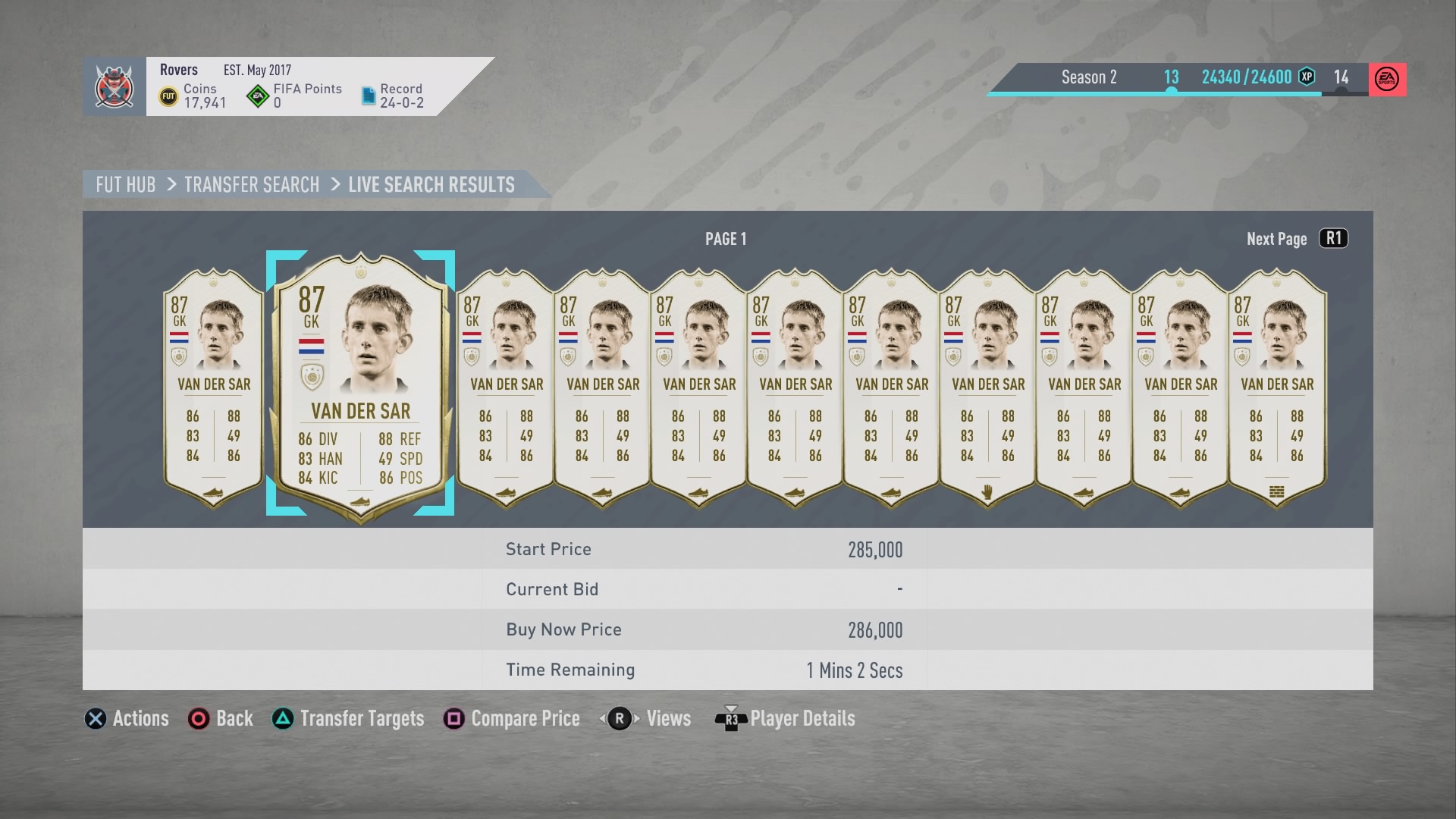 If you followed the FIFA 19 competitive scene closely, there was one ICON that kept popping up in goal for most of the pro players who competed at LAN events, and that ICON is none other than Manchester United legend, Edwin van der Sar.

In FIFA 20, van der Sar remains arguably the best goalkeeper available simply due to his ability to make saves that should hit the back of the net.

If you’re looking for a goalkeeper that can keep you in games when your opponent gets past your backline, then look no further than van der Sar’s Baby ICON version. 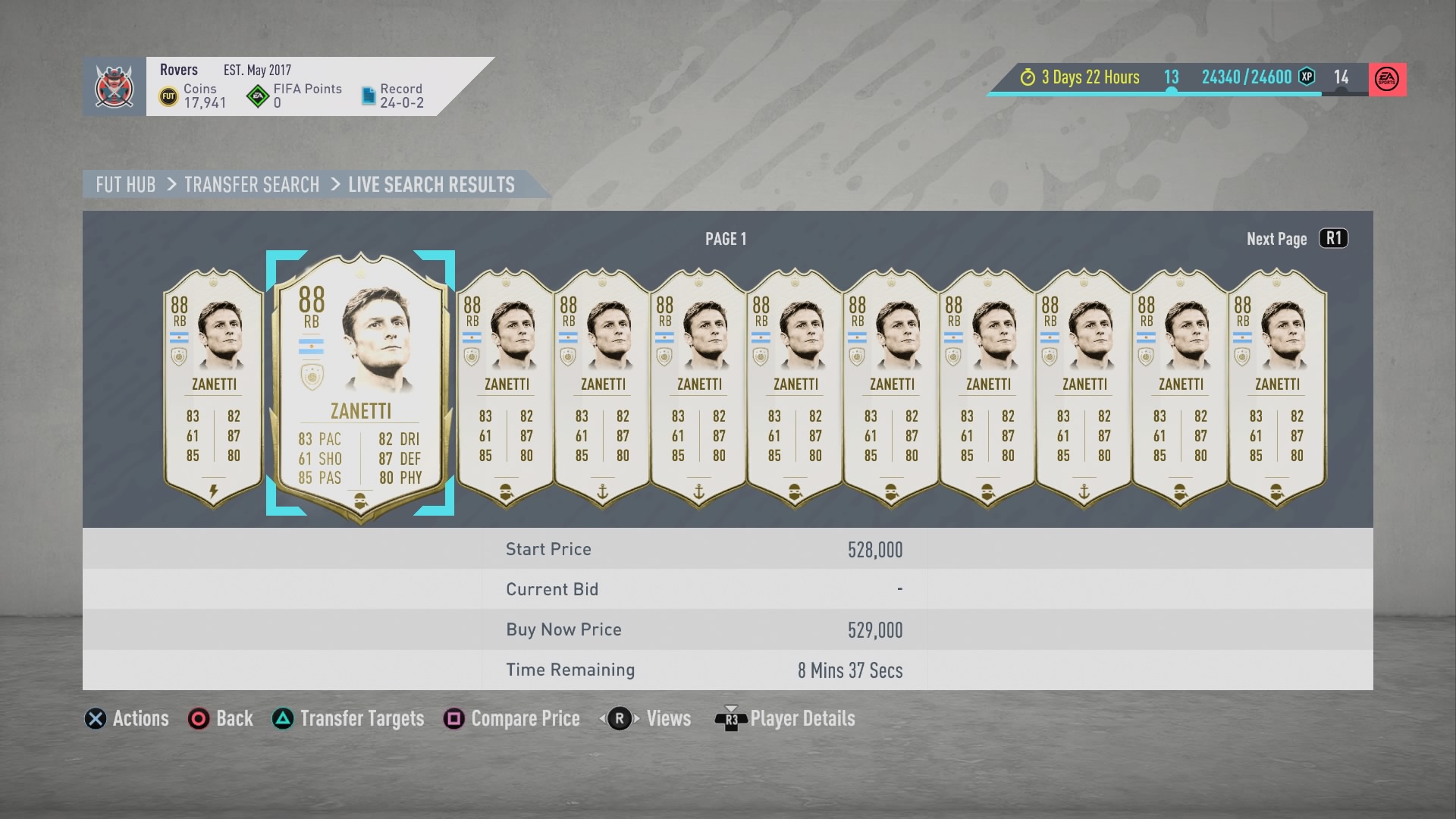 Javier Zanetti’s Baby ICON card is arguably one of the best ICON full-backs you can buy in FIFA 20 Ultimate Team.

The former Inter Milan captain has 84 composure, 88 pace, 84 reactions, and 95 stamina which allows him to perform to the best of his abilities for the entirety of each match.

A Shadow chemistry style will give Zanetti a significant speed boost, taking his pace stat from 88 to 98. This makes him capable of keeping up with the fastest players in the game.

For 400k or less you’d be getting an ICON that will keep your left flank on complete lockdown – you can’t go wrong with Zanetti in your Ultimate Team. 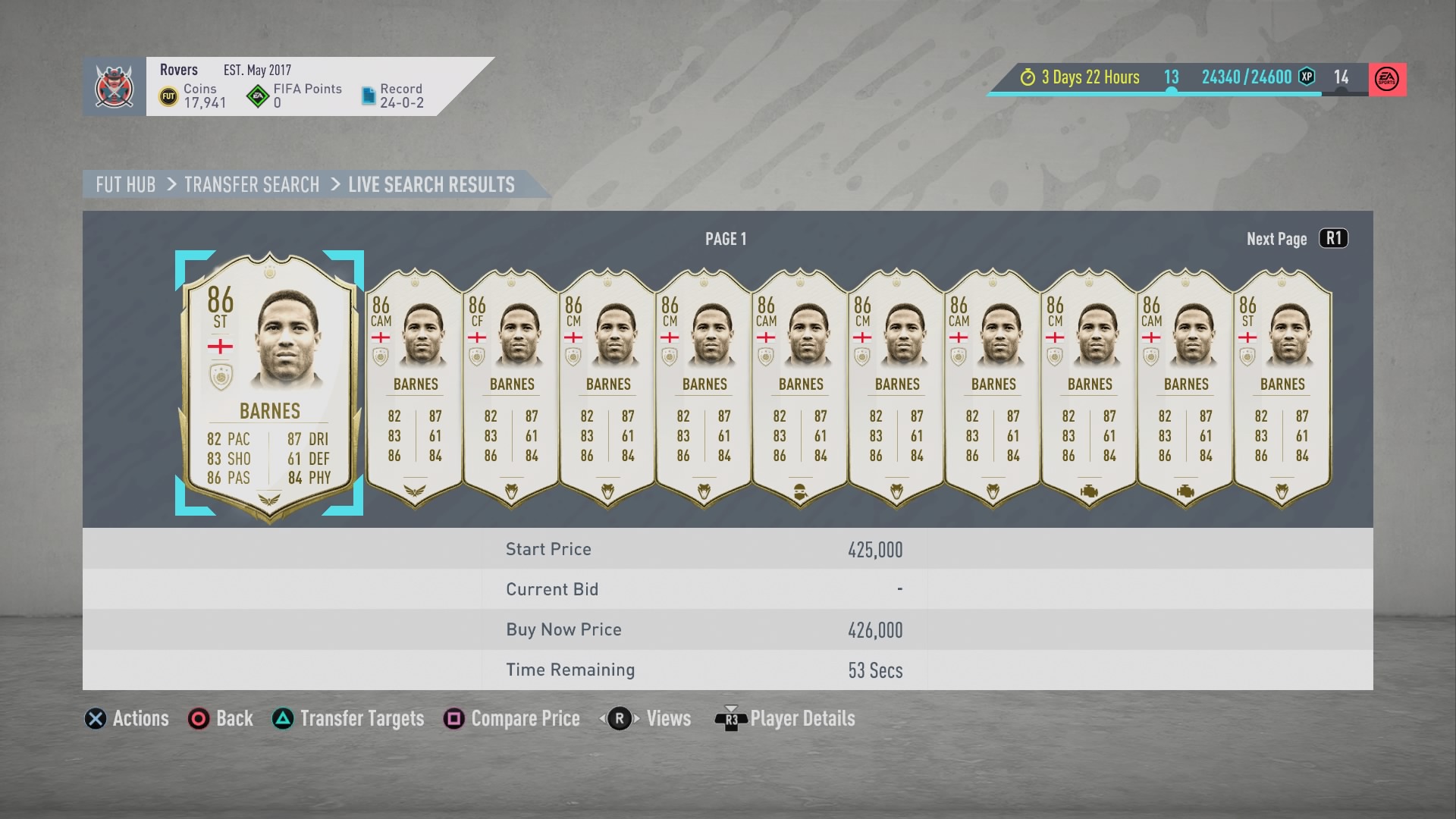 John Barnes has one of the most popular Baby ICON cards in the entire game, as he possesses a 6’0″ frame, has a 4-star skill rating and a 4-star weak foot.

Barnes is also borderline ‘Gullit Gang’ as all his face/card stats (bar defending) are rated 80 and above, making him an overpowered midfielder.

Barnes’ Baby ICON FUT card works excellently as a LCM or RCM in a 41212(2) formation, as he’s able to thwart your opponent’s attacking moves whilst pushing forward to help your side out in the attacking third when needs be.

He’s also effective in a 4-2-3-1 formation, but you’ll need to pair him alongside a more defensive-minded midfielder such as Fabinho.