The FIFA 20 Closed Beta is now live and exclusively available to US and UK players. Many fans who didn’t receive an invite via email are wondering if they can use other people’s codes. Unfortunately, EA have made it clear that FIFA 20 Beta codes are not transferable.

FIFA 20 Closed Beta codes are only available to selected players who have been invited by email – there is no other way to access the beta. Other user’s codes simply will not work on your account, receiving an invitation is the only way. Downloads will only be available for PS4 and Xbox One, the FIFA 20 Beta will not feature on PC or Nintendo Switch this year.

Selected players will need to follow certain rules – live streaming and image capturing of Closed Beta gameplay is against EA’s rules. This year’s FIFA Beta will be available from 6pm (UK time), August 9, until 12am (UK), August 22, 2019. Invitees will have access to Kickoff, plus either Career Mode, FUT (Ultimate Team), Pro Clubs, or VOLTA FOOTBALL. 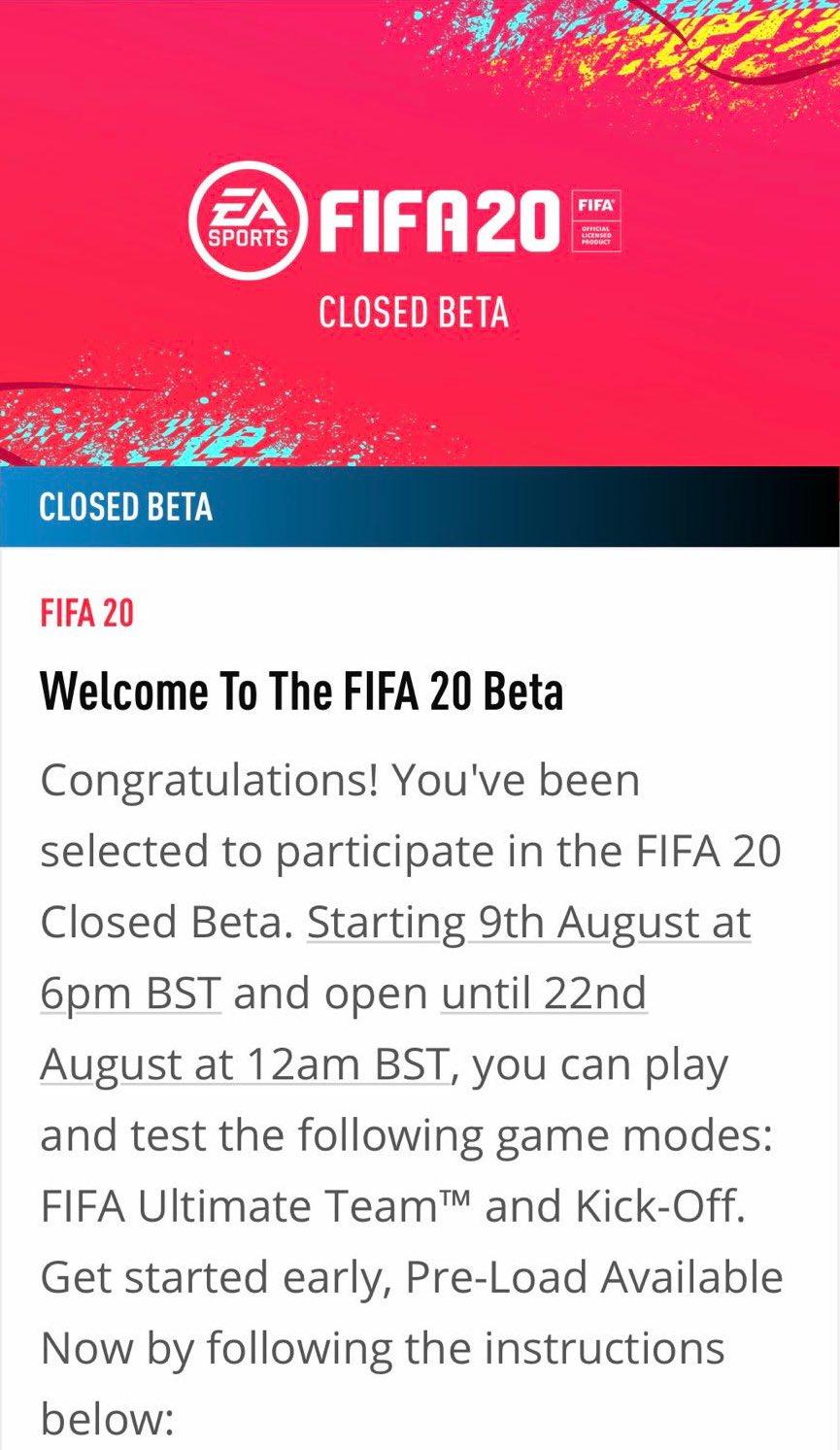 What is the point of the FIFA 20 Closed Beta?

As FIFA 20 is still a work in progress, the game developers at EA SPORTS require their work to be tested by a variety of FIFA players. The feedback provided at the end of the Closed Beta period is essential in helping the developers understand what exactly needs to be improved before the final release date. Much of this work is fine-tuning various details.

Will progress on the FIFA 20 Beta carry over to the full game?

As the FIFA 20 Beta is essentially a test mode, progress will not be saved. This means that any progress made during the Closed Beta will not carry over to the full game. This applies for all game modes, including Career Mode, Ultimate Team, Pro Clubs, or VOLTA FOOTBALL. We feel for you if you end up finding Lionel Messi or Cristiano Ronaldo in a FUT pack!

Have you received a FIFA 20 Closed Beta code via email? If so, which game mode have you been given access to this year? We also recommend checking your junk box/folder on your email account just in case. You can get in touch with us via Twitter to let us know whether or not you were fortunate enough to receive a FIFA 20 Beta code.