FIFA 19 TOTW 7 has officially been revealed! FUT 19 Team of

This new FUT TOTW squad can be viewed via the FIFA Web App, and is challengeable for bonus coins via your console. 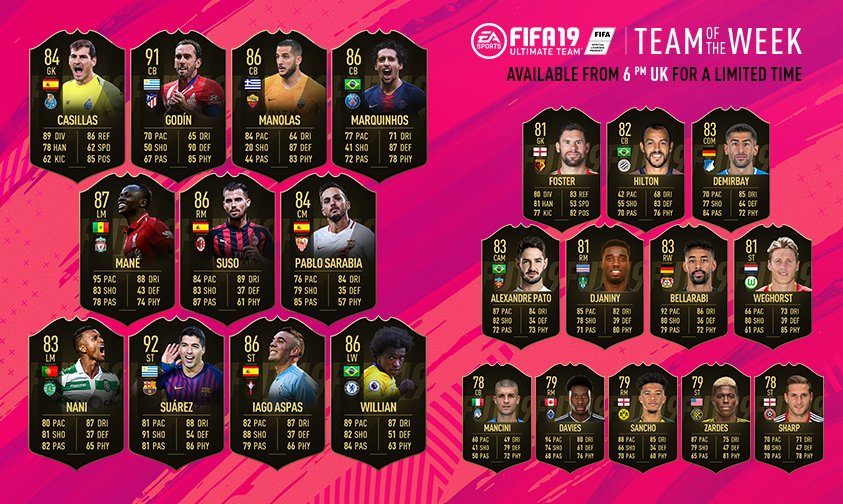 Any FIFA 19 OTW (Ones to Watch) cards will be updated within FUT shortly after the release of these new IF (inform) cards.

Have the EA SPORTS FIFA team left out any deserving candidates from
this FIFA 19 TOTW 7 squad? Are there any players that you feel have been
wrongfully included in this FUT Team of the Week? Get in touch with us
on Twitter and share your thoughts and opinions!