FIFA Road to the Final

FIFA 19 Road to the Final upgrades have arrived in FUT! These dynamic player items come in the form of UEFA Champions League and Europa League cards. They will be upgraded throughout the season based on the success of their club in the UCL or UEL.

Road to the Final (RTTF/RTF) is all about a team’s success in these prestigious competitions. These dynamic player items will receive upgrades whenever their club wins or advances through select stages of the UCL and UEL. FIFA 19 Road to the Final players will be upgraded regardless of their individual performances. 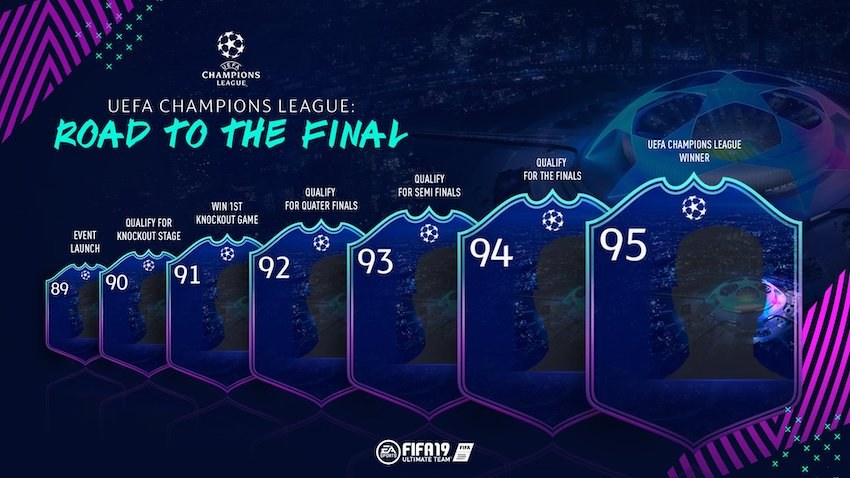 FIFA 19 RTF includes 21 UEFA Champions League cards, these will be available in FUT packs until 6pm (UK time), November 16, 2018. A total of four UEFA Europa cards will also be released via SBCs (Squad Building Challenges), throughout the event.

These brand new FIFA 19 RTTF cards are sure to add some extra excitement to upcoming Champions League and Europa League fixtures! Follow how the world’s biggest football clubs perform in their campaign for European glory. The FUT 19 Road To the Final has begun! 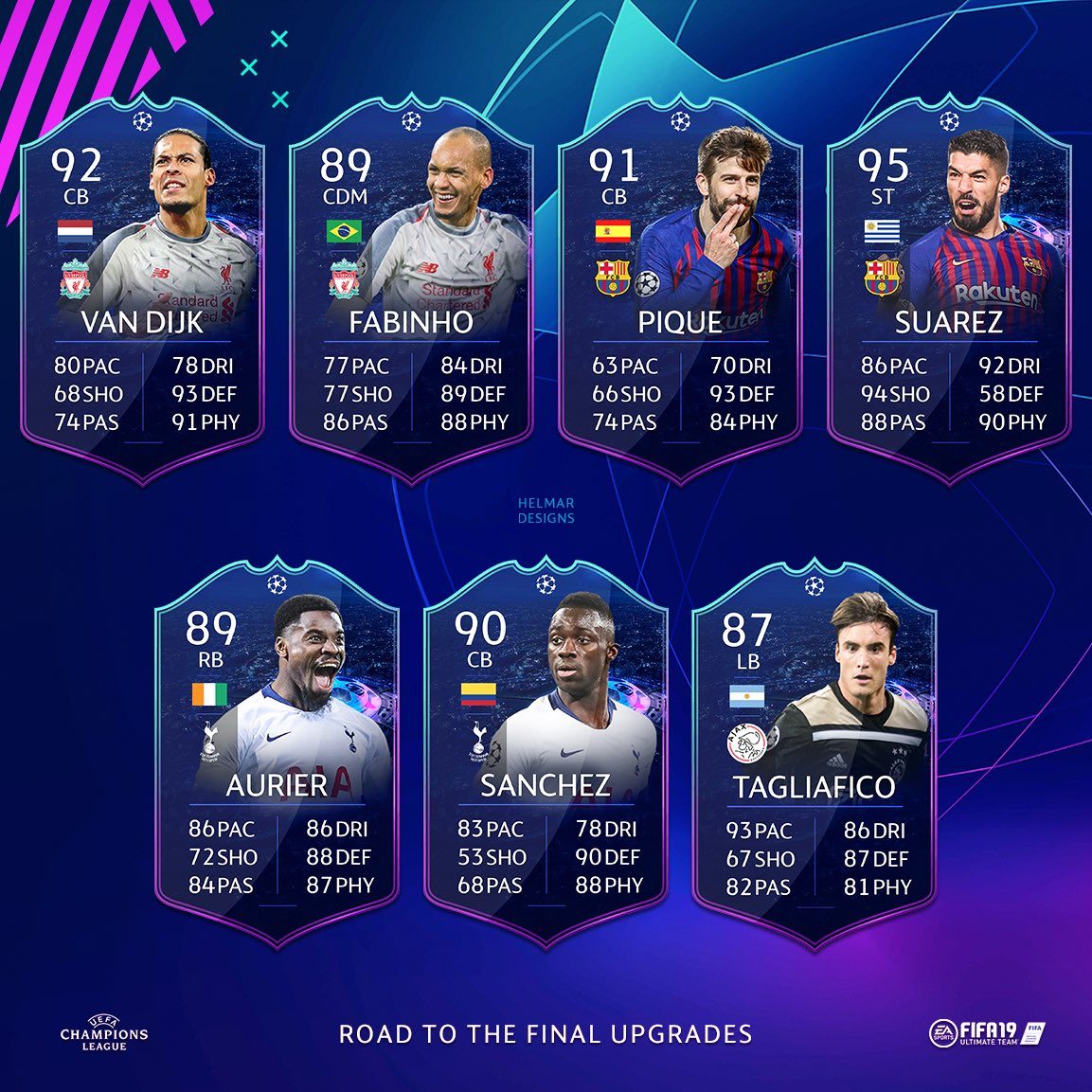 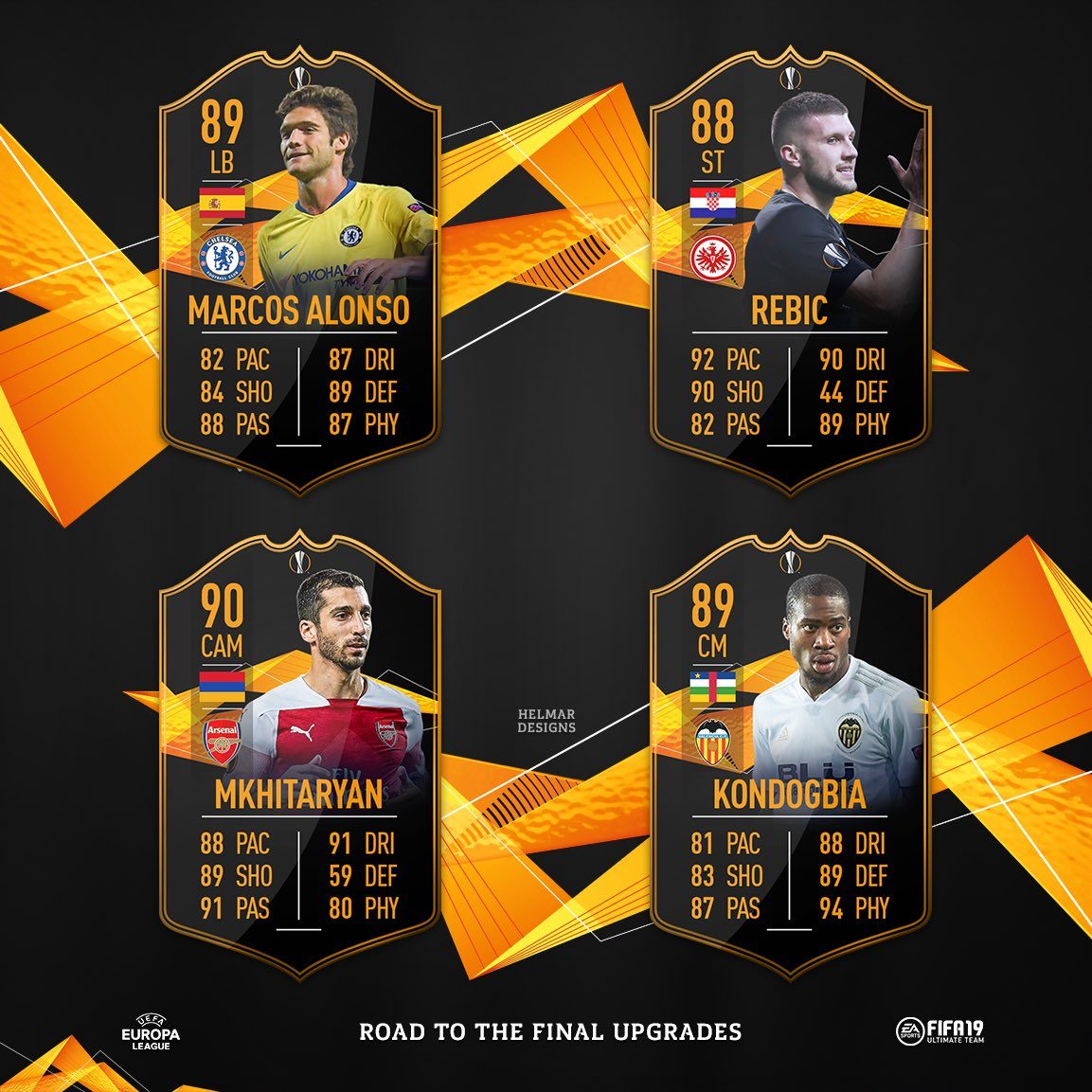 FUT 19 Road to the Final FAQ

When will FUT 19 RTTF players be upgraded?

Every Road to the Final card starts with an in-form upgrade at the beginning of the event. Following this, each time a player’s team advances through particular stages of the tournament, their RTTF item will receive a further upgrade. Each player has the potential to receive a total of seven upgrades throughout FIFA 19 Ultimate Team!

How big will each RTF upgrade be?

On each occasion an RTF card is upgraded they will receive the equivalent of an in-form upgrade.

Will a Road to the Final player still receive an upgrade if they don’t play and their team advances?

Yes, a player does not need to be selected or have played in the game for them to be upgraded.

What happens if a FIFA 19 Road to the Final player transfers to a different club?

If the player transfers to a team not playing in either the UCL or UEL they will no longer receive any upgrades.

What happens if a player’s club ends up third in the UEFA Champions League group stage?

The player’s card will be updated to a UEFA Europa League RTF item, they will not receive a +1 OVR upgrade for advancing to the Knockout stage, but they will continue to receive upgrades if their team advances further in the competition.

Are you a fan of this new FIFA 19 Road to the Final concept? Will this result in you watching more UEFA Champions League & UEFA Europa League football matches? Let us know your thoughts and opinions via Twitter!