Electronic Arts and The Premier League have announced the inaugural season of the ePremier League (ePL), to be operated and organized by Gfinity.

The biggest news is that all 20 current Premier League clubs will be represented in the league, which means a new undertaking for many, considering that only a handful of them already have esports players.

The ePL will begin in January 2019, starting with online qualifiers. It will last only three months, with the finals taking place on March 28-29, which will be broadcast live on Sky Sports.

Each ePremier League team will have two players, one from each console (PS4 and Xbox One), and competing in it will also earn points that directly feed into the season long Global Series for FIFA 19.

The Managing Director of the Premier League, Richard Masters, explained that “this new esports competition will provide our clubs with an exciting opportunity to engage” with their fans who are also passionate about FIFA.

For EA, it is massive boost to their esports ambitions, with the financial backing of the Premier League, but also the appeal to non-esports fans who may be more intrigued given the familiar names of all 20 Premier League clubs. 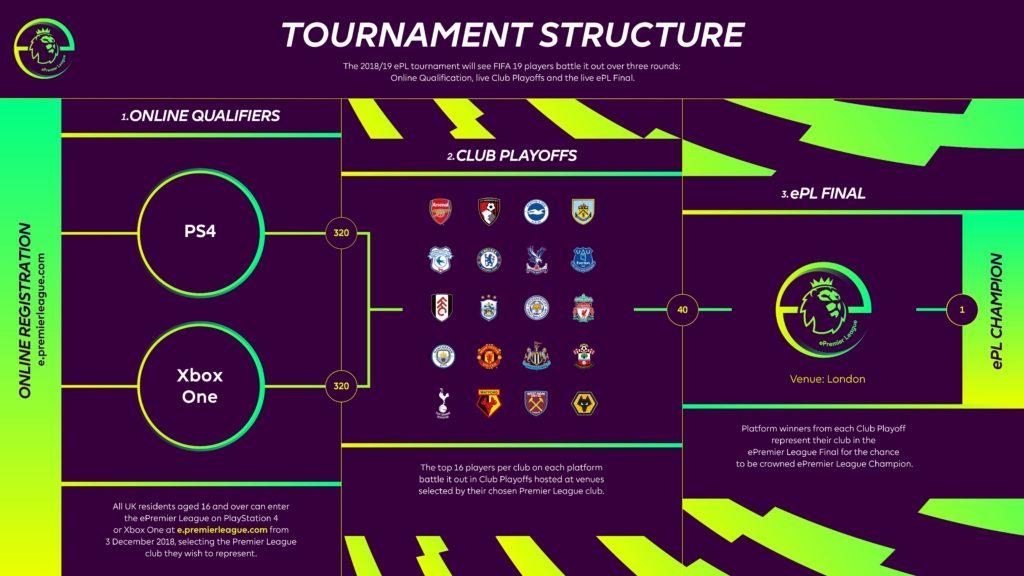 Todd Sitrin, GM of EA’s competitive gaming division, explained that the ePL will push FIFA esports to “unprecedented heights”, by using traditional sports to “accelerate” the growth of esports.

“Through the ePL, this partnership carves a critical path forward in expanding competition not only for players but for the hundreds of millions watching Premier League games who now can support their club on the virtual and the traditional pitch.”

Registration for the ePL will open on December 3, and players will need to be registered for the FIFA 19 Global Series by October 31.