With the Fifa eWorld Cup taking place right now in London, Arsenal player Mesut Özil has announced the creation of his esports team is in the works.

Few players have taken the leap themselves and invested in esports, but Barcelona player Gerard Pique and the legendary Ronaldinho have been the trend setters for player-owned teams.

Özil, who plays for English Premier League club Arsenal and (until his recent retirement from international football) Germany, announced the creation of his esports team and the opening of recruitment for a FIFA roster on August 2. 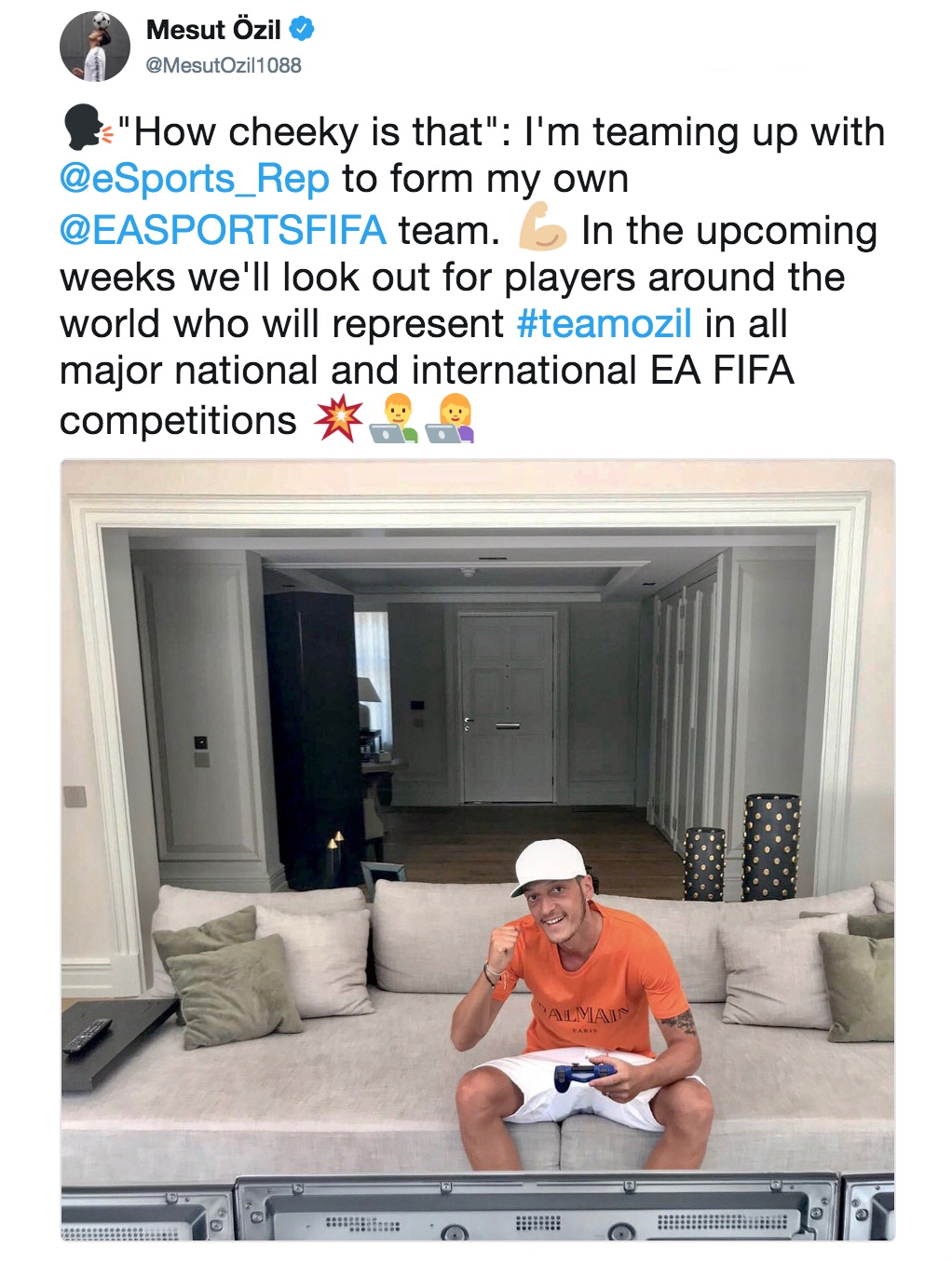 Özil was part of the promotion for the FIFA eWorld Cup in London, featuring in the trailer video and attending the event, as he takes a keen interest in the burgeoning FIFA esports scene.

These games have massive casual player bases, thanks to the popularity of their respective real-life equivalents, in turn creating a huge talent pool of potential esports stars.

Özil is partnering with eSports Reputation to operate his team, a management and agency company specifically for esports players.