The qualifiers for the Fortnite World Cup have already had their fair share of drama, despite the fact that only three out of the ten qualification tournaments have been played.

Easily the most controversy came during the qualifier played April 27-28, which saw Rise Nation pro player Damion ‘XXiF’ C. qualify for the World Cup but also be accused of cheating.

Back on April 29, a video was published on Twitter that showed XXiF potentially teaming with other players during the qualifier to try and get free elimination points, a direct violation of Epic Games’ rules.

Despite his denial of any wrongdoing, XXiF was brutalized in the court of public opinion, with a large majority of the competitive community outraged at what they had seen in the clip.

Epic launched their own investigation into the matter, and later concluded that there had enough evidence to implicate XXiF of teaming, which resulted in the player forfeiting his prize money and World Cup qualification.

Although he wasn’t specifically named in Epic’s competitive ruling post on May 3, pretty much everyone knew that XXiF was the player who was handed the 14 day competitive ban. 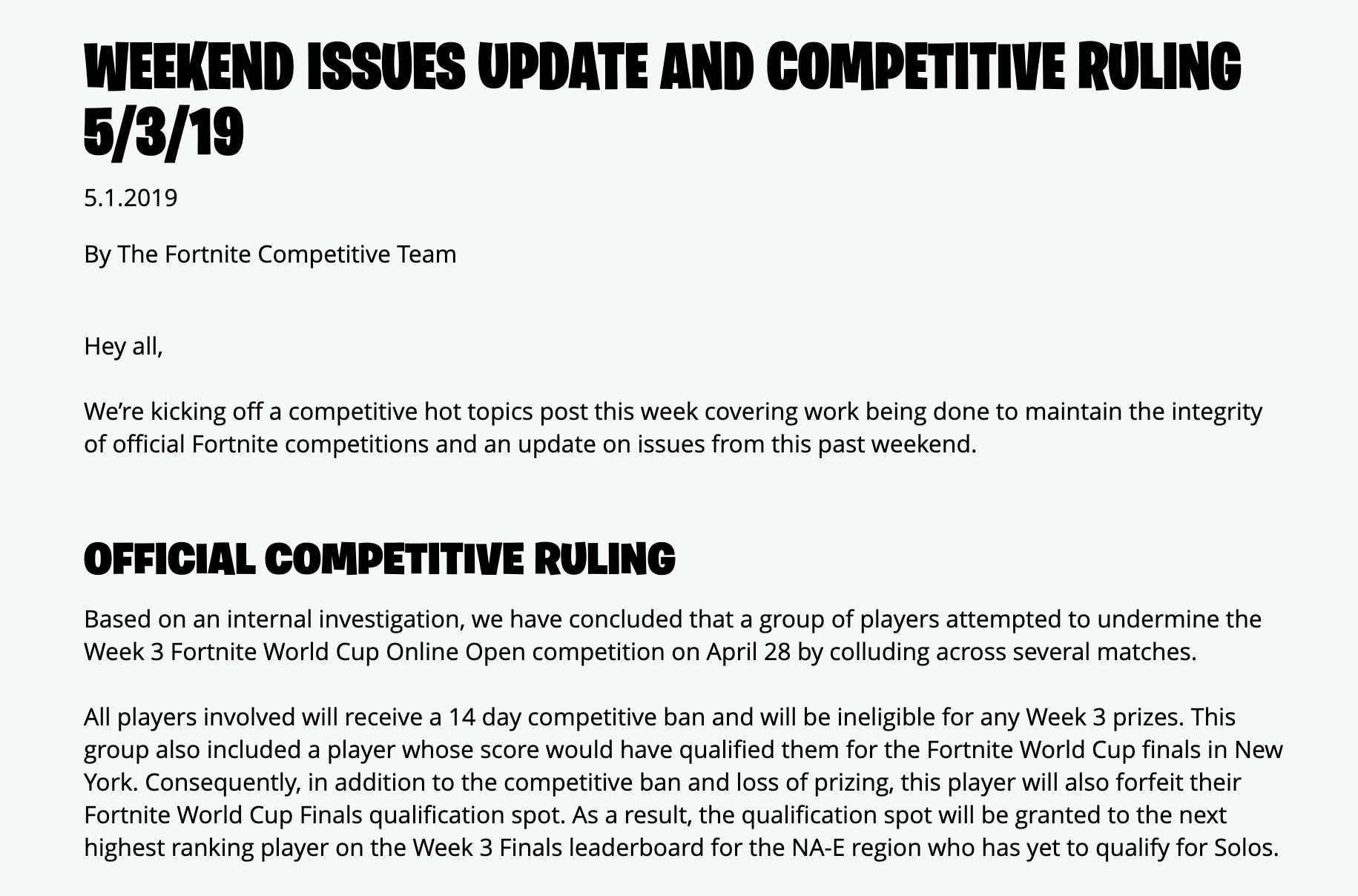 Once the competitive ruling from Epic was posted, it was only a matter of time until Rise Nation would drop XXiF from their competitive Fortnite BR roster.

Interestingly enough, XXiF was not the only player dropped, as Rise decided to cut ties with Ronald ‘Ronaldo’ Mach as well.

“Due to he recent allegations being confirmed by Epic Games, we’ll be releasing XXiF and RonaldoTV from our Rise Fortnite roster,” they tweeted. “We don’t tolerate cheating within our esports organization and hope our fans continue to support us.”

While this may have caught some off guard, Ronaldo had also been under public scrutiny in the days leading up because some had accused him of having teamed with the same players that XXiF was seen teaming with in the third qualifier.

Whether or not Ronaldo was also handed a punishment by Epic remains unclear at this point, but that could very well have been what convinced Rise to drop him as well.

Ronaldo, of course, established quite a name for himself at the Secret Skirmish event in February, placing top-10 in the Solos tournament while winning the Duos competition with Ghost Gaming’s Saf. 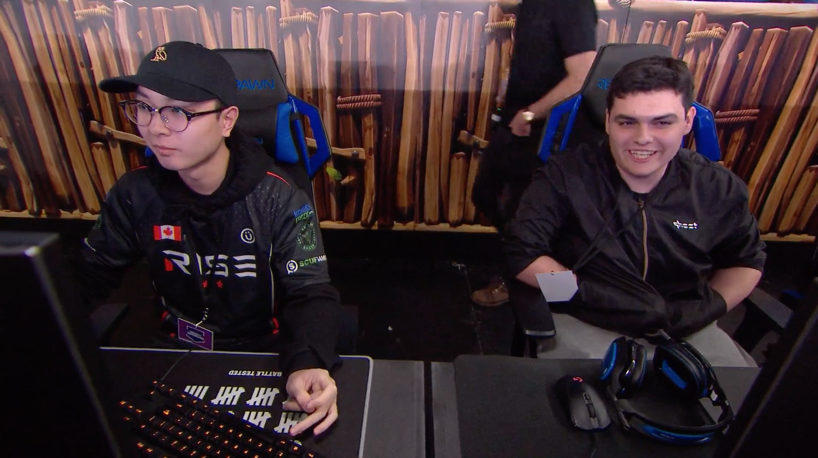 Ronaldo (left) placed first at the Duos tournament during the Secret Skirmish event, having been paired up with Ghost Gaming’s Saf.

The two Fortnite BR pros were not the only Rise Nation players to have parted ways with the team, as top Street Fighter V star ‘MenaRD’ also left following the expiration of his contract.

Having won the Capcom Cup in 2017, MenaRD is widely considered to be one of the best FGC players out there, so it came as a shock to many that he was allowed to leave the team in such manner.

However, unlike the situation with XXiF and Ronaldo, MenaRD’s departure was not due to any foul play or cheating, and he expressed high admiration for the org on his way out.