100 Thieves CEO Matt ‘Nadeshot’ Haag and his Team Liquid counterpart Steve Arhancet have gotten into a good-natured war of words over social media.

The two orgs’ League of Legend teams are set to clash in a high stakes match-up in the semifinals of the NA LCS 2018 Summer Playoffs on September 2 at the Oracle Arena in Oakland, CA.

Although that match is still several days away, the two CEO’s have already started their trash talking, with Arhancet tweeting out a clip from their meeting the Spring Split Playoffs Grand Finals, which Team Liquid dominated to win 3-0.

How have you been sleeping this week @nadeshot?

The 100 Thieves CEO did not blink an eye or hesitate in his response, as he threw a jab at the fact that it took Arhancet and Liquid six years to get a championship banner, while it only took 100T six months to make it to the finals of a NA LCS Split.

Been getting 8 hours every night knowing it took 6 years for you to get a banner in the studio but only took us 6 months to meet you in the finals. 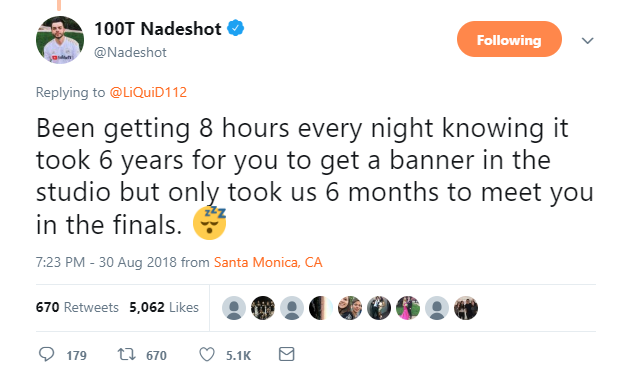 100 Thieves’ immediate success within League of Legends esports is well documented; the org went 12-6 to place first in the regular season of their first ever Split in the spring, making it all the way to the finals in their first ever Playoffs as well.

This Split has not been as easy; the team went 10-8 to place third, and thus were forced to play in the first round, which they advanced through after beating FlyQuest 3-0. 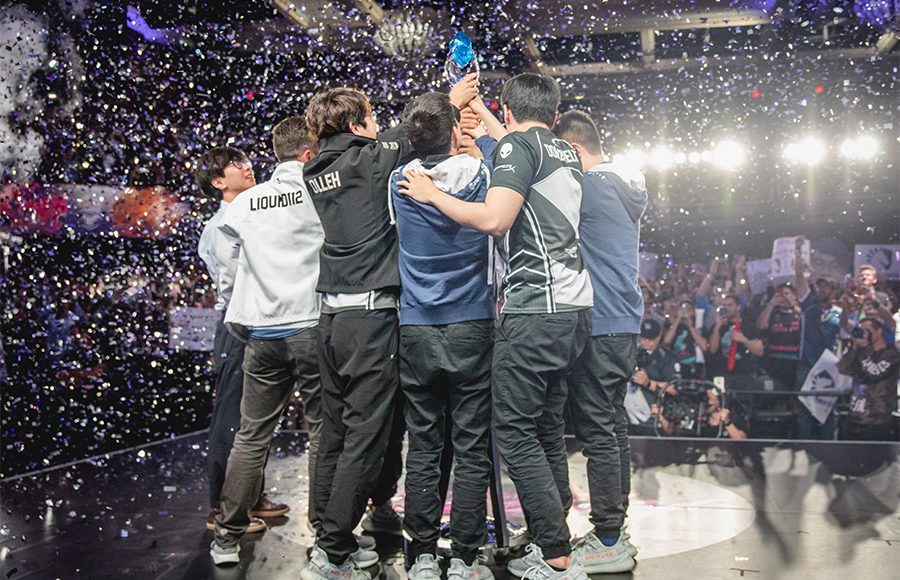 While a victory in the semifinals doesn’t guarantee anything for either 100T or Team Liquid, it does place one of them in the finals, where $100,000 and, more importantly, direct qualification to 2018 World Championship will be at stake.

Team Liquid have already clinched a spot in Worlds, on the virtue of winning the NA Spring Split, but 100T will have all the work to do if they want their season to continue into October.