The news was announced via a post on the 100 Thieves official Twitter page. The announcement included an image of Muddawg holding his new 100 Thieves jersey accompanied by the org’s founder and CEO Matt ‘Nadeshot’ Haag and President and COO John Robinson.

We’re excited to welcome Eric @Muddawg Sanders to 100 Thieves as our Head of Esports Operations. He joins us from Activision Blizzard and will be working closely with all of our competitive teams and players. #HonorAmongThieves 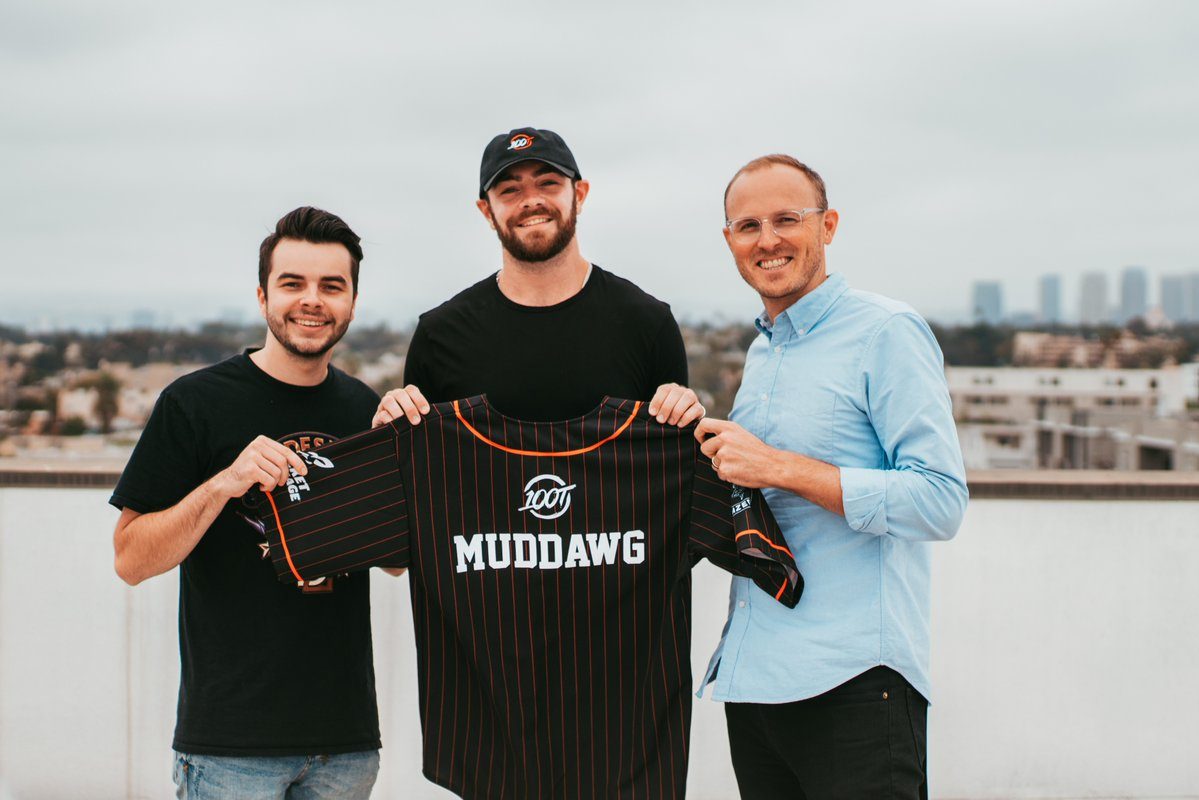 One of the highest regarded names in esports, Muddawg has been around the competitive CoD community for a very long time as a player, coordinator, and analyst.

Prior to joining 100 Thieves, he had been working at Activision Blizzard for the past two years, his last position being an Esports Product Management Coordinator.

He would also appear on the analyst desk from time to time at various CoD World League events.

Muddawg had announced his resignation from Activision on August 24 via a post on his Twitter page, in which he hinted that he had an “exciting opportunity” ahead of him. 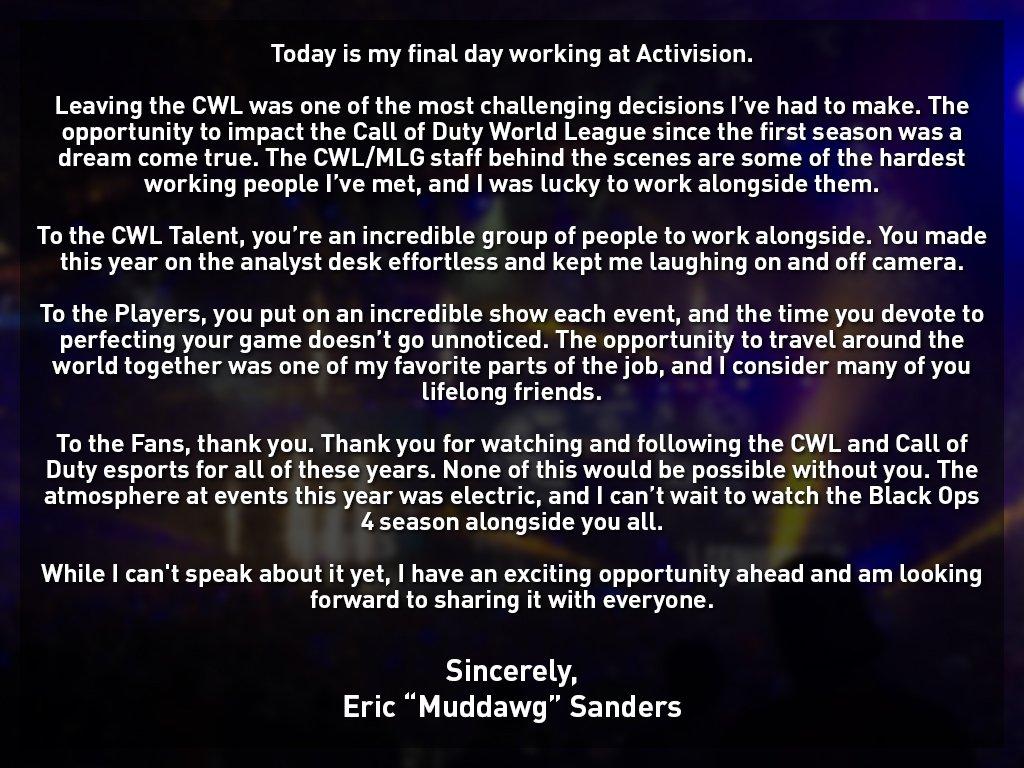 At the time, many had speculated that he would be joining a top esports organization, and 100 Thieves was certainly a destination that was mentioned in those speculations.

Now that his move is official, Muddawg will look to apply his valuable expertise in helping manage 100 Thieves, and he will likely play an active role with the org’s brand new Call of Duty roster, which many are labeling as one of the best ever.