UK-based esports organization Fnatic have had their Twitter page suspended on August 13 after apparently being mistaken as too young to hold an account.

On August 13, fans began to notice that they couldn’t find the organization’s page on Twitter, leading to speculation that their handle had been changed.

It was then discovered that the account had been banned from the social media platform, initially causing confusion. 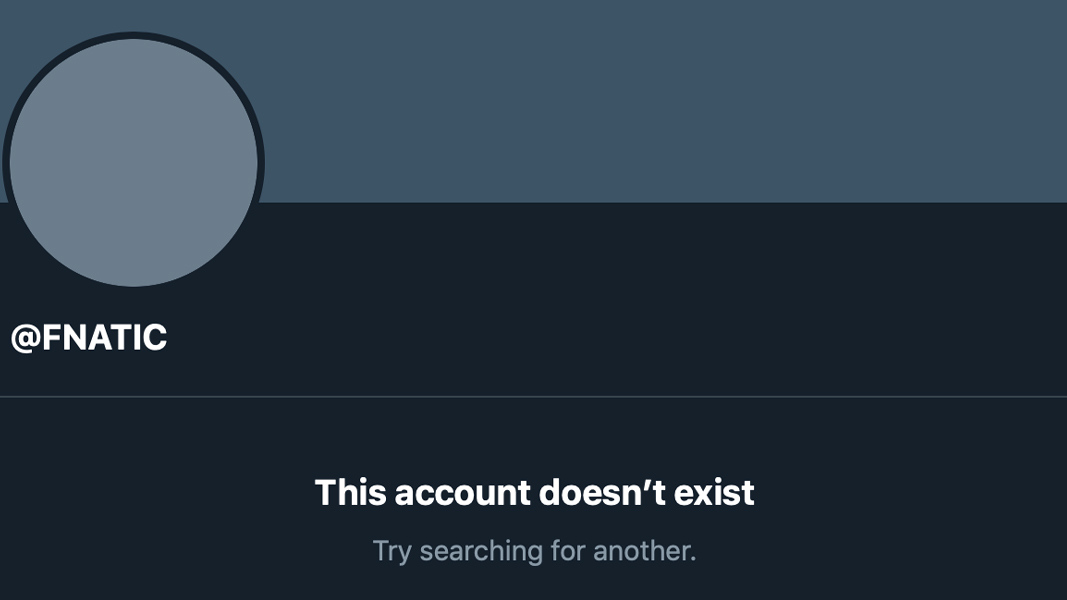 Fans’ concerns proved accurate when, on August 13, FNATIC founder and CEO Sam Mathews tweeted to ask for the account to be restored.

“Help @Twitter Can we have @fnatic account back?!” Mathews asked. “Can assure you I was 19 when I started it!”

The FNATIC CEO then includes part of Twitter’s terms of service, seemingly to explain why the account was removed: “Our Terms of Service require everyone who uses Twitter to be 13 or older, and we have determined that you did not meet the minimum age requirement at the time this account was created.”

Halp @Twitter Can we have @fnatic account back?! Can assure you I was 19 when I started it!

"Our Terms of Service require everyone who uses Twitter to be 13 or older, and we have determined that you did not meet the minimum age requirement at the time this account was created."

Furthermore, the organization is over 15 years old – so even if it had Twitter’s age restrictions imposed on it – it would still be old enough.

Rival organization Splyce tweeted Twitter to encourage them to restore the Fnatic account, even taking a jab at the games Fnatic are playing.

… in all seriousness, we hope @Fnatic’s account comes back soon. It’s gonna be a lonely week of buildup to our game for 2nd place otherwise :sob: #LEC pic.twitter.com/lnZRuRrE3R

Fnatic are one of the best known esports organizations in the world. They were founded in July of 2004, and have teams competing in a number of esports, including Counter Strike: Global Offensive, League of Legends and Tom Clancy’s Rainbox Six Siege.

It looks like the incident has been resolved already, with the FNATIC Twitter page being restored. However, where it previously had over 1 million followers, it currently displays much lower numbers. It’s not clear whether this is a display glitch or the page really has lost all its followers. 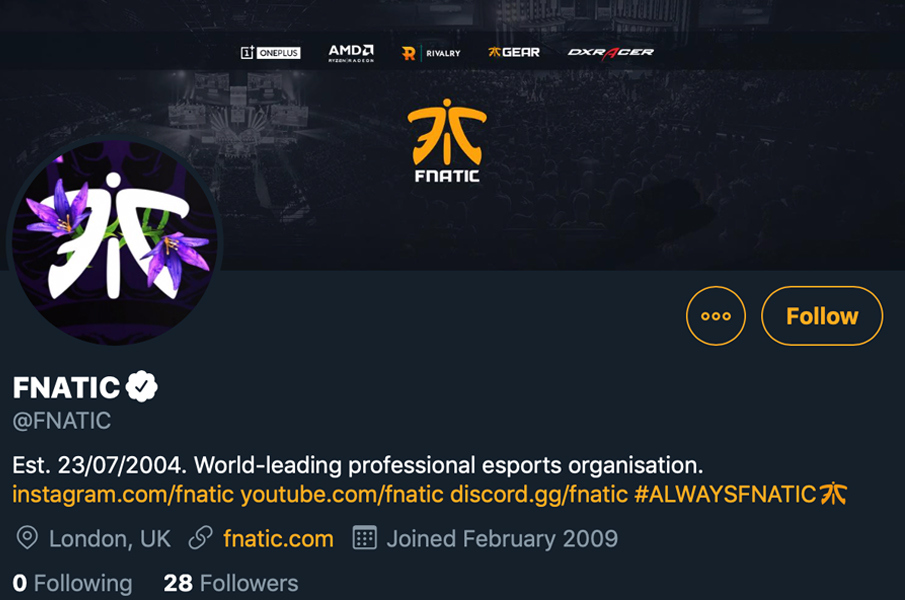 The account has been restored, but appears to have lost all of its followers.

We will continue to update this story where necessary.