Controversial YouTuber Logan Paul is gearing up for a slap-battle against some of Russia’s strongest champions – but he made sure to get in some practice with a fellow content creator ahead of time.

YouTuber Vitaly Zdorovetskiy threw down with Paul in mock slap-battle on May 4, during Jake Paul’s massive house party thrown in honor of American rapper Desiigner.

Of course, not just anyone would be doing the slapping: the YouTubers first played a game of “rock, paper, scissors” to determine the slapee, which ended up being Paul, after he incorrectly guessed “rock” against Vitaly’s “scissors.”

Logan brushed off Vitaly’s vicious slap with a shake of his head, embracing him with a good-natured handshake before assessing his own readiness for his upcoming stint in Russia.

Paul was announced as a participant in the upcoming ‘Battle on the Volga’ by Russian media outlet ‘Generation Iron’ on April 24, which reported that he would be going up against two of the country’s greatest slap champions.

One of these competitors is the formidable “Russian slap champion” Vasily Pelmen, also known as ‘Dumpling.’

Famous YouTuber @LoganPaul will face off in a slap fight tournament against one of the most massive slap champions in the world! Details here: https://t.co/5wNrbtJmhN#LoganPaul #SlapFight #Dumpling #Bodybuilding #GenerationIron pic.twitter.com/Me2gHmdnSQ

Weighing in at 370 pounds, ‘Dumpling’ took the Male Slapping Championship at the 2019 Siberian Power Show in a landslide victory – marking a major opponent for Paul.

‘Dumpling’ isn’t the only slap-champion Paul will be facing, either; the YouTuber is likewise set to throw down with “the enormous Uncle Serozha,” which will take place at the ‘Volga’ from May 24-27. 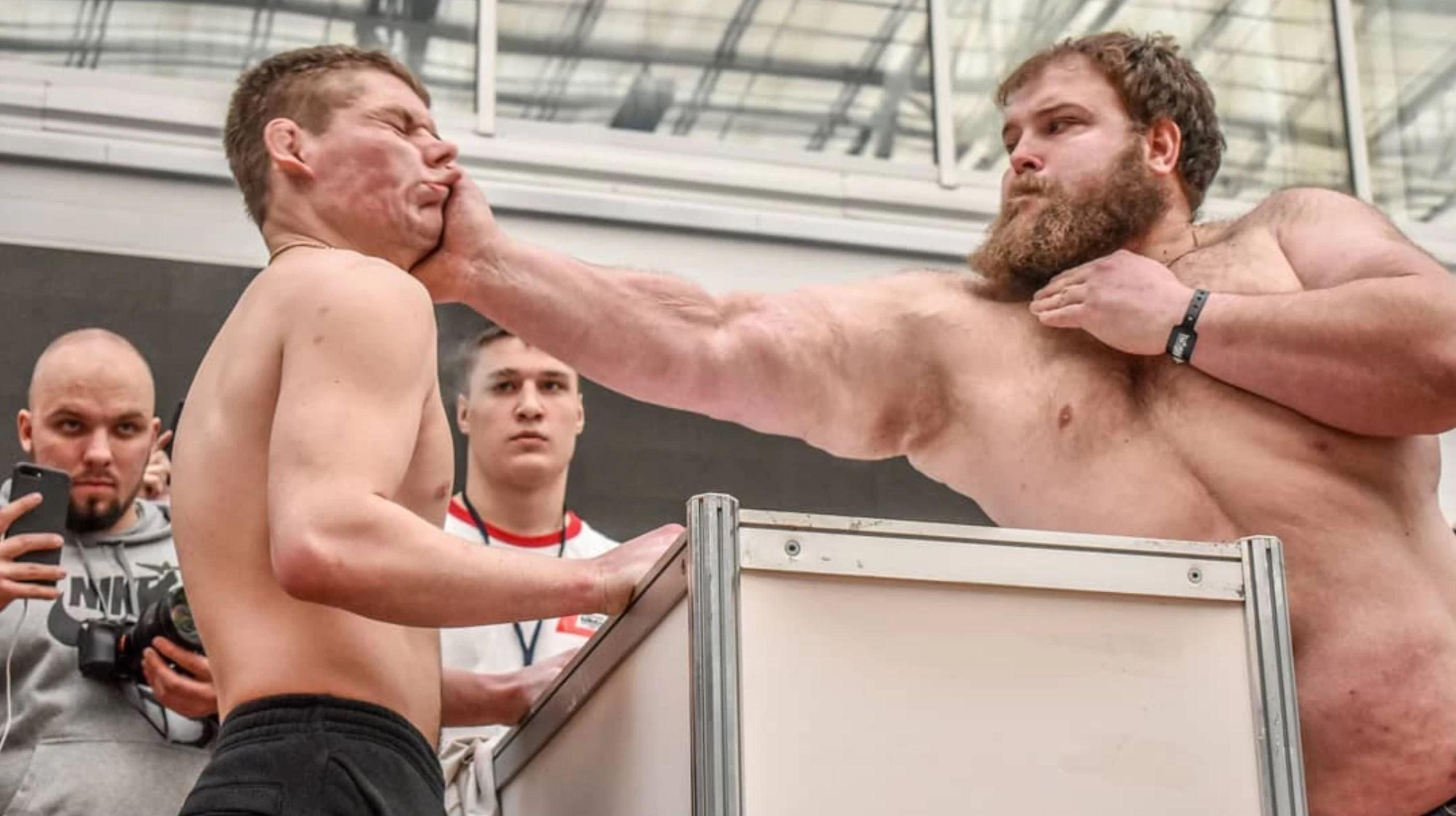 Logan Paul is set to fight Russian slap-fighting champion ‘Dumpling’ in late May – giving him a two-week window to prepare for the competition.

This leaves Paul with a mere two-week period to train for the upcoming battle – which some fans speculate may be tied to Paul’s upcoming documentary, as he hasn’t released much info on the topic.

Paul himself described his next documentary as a “five course fucking meal” in a cryptic Tweet ahead of the ‘Volga’s’ announcement, following the release of his Flat-Earth ‘mockumentary’ in late March.

we found the idea for our next documentary. if flat earth was an appetizer this one is a five course fucking meal :smiling_imp:

While Jake Paul’s house party provided a brief insight into Logan’s next adventure, it wasn’t all sunshine and roses; allegations have since arisen that a group of female party-goers were purportedly drugged at the event, although none of the claims have yet been verified.