Former Overwatch League player Félix ‘xQc’ Langyel has won his first Minecraft Monday, and his celebration reminded us all of why he loves to compete.

xQc and his duo partner m0xyy have been competing in Minecraft Monday since the beginning, with the duo slowly improving their results over the last 12 weeks.

The fruits of their labor have finally come through though, with the pair winning their first Minecraft Monday by a whopping 300 points. However, while the win was great for the hard-working duo, it was even sweeter for xQc, who looked over the moon with the result. 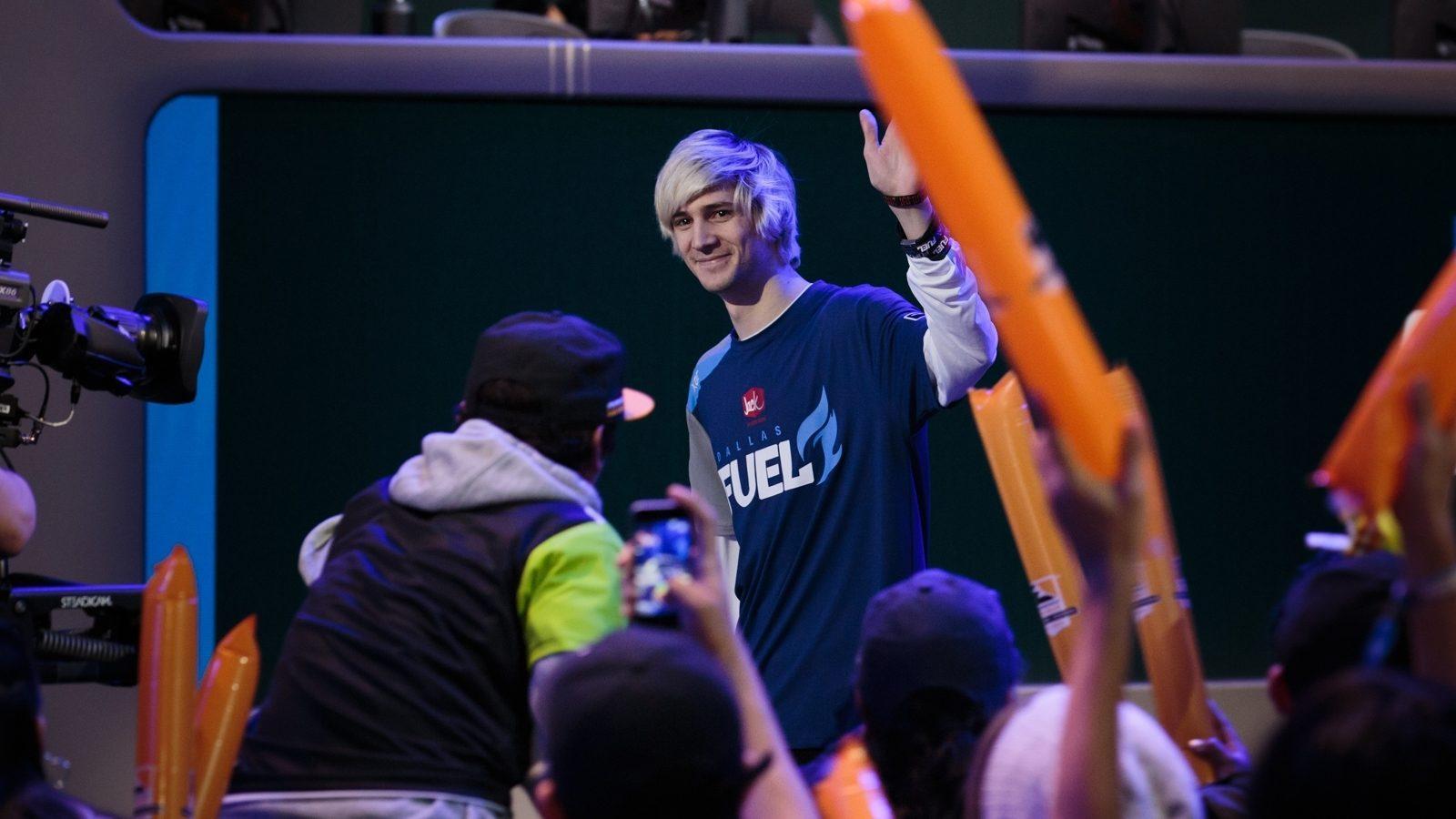 xQc has gone from the Overwatch League stage to streaming, playing in events like Minecraft Monday.
[ad name=”article2″]

As the Hunger Games wrapped up, the pair were itching to get back to the scoreboard and check their results.

“It’s okay, right? Please, please please – that’s it! 300 points ahead! Let’s f***ing go,” they screamed as the results panned over, showing the duo had dominated the competition. xQc managed to get 758 points, while m0xyy managed 905.

xQc has proven to be a star at TnT Run and Parkour, and while they had a slow finish in Hunger Games, they got a large enough lead in the first few game modes to hold on.

xQc also gave a golden post-game interview, reminiscent of the days of Overwatch League and his wins with the Dallas Fuel.

“We rolled, that’s what we did,” he said. “The strat we had – which I spoke to m0xyy about – is that if we get focused, we can’t let grudges get in the way and we have to focus on our own game modes, our win, our strats, and not care about what they do.”

He managed a cheeky dig at Tyler ‘Ninja’ Blevins too, who returned to the Minecraft Monday action with three-time champion ‘TechnoBlade’ this week.

“Listen, no offence to TechnoBlade, but I feel like he went for the bigger streamer instead of the better team mate,” he said, tongue-in-cheek. “Me and m0xyy have something indestructible, and that’s friendship.”

His departure from Overwatch League was rather unceremonious, but that doesn’t mean the fire isn’t burning for the Canadian. xQc has mentioned his desire to compete again many times on stream as well as on Twitter.

Events like Minecraft Mondays look like they fill the void for the victory-hungry streamer. The competition this week was fierce, and the practice he’s been putting in looks like it’s starting to pay off.

While it might not be under the bright lights of Blizzard Arena or the Anaheim Convention Center, xQc’s win today has reminded everyone of his love of competing, and that this might not be the last Minecraft Monday win he gets.