MrBeast reduces woman to tears by giving her a free house

Jimmy ‘MrBeast’ Donaldson is at it again. After he surprised a woman by giving her a free house and a brand-new car, she broke down in tears in one of his YouTube channel’s most heartwarming moments.

MrBeast truly is the king of philanthropy. He’s had many hair-brained schemes to give away houses in the past, having started a Minecraft house building competition and picked out a subscriber to choose between having a house and a Lamborghini.

However, in this latest scheme, he really outdid himself. He decided to give away completely furnished houses, with every trimming you could possibly imagine, for just $1.

However, he kept one, completely empty house aside to give to someone in need. Todd Hallow, dad of MrBeast’s crewmate Chandler, nominated a friend called Felicia, who he explained had recently been in and out of hospital. MrBeast decided she was the perfect candidate for the free house. 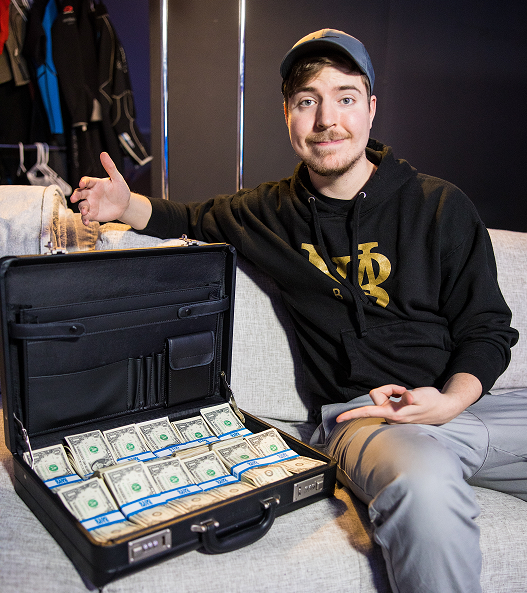 Todd was given unlimited use of MrBeast’s credit card to kit out the house. When it was furnished, they called Felicia over to deliver the good news.

After looking around the house, Felicia broke down in tears and was comforted by her daughter. “I don’t deserve this,” she added.

Felicia was able to regain her composure, however, and burst out laughing when she discovered a lifetime’s supply of coffee had been left in the kitchen. “Y’all are nuts,” she said.

On top of the fully furnished house, Felicia was given 6 additional TVs, an outdoor grill (confusingly placed indoors) and a brand new saloon car.

It’s the latest example of how MrBeast’s philanthropy really does change the lives of people fortunate enough to catch him during one of his schemes. And it pays off for MrBeast too – as he’s one of the most successful YouTubers.