Why Is Lirik Suspended From Twitch? Everything We Know *UPDATED* - Dexerto
Entertainment

Why Is Lirik Suspended From Twitch? Everything We Know *UPDATED*

UPDATE: Lirik announced that he is no longer suspended on Twitch, with the original suspension coming from a false copyright claim.

The full explanation can be viewed below. 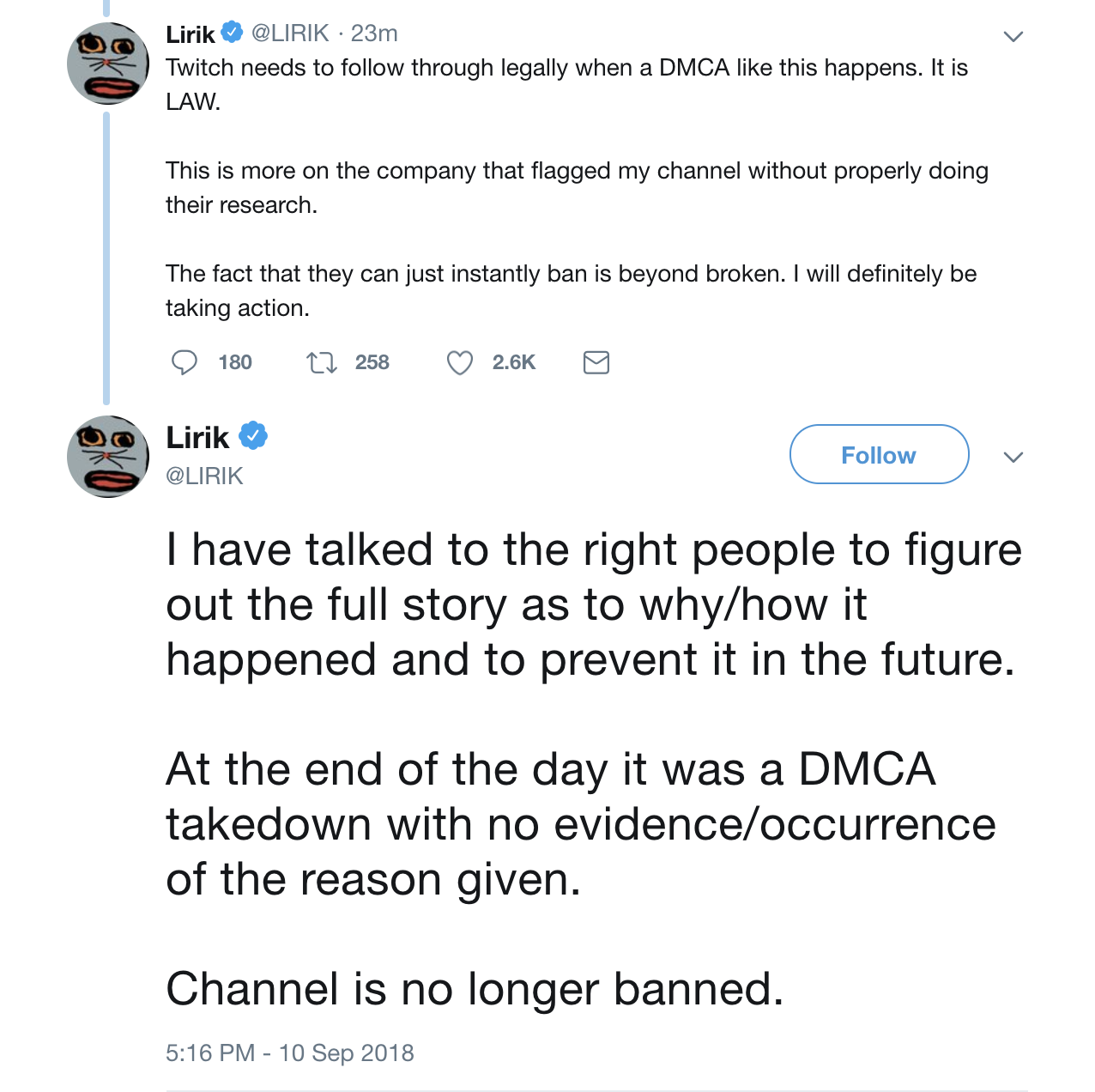 Saqib “Lirik” Zahid has become the latest high-profile personality to receive a suspension from the Twitch live-streaming platform.

On Monday, September 10, Lirik took to Twitter to reveal that he had been suspended from Twitch for ‘alleged copyright infringement.’

The copyright claim stems from UEFA (Union of European Football Associations), which is the governing body of the sport in the region. 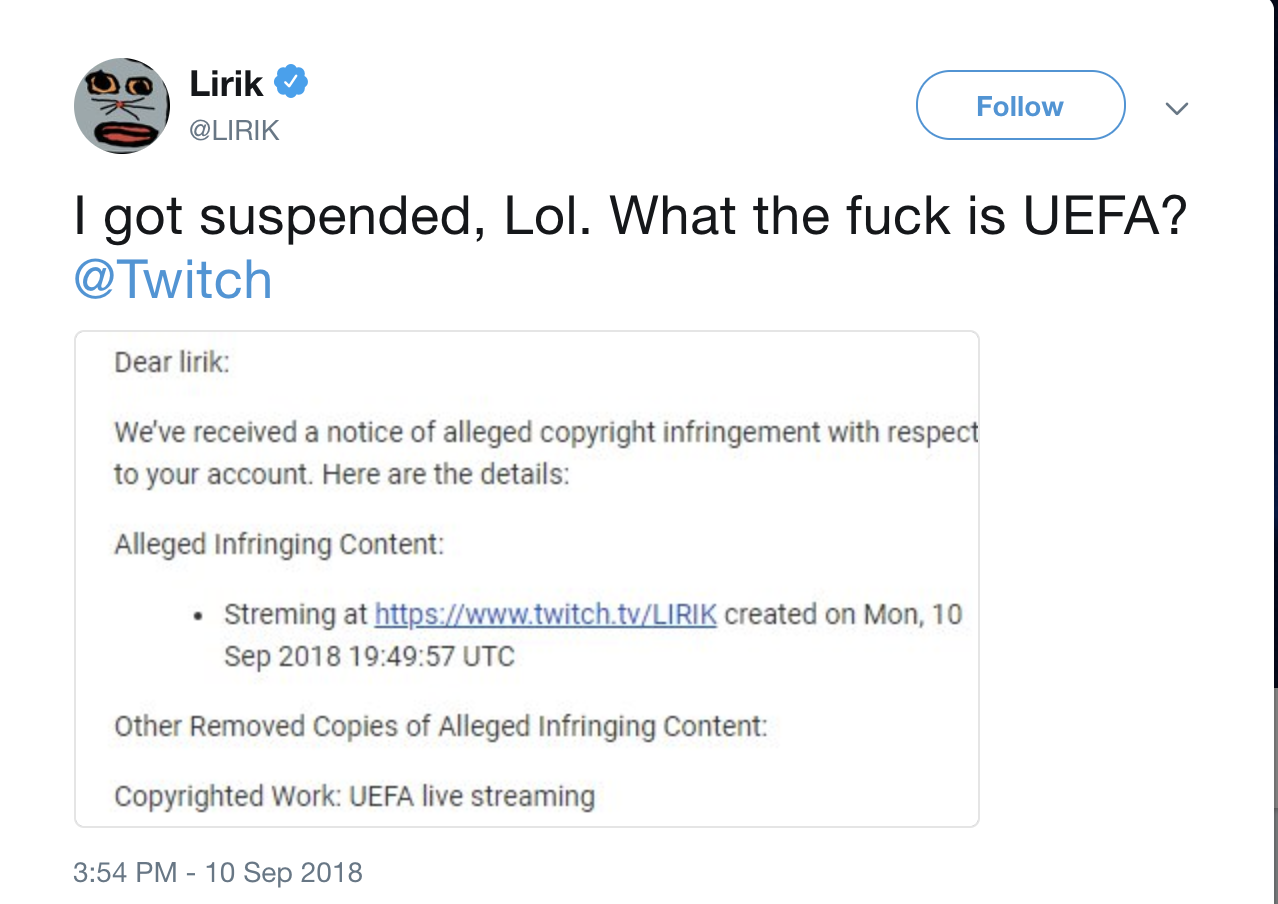 It should be noted that Lirik seemed confused by the decision to be suspended, especially due to the fact that he was streaming Call of Duty: Black Ops 4 ‘Blackout’ at the time.

At the time of writing, the exact reason for LIRIK’s suspension is unknown.

We will continue to provide updates to this story as more information is made available.