V-Bucks scammers have found a new way to push their predatory sites using popular Fortnite streamers to exploit a feature on Twitch.

Fortnite is the most popular battle royale game in the world, with its in game cosmetics bought with the in game currency V-Bucks. So scams looking to exploit people who want the currency for free have been around since the game first became popular.

An incident in the UK even saw organized crime groups using these scam sites to launder money. Now a new scam has emerged on August 17, and they are exploiting a Twitch feature to do it.

A popular feature on Twitch is the ability to take any moment from a live stream and clip it. Scammers are using this feature to promote their bogus sites by clipping top Fortnite streamers, and naming the titles to have their V-Bucks URL link as the title.

The streaming platform recommends other popular clips at the bottom of any clip that is taken, as well as listing them on the game’s featured page. Unfortunately, this is how scammers are advertising their scam sites, as their re-named clips are showing up in these sections. 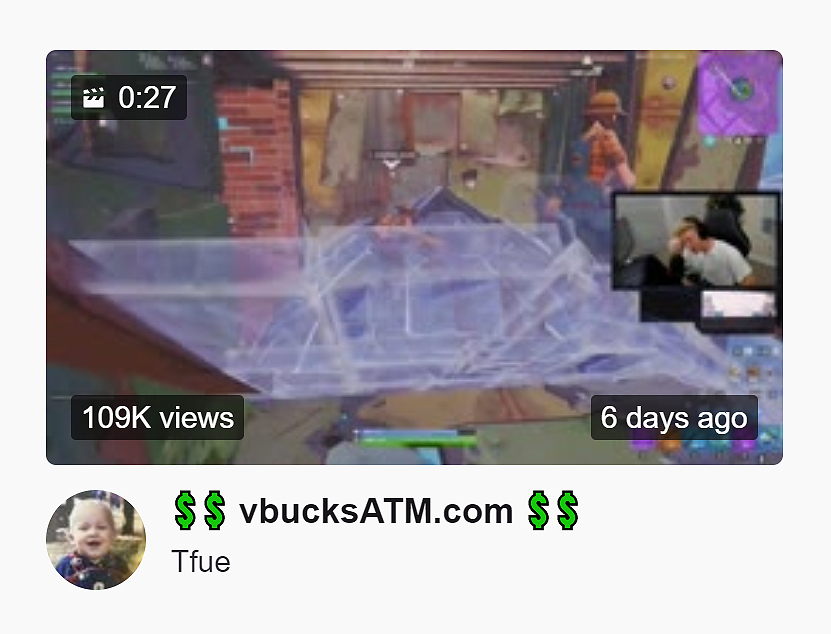 Most of the top streamers on Twitch either play Fortnite or compete in the battle royale game on a professional level. By wracking up millions of views and followers, a lot of eyes are on the clips taken from popular people.

V-Bucks scam sites are using the popular streamer Fortnite clips to promote their sites with the hopes that people will copy the URL and visit them.

One of the clips recommended was taken from the massively popular Turner ‘Tfue’ Tenney, and has over 108k views. The scammers have also taken other clips from the Fortnite pro to tally up the views.

Several clips from TimTheTatman also were displayed, totalling close to over forty thousand views. And there were also clips from other popular streamers, such as NICKMERCS, and Dr Lupo. 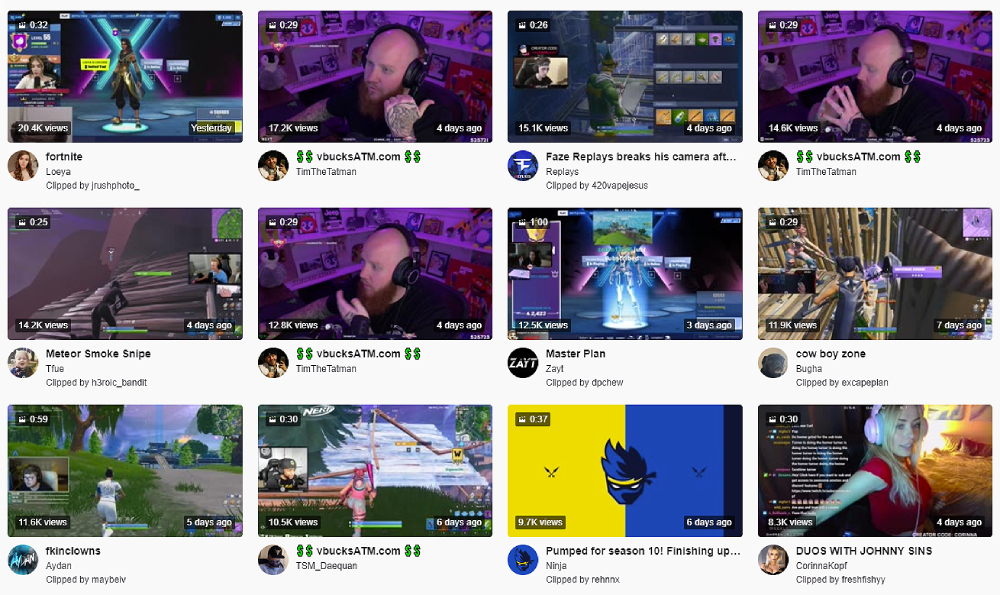 An example of the recommended Fortnite clips page.
600[ad name=”article5″]

As of the writing of this article, going to the Fortnite game page on Twitch shows the scammers in the top recommended clips, giving promotion to their sites.