In a since-deleted series of Instagram posts, Selina disclosed a collection of direct messages between herself and the YouTuber, which revealed his plans to fly her out to Miami, Florida for a ‘spontaneous’ getaway.

Alongside an assortment of screenshots, Selina likewise posted a screen recording of their DMs, which spanned all the way back from January 2018 up to present. 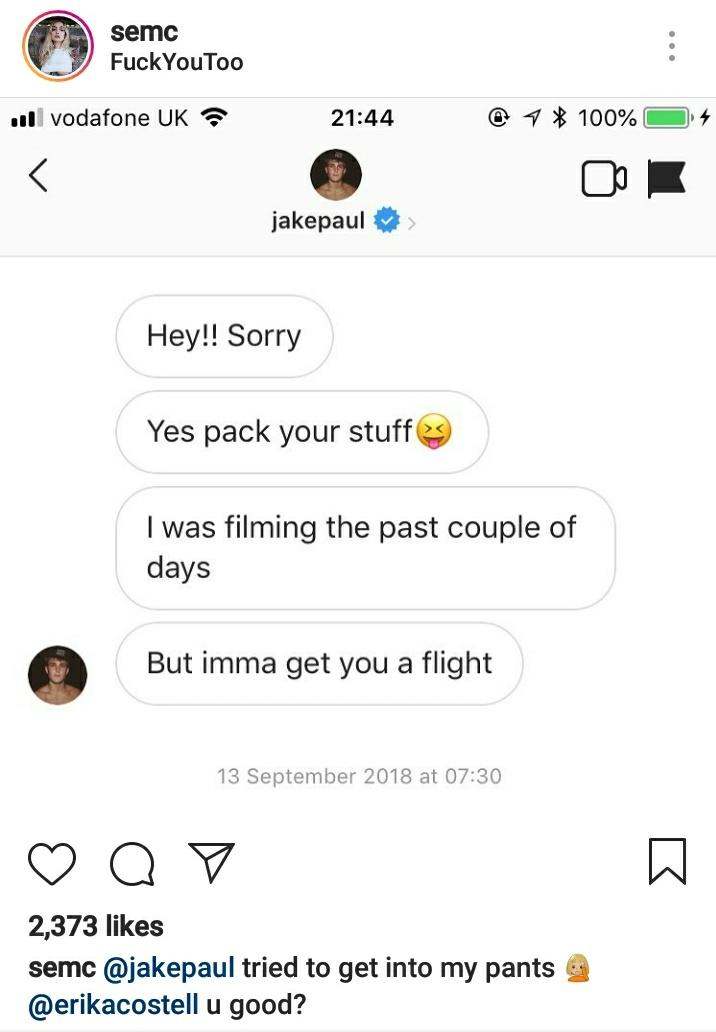 Selina even made sure to tag both parties in her post, which read:

“Jake Paul tried to get in my pants 🤦‍♀️ Erika Costell u good?”

Jake began their conversation with a “Yo babe!” to which Selina responded, “Hey… Jesus, you are the last person I thought I’d get a DM from.”

Since her publication of the images, Jake has blocked her on Instagram, likewise preventing her from making another attempt at contact through the platform. As is customary, the internet was quick on the draw to preserve their messages.

A video was uploaded to YouTube of Selina recording the DMs from another device, which revealed that she was down to join Paul on for the supposed flight to Miami – although whether she was leading him on or not remains to be seen.

However, some speculate that the DMs could have been faked, with a few Twitter users citing that Jake Paul’s diction in the messages doesn’t hold up to his usual speech. The video tells another story, with the account’s blue checkmark clearly visible during the duration of the clip.

Neither Paul nor Costell have made an official statement on the matter through their social media accounts.