Tyler1 reveals what he hates most about meeting his fans

Popular League of Legends streamer Tyler ‘Tyler1’ Steinkamp attended the LCS Spring playoff finals in April, where he met up with his many fans in real life – but one young fan apparently ‘triggered’ the controversial Twitch star.

Tyler1 is among the most popular names on all of Twitch, and by far the biggest in League of Legends specifically, remaining dedicated to the MOBA game for almost the entirety of his broadcasts.

He has also caused controversy within the community, though, even being banned by Riot Games for his ‘toxicity’ (they even called him a “genuine jerk”), but has since mended his relationship with the developers and regularly attends LoL esports events. 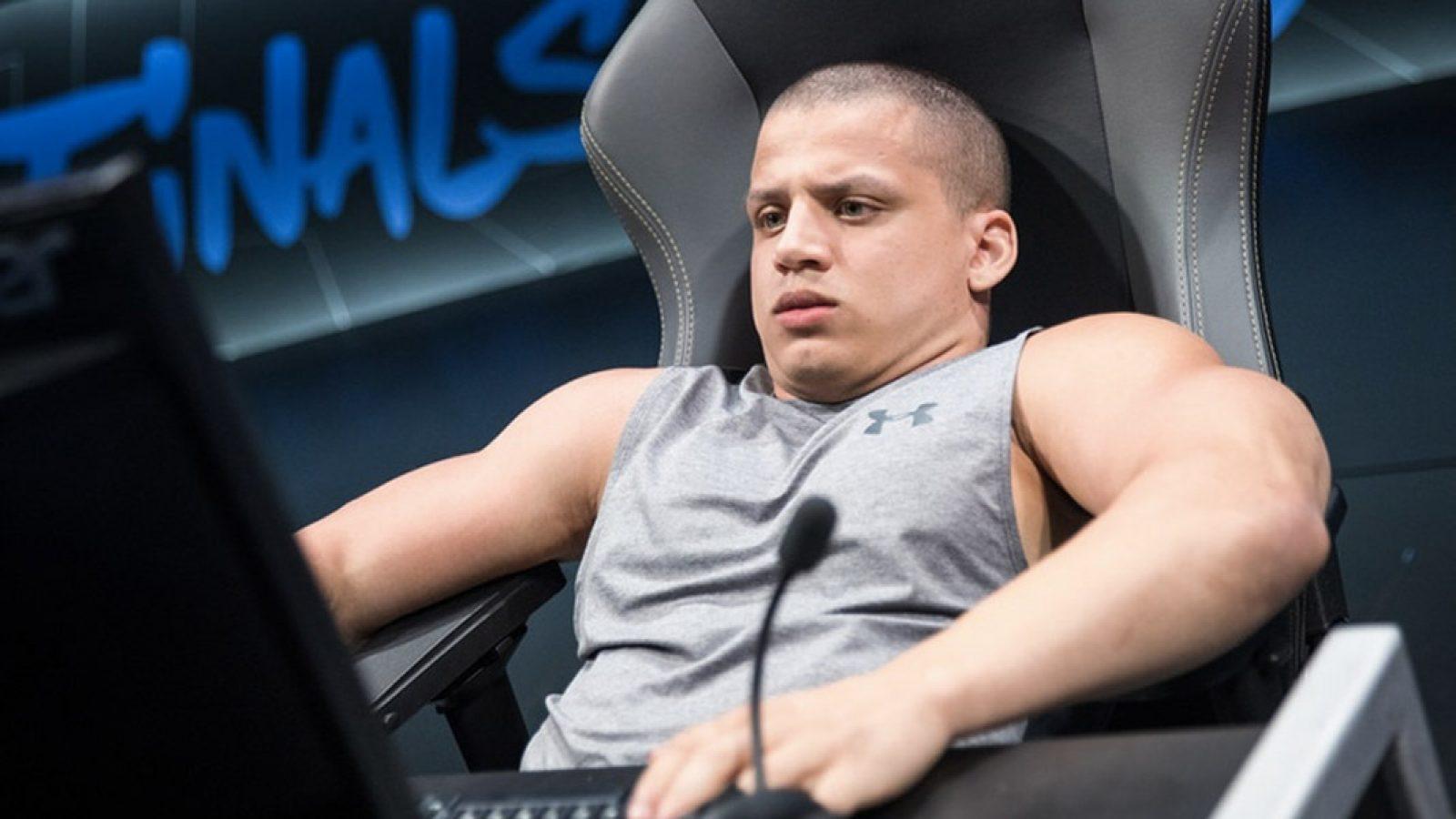 Tyler1 played in the showmatch at the LCS Summer Playoffs in 2018.

Although he didn’t make any on-camera appearances at the spring playoff finals, like he did in 2018’s summer playoffs, he would still have been the center of attention for many of the fans in attendance.

Upon returning to his stream on April 16, Tyler1 recalled meeting one fan in particular, who he estimates was only around 12 years old, who commented “I love your videos.” Although the compliment may seem innocent enough, it apparently enraged T1.

He explains that if someone says they love his videos, it likely means they know him as a YouTuber – and Tyler1 apparently hates being referred to as a YouTuber.

“I’m not a YouTuber! I’m a streamer, then a YouTuber – that shit tilts me more than anything.”

Tyler1 even claims that he was so angered by the young fan’s comment, that he wound up a haymaker, and his girlfriend Macaiyla had to hold him back – although was presumably a slight exaggeration.

While this may surprise some non-Tyler1 fans, it actually wouldn’t be that out of character for him, as he has no problem with being straight with his supporters, at least during his live streams.

He even roasted one of his viewers who donated him $100, calling them a “dumbass”, since the money would almost certainly “help you a lot more than it would help me.”

Of course, it’s unlikely he actually considered punching a 12-year-old, but the story is ridiculous all the same.