Twitch streamer ‘Macaiyla’ was asked for help to maneuver a sticky situation they found themselves in when she retorted with brutal words at the expense of the prominent personality that is Dr Disrespect.

Broadcasters on the site routinely give advice or feedback to anybody in their Twitch Chat who are brave enough to publicize their problems to streamers and audiences. But it didn’t seem like Macaiyla was interested in mincing her words when someone brought up their stint of infidelity on her stream.

Macaiyla was stunned when a member of her chat revealed they had cheated on their girlfriend over the weekend. 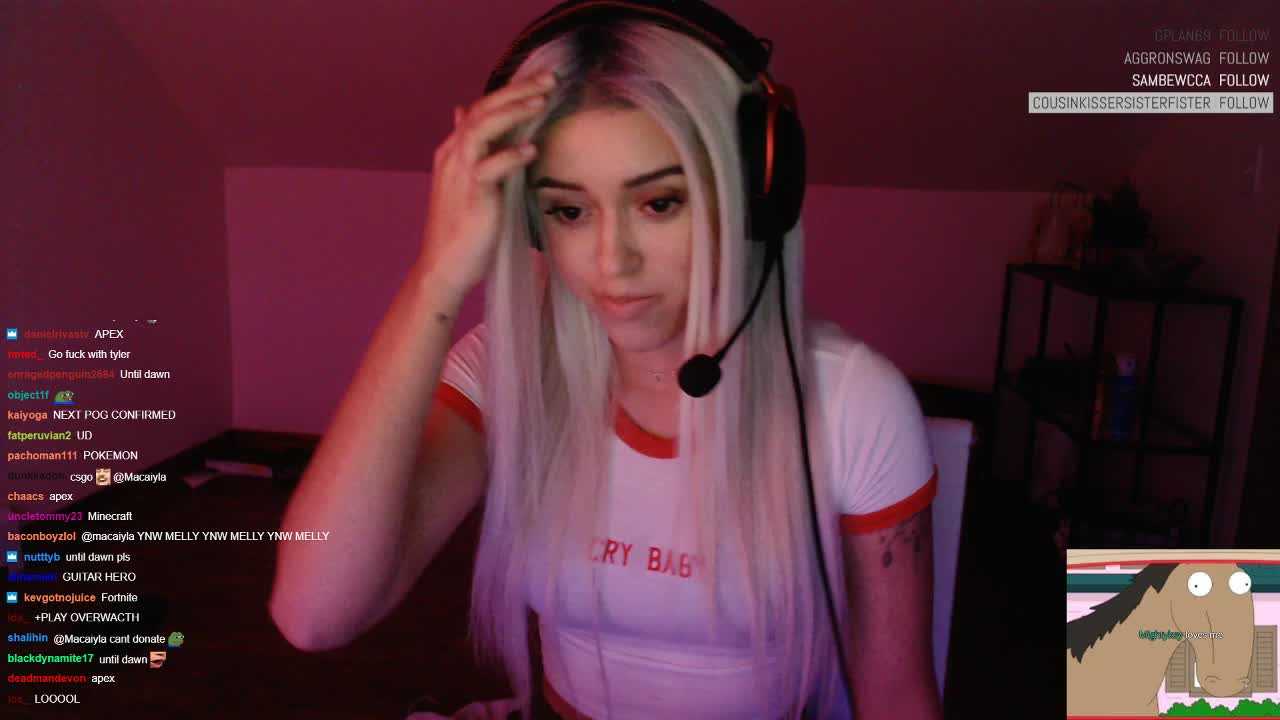 Audiences know Macaiyla for giving her real opinion on different topics, and she definitely didn’t hold back when a viewer admitted to cheating on their girlfriend.

A harsh response out of no where

The streamer took a moment before suggesting she had nothing to tell her viewer, instead referring them to Dr Disrespect who famously revealed his extra marital affairs in a brief stream.

Macaiyla was shocked after reading the donation request, but it looked like her Twitch Chat were even more surprised from her response, with many of them spamming “oh shit” or “forsenCD.”

What if Macaiyla got cheated on?

Later in the stream Macaiyla wondered if her boyfriend, popular League of Legends streamer ‘Tyler1,’ would cheat on her while being abroad in Germany at TwitchCon 2019.

In thinking about the possibility of Tyler cheating on her, she reacted with an incredibly NSFW response of what she would do if she was cheated on.

“Do you guys think Tyler is cheating on me right now while he’s alone,” Macaiyla said. “Fuck it, if he does I’ll go cheat on him. Actually I’ll get double penetration. Fuck it let’s help Eric, if Tyler ever cheats on me, I’ll…. Never mind. No, I’m not even saying that, that’s so weird man.”

She immediately regretted the idea of cheating on Tyler with his brother Eric ‘Erobb221,’ calling it “literally incest.” Though it seems like IRL streamer ‘GreekGodX’ would be an option for Macaiyla, later saying: “yeah, fuck it, I’ll suck Greek’s dick. I already sent Greek nudes. Fuck it, there’s no harm in doing shit with Greek at this point.”

Macaiyla was very imaginative about the possibilities if Tyler ever cheated on her, though she still had some harsh words for Doc when recalling his affair.