With TwitchCon 2019 rapidly approaching, Twitch have just announced the dates and location for the 5th edition of the annual convention.

TwitchCon is one of the biggest conventions in all of video games, bringing together many of the most popular streamers and personalities on Twitch.

On February 20, Twitch officially announced that TwitchCon 2019 will take place from September 27-29 at the San Diego Convention Center in San Diego. California.

On September 27-29, get ready for a celebration of everything Twitch crammed into one awesome weekend. It’ll be like this video, but even better. Learn more at https://t.co/dSSlpfGF5J. pic.twitter.com/C3vFcdRMxG

TwitchCon 2019 marks the fifth time in as many years that the popular convention will take place in California.

It will also be TwitchCon’s second stint in San Diego, with TwitchCon 2016 also taking place at the San Diego Convention Center.

No other details besides the venue and date were announced, but Twitch assured fans that more details on ticket sales, streamer appearances, and programming schedules would be revealed in the coming months.

While TwitchCon started out as strictly a convention filled with streamer meet-and-greets and panels on various streaming topics, it’s quickly become one of the premier destinations for high-level esports competition, as well.

During TwitchCon 2018, there were major tournaments held for both Fortnite and Call of Duty: Blackout.

With the recent release and popularity spike of Apex Legends, including Twitch’s own Apex Legends Twitch Rivals tournament, there’s almost no doubt that it will also be heavily featured during TwitchCon 2019. 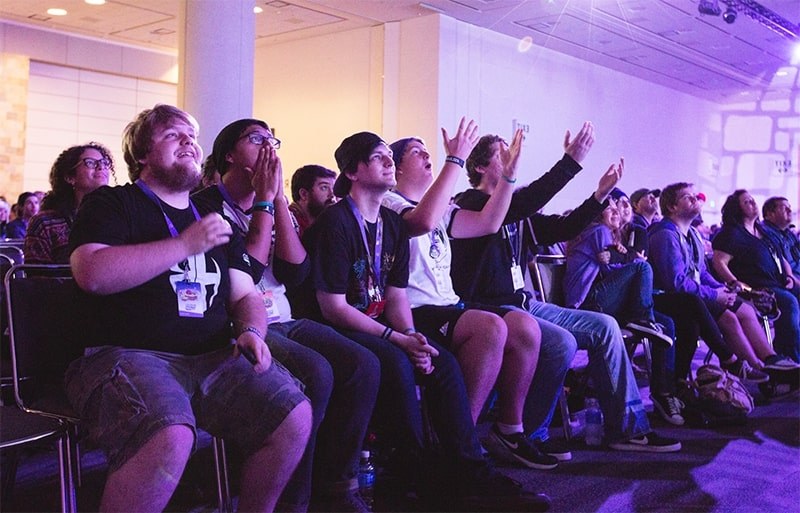 TwitchCon 2019 is sure to bring plenty of great competition to the table.

You can read the full press release from Twitch below:

Twitch, the leading service and community for multiplayer entertainment, today announced its 5th annual TwitchCon event will return to the San Diego Convention Center on September 27-29, 2019. TwitchCon is an annual celebration of the Twitch community, spanning its streamers, their fans and moderators, as well as developers, publishers, and brands. The conference was previously held in San Diego in 2016.

To assist with accommodations at TwitchCon 2019, Twitch has secured a limited number of reduced-rate hotel rooms near the convention center. Since rooms at the group rate are limited and available on a first-come, first-served basis, attendees are encouraged to book early for the best selection and price through Twitch’s online booking system located at TwitchCon.com.

Additional TwitchCon 2019 details will be shared in the coming months, including ticket sales, call-for-content, Partner appearances, exhibitors, programming schedule, and more. To receive TwitchCon-specific updates, visit the TwitchCon homepage to sign up for the newsletter or follow the TwitchCon Twitter feed.

Each year TwitchCon attracts tens of thousands of Twitch community members from all over the world. This year Twitch is also hosting its first TwitchCon Europe in Berlin.