Twitch streamer and digital artist Kuno found himself in hot water after he and his girlfriend hurled insults toward a fellow artist, mocking her art and calling her “autistic” in a clip that quickly went viral.

Being a Twitch streamer means everything you say while live is in the public eye, so incidents you think might not be a big deal could ‘blow up’, as was the case with Kuno on his stream from May 1.

Kuno and his girlfriend Hana were looking at various pictures of art designed by Neko, another Twitch streamer who specializes in art, making fun of it the whole time. 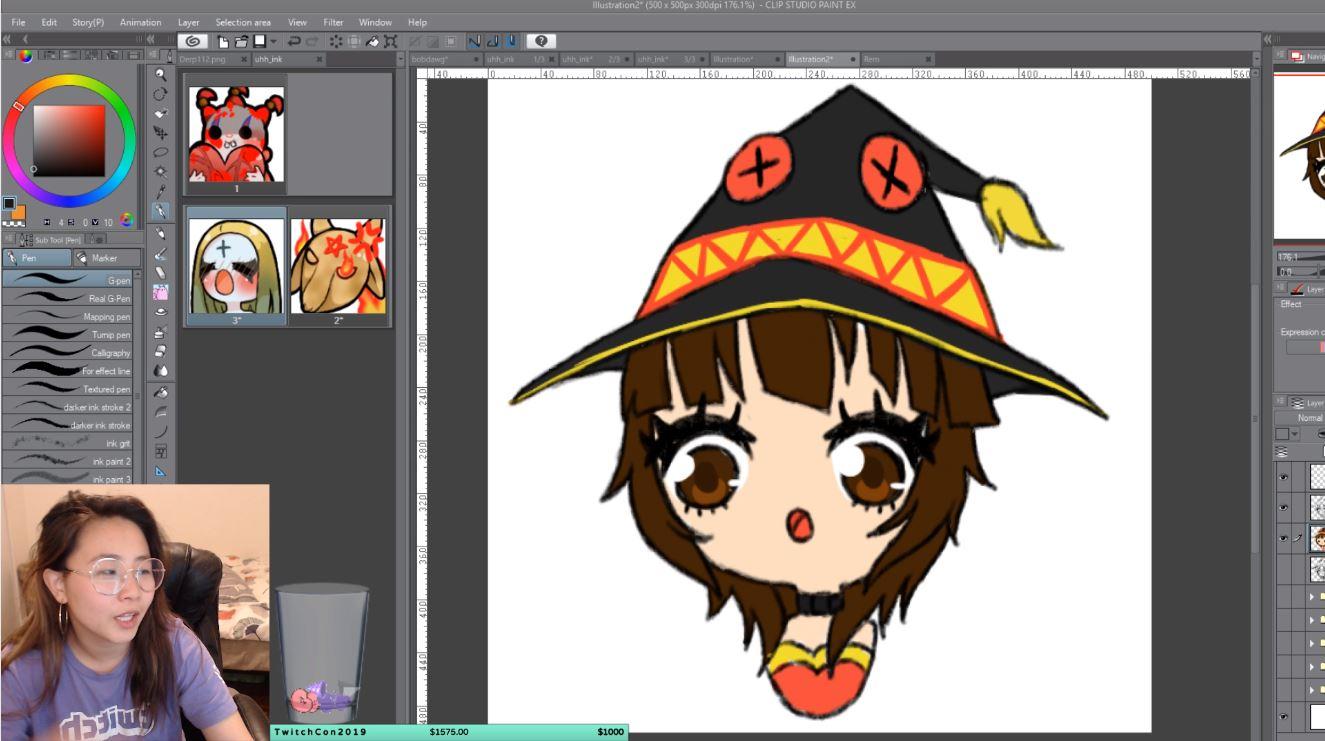 The two were browsing through Neko’s Twitter account, and had little positive to say, while their viewers went along with it, mentioned how she has 4,000 followers.

“It’s so bad, none of it is good,” Hana said. “My sister could draw better than this when she was 5-years-old.”

It didn’t end there, however, as Kuno jumped in with some comments of his own. “Hold up, you know she’s powerful though,” he said. “Look how broken she is.”

To this point, their comments could be spun as just some very harsh criticism, but Hana also went on to suggest that Neko could be autistic.

“Why do people care about her,” she asked. “Maybe she’s autistic. Maybe people feel really bad for her, maybe something’s wrong with her,” before continuing to call the art trash.

“It literally looks like MS Paint,” she said. “Her art is trash, like it’s not art. It just makes me upset that some trash, I don’t even want to call her an artist, some piece of trash who like learned how to use MS Paint can have more followers and attention and love than my Kuno just because she has a vagina instead of a fuckin’ dick.”

Community comes to support of Neko

In the above clip, you can see Neko is just sitting at around 4,000 followers, but that number has since skyrocketed after the clip went viral.

Her Twitter page now shows her sitting at over 18,000 followers, more than quadrupling her followers since all this went down. Her Twitch account has more than 26,000 followers too, nearly tripling the number on Kuno’s stream.

She sent out a tweet thanking everybody who came to her side and supported her: “I really hope this can bring an awareness and we at least learn something from it,” she wrote.

I am slowly responding to ALL of warm and encouraging DMs. I am sorry if I don't respond fast.

Thank you @bananabreaa and everyone who stood up for me and gave me so much support. I really hope this can bring an awareness and we have at least learn something from it.

On her stream, she addressed the incident while condemning the actions of both Kuno and Hana.

“Artists don’t underestimate someone’s effort,” she said before breaking down in tears.

Kuno apologized for what happened

Kuno posted a public apology on Twitter regarding the incident by letting everyone know how badly he messed up and said he will follow up with a more in-depth apology later on.

“I fucked up today guys,” he wrote. “I let Neko and my community and the entire art community down today, and I’m in the wrong. I assume 100% of the responsibility of what occurred on my stream.

I fucked up today guys. I let @DreamNekoTV and my community and the entire art community down today. I'm sorry, and I'm in the wrong. I assume 100% of the responsibility of what occurred on my stream.

I will respond with a more in depth apology as soon as possible.

Unlike Neko, Kuno’s replies were not so supportive, condemning him for his actions.

It appears as if Kuno lost a fraction of his Twitch following as his follower goal during the streamer was 9,001 and it shows he made it all the way to 9,143 but is now sitting below that number. However, it’s slowly climbing back up.