A Twitch streamer from Finland who was jailed in Cambodia and continued to broadcast content has finally been released.

It is unclear as to what the reasons were for his imprisonment in the Southeast Asian country, but rappiomatkaaja – as he’s known on the platform – had previously streamed while doing drugs, been spotted taking pills and snorting cocaine.

After continuing to stream for his fans while in the confines of a prison in Cambodia, though, some of his content has gone viral in the time he’s spent behind bars. 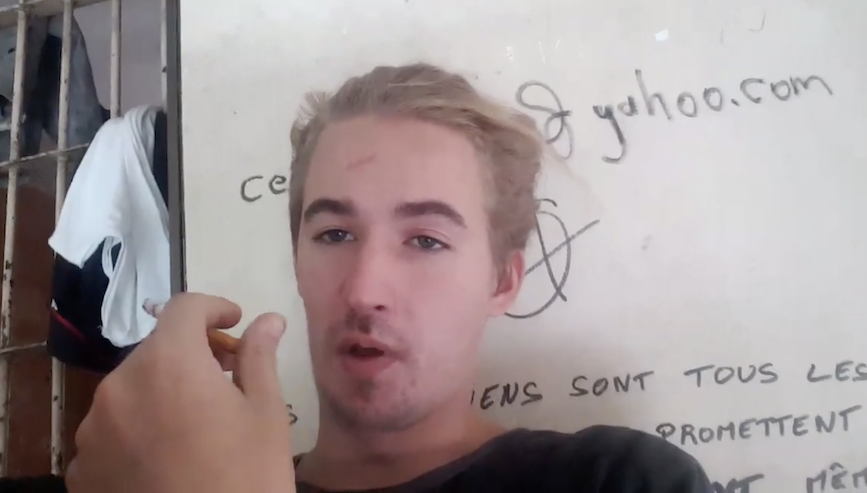 Rappiomatkaaja has been streaming live from prison on Twitch.
[ad name=”article2″]

Some of his previous live streams might have proved controversial, particularly those including drug use, but the streamer even started to interview other cellmates about their experiences in the jail.

A number of other popular clips were captured by viewers during his stint behind bars, including the following moment in the bathroom – which has attracted over 325,000 views at the time of writing.

New Zealand journalist Chris Knight appeared during his Twitch stream on August 4, who had been reportedly charged for stealing belongings of a customer at a gym – according to Cambodia Expats Online.

He had lived there for five years, he said, but landed himself in prison after the newspaper he worked for was “shut down”, which appear to conflict allegations of theft that were published back in February 2018.

“[The newspaper] was told to write articles that the government approved of, so journalism went dead because we had to write pro-government on everything,” he added. “If you get caught criticizing the Prime Minister, there’s a very good chance you go to jail.”

How rappiomatkaaja had managed to continue his regular streaming while in the Cambodian prison is unknown, and the details of his arrest, as well as imprisonment, are unclear.

Nonetheless, he’s now been released and is flying home.